Authored by John Tamny via RealClearMarkets.com,

In Phishing for Phools, a 2015 book that George Akerlof co-authored with Robert Shiller, the authors wrote without even a hint of irony that people “do not do what is really good for them, they do not choose what they really want.”

Please think about the previous bit of absurdity from the two economists. Maybe think a while.

If they’re to be believed, we’re all just a collection of idiots. That’s what their allegedly careful economic analysis concludes. 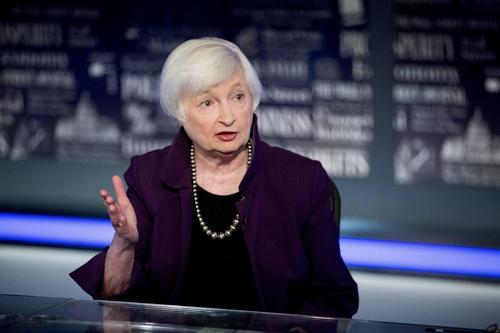 Explicit in the authors’ disdain for the hoi polloi is that we’re all easy marks for manipulative advertisers who, backed by copious funds, can easily trick us into buying all manner of things we don’t need.

Better yet, they can allegedly trick us into doing what we otherwise wouldn’t do.

Michael Bloomberg would likely disagree with the theorists. You see, just last spring he spent over $500 million on a presidential campaign that brought new meaning to inconsequential. He then spent $100 million to help buy Florida’s electoral votes for Joe Biden in the recently concluded presidential contest. It seems Floridians were about as malleable as Democratic voters were. Bloomberg failed again.

Though Shiller and Akerlof bill themselves as “admirers of the free-market system,” they doth protest too much. By their lights we’re all “vulnerable” to the entreaties of greedy capitalists who are eager to “phish” us through fraudulent marketing techniques. Apparently we dupes have been “exploited by marketers for decades.” Of course, actual markets reject the highly unoriginal musings of two economists making baseless claims.

If readers doubt this, consider the success of one of the world’s best-known brands, Coca-Cola. When this marketing juggernaut rolled out New Coke in the 1980s, consumers very quickly rejected a disastrous attempt to alter the palates of the buying public. Ford Motor Co. was once thought to possess the ability to capture the dollars of the car-buying public until the Edsel came along. Disney properly touts its blockbuster movie history, particularly since the acquisition of Pixar, but no amount of marketing savvy could help the film behemoth overcome the execrable nature of John Carter, Around the World In 80 Days, and Mars Needs Moms.

If false marketing were truly the source of corporate profits, wouldn’t the Forbes 400 be dominated by advertising moguls? If a sale is as simple as fleecing us Phools, why don’t the marketing budgets of corporations dwarf everything else by a mile? Why is it that marketing and PR expenses are the first to be cut during economic downturns? Why do the most valuable companies in the world (think Apple, Amazon, Alphabet, Microsoft and Facebook) spend tens of billions annually acquiring innovative unicorns if they could spend a fraction of the amount on marketing to make sure the Phools don’t migrate elsewhere?

Shiller and Akerlof lament that “There are thousands more phishes in the supermarket, embodied in all the different products on the shelves, each with its own marketing experts and advertising campaign.” The horror! Back to reality, if it were true that supermarkets were just rip-off operations, then it would also be true that the inventory of grocery stores would never change as a reflection of consumers purchasing what they’re told to purchase, as opposed to their preferences helping dictate what’s on shelves. Better yet, if buying were all about being swindled as the authors naively believe, there would be very little production to speak of. You see, we produce in order to get. Not according to Akerlof and Shiller. As they see it we’re sitting ducks producing mindlessly before manipulation empties our pockets.

In a short book that remarkably took the authors five years to write, Shiller and Akerlof even made time to go after Cinnabon. It’s hard to type this without laughing, but apparently Cinnabon controls us too! If the authors are to be believed, this rather minor shopping mall tenant has long had a knack for making us do what we shouldn’t by expertly placing its stores “in the track of people who would be vulnerable to that smell.”

The main thing is that Akerlof and Shiller are gypping their readers when pretending they admire free markets. Though they claim “admiration,” they assert in sad fashion that in “almost the richest country the world has ever known, too many lives are led in quiet desperation” thanks to the cruelty of rapacious market forces defined by capitalism. Oh yes, that’s why the world’s poorest have been risking their lives for so long to get to the U.S. It seems they didn’t know what was good for them either. “America” tricked them, only for “desperation” to follow their arrival in the States.

Important about all this is that Akerlof, the co-author of what might be one of the most ridiculous books on “economics” ever written, is married to Treasury secretary nominee Janet Yellen.

Much more important, Akerlof recently told the New York Times that he and Yellen have “always been in all but perfect agreement about macroeconomics.” If so, it might be useful for the senators questioning Yellen at her Treasury confirmation if near “perfect agreement” between her and her husband includes admiration for Phishing for Phools?

Beyond that, the Times reports what is well known; that Yellen “is a Keynesian economist, which means she believes markets have imperfections and sometimes need to be rerouted or kick-started by government intervention.” Translated for the knuckle-draggers who don’t know what’s good for them, Yellen’s response to slow economic periods is even more muscular government control of resources always and everywhere produced in the private sector. In short, her ideology vandalizes basic common sense.

Does all this mean disaster awaits if Yellen is confirmed as is likely the case? No, life goes on. At the same time, ideally all the hagiography about the former Fed Chair will end. While Yellen is surely smart in the book sense, there’s absolutely nothing remarkable about her economic knowledge. In truth, her ideology is very unoriginal, and is rooted in the hard-to-credit view that economic growth can be engineered via the forced redistribution of wealth from producers to consumers.

This Week’s Most Popular Articles

Patriot Act Used By The FBI To Collect Internet Browsing Data, Contradicting Claims Made To Oversight