The Collapse Of Greensill: ‘Unwise Enablers’ & A Dearth Of Due Diligence

All That Glitters Is Not Gold

The collapse of Greensill involved a predicable cast of unwise enablers, but it should serve as a warning to the growing number of Alternative Asset buyers on the dangers of complex deals which promise much but deliver less. Due diligence is critical in the highly illiquid alternatives sector. 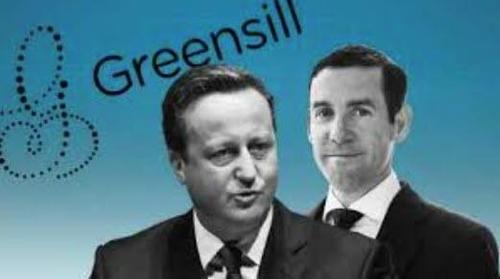 You really can’t make it up when it comes to the collapse of supply chain charlatan Greensill. I suspect it will make a great film… It should also send a judder down our spines, reminding us things are seldom what they seem in complex structured finance:

At least former UK premier David Cameron will be happy. A majority comprising Tory MPs on the UK’s Treasury Select Committee blocked an inquiry into Greensill yesterday … on the basis it may be politically influenced. The fact Call-Me-Dave was texting chancellor Rishi Sunak pleading for GFC to be a special case for Covid Bailout loans says it all about the dangers of lobbying. The SNP will be equally delighted at the lack of scrutiny of dodgy dealings up in the Highlands.

The Greensill collapse is unlikely to be the last time financial chicanery is exposed as sham. And that is why holders of European Alternatives and Asset backed transactions should be nervous. The lessons of the Greensill deals are multiple:

There over 1000 holders of the $10 bln plus of defaulted Greensill investment structures packaged and issued by Credit Suisse – which marketed them as ultra-safe secured investments. Under the law, what the holders recover on these deals will rather depend on how much the administrator and the courts can jemmy out of Sanjay Gupta’s dead-firm walking; steel and commodities business GFC Alliance. (I have no hesitation in saying GFC will go to the wall – there can’t be a single sane financial firm on the planet willing to finance them as the story of its’ Greensill relationship emerges and its connected in-house banking arrangements become clearer – although, apparently, a state rescue is under consideration to save jobs.)

Investors will be lucky to see much more than the 30% recovery already in the pot from non-Gupta related investments in the Greensill funds – but Credit Suisse may decide to make its investors good.  The reputational damage of seeing their private and investment banking clients clobbered for their stupidity, which would negate their private banking brand, may mean it’s worth taking the hit. No wonder CS staff are very grumpy about their bonuses.

Successful financial scams require willing participants. All the usual fools are there in the mix.

Yet again the German regulator missed what was going on in Greensill’s German bank and its exposures to Gupta. The team at Credit Suisse who agreed to warehouse Greensill originated “future receivables” and sell them as pristine secured assets have a limited shelf life. The insurance broker who managed to convince an insurance fund the underlyings were AAA quality looks vulnerable. Or what about the sales teams in Morgan Stanley who actually marketed the deals. Yet again Softbank is in the frame after it invested in excess of $1.5 bln at a $4-7 bln valuation, hailing Greensill as a leading Finech, when the actual truth is that its high-tech driven lending algos were nothing more than basic Excel spread sheets.

Greensill’s financial magic was little more than sheer chutzpah – being able to persuade investors that the dull old low margin conservative business of factoring – short-term secured lending against invoices and accounts receivable, was something incredibly clever, undervalued and able to generate huge returns based on unique proprietary tech.

Greensill deals went further. Rather than just factoring Gupta’s bills to suppliers and its invoices, the firm conjured up “future receivables” – pledging the company’s expected future earnings for lending now. That’s not necessarily a bad thing – its basic credit – but it only works if these earnings were completely predictable like obligated mortgage payments. What Greensill was doing was lending on future earnings on very volatile commodities. Remember – oil prices went negative in 2020.

In return for funding challenging names we know Greensill took divots out these clients. It made over £36 mm financing Gupta’s deals in Scotland, and an amazing $108mm in fees from the $850mm Bluestone coal deals in the US – for which it is now being taken to court. All these fees gave Lex Greensill the wherewithal for his private Air Greensill fleet – but didn’t make the financings any safer.

Any smart investors would probably have asked questions – but what’s not to like about a deal that’s secured on receivables, offers a high coupon, is wrapped with an insurance package from reputable insurer and involves major investment firms like Credit Suisse banking them, and Morgan Stanley marketing them?

One question is how did Greensill get away with it so long?

It was clear as early as 2017 there were major issues with some of the supply chain financing deals Greensill was putting together. The following year a major Swiss investment group, GAM, blew up when deals a leading fund manager had bet the shop on were questioned internally. A review by external investigators discovered a lack of information and documentation on a whole series of Greensill deals. They questioned how due diligence was done on the deals. The fund manager was suspended and later dismissed – triggering a redemption run on the fund. The whistle-blower was also shown the door on the back of massive client exits.

GAM invested in the funds because it’s very hard to turn down the promise of a low risk / high return deal that promised so much more than the tiny yields available in conventional credit markets.

Despite the events at GAM, Credit Suisse went on to package $10 bln plus of Greensill deals. It was all done with an insurance wrap from a single name put them in its safe bucket. I know other insurance firms refused the deals. The trigger for the collapse of the Greensill scam was the withdrawl of that critical insurance – causing Credit Suisse to stop. Greensill has known for a year Tokyo Marine (which sacked the underwriter involved) would not renew and had been unable to find alternative cover.

Perhaps Credit Suisse bought the story and Softbank link that Greensill was a remarkable new Fintech with the Midas touch of changing dull, conservative factoring into a money machine? All that glitters is not gold.

One of the major developing themes in markets has been a shift from financial assets – which are seriously mispriced due to monetary distortion and financial asset inflation – into real assets, the so-called alternatives market. Alternative because they are not stocks or bonds, but cash flows and real assets. The collapse of Greensill will heighten awareness of due diligence risks in these non-standard, off-market, asset backed alternatives. Alternative asset holders will be looking at holdings for what else might be wobbly.

For instance, I might urge them not to be hypnotised by the assumptions underlying a well-known fund investing in music royalties, the basis of which is also being questioned by analysts. (I certainly won’t mention the fund by name as the manager is a well-known litigant.) I have no reason to believe or disbelieve what analysts, the FT and a US investment bank have said about it overpaying for assets or questioning the valuation hikes it puts on future revenues when it acquires catalogues. Personally I like music assets, know their value, and, given certain circumstances the fund in question might come good. Equally.. it might not.

To understand how these deals works its critical to understand exactly what’s occurring within the structures – how real are the assets, how the cash flows, how its accounted, and where it goes. That’s why having top notch accountants and lawyers is such an important requirement for any deal. However, if they are working in the interests of the issuers and bankers – then investors are the likely patsies. There is a real difference between the way US and European Asset Backed deals are structured – basically US deals are transparent. European deals tend to be opaque.

Alternative deals based on real assets and tangible cash flows are often, but not always, decorrelated from distorted financial assets, allowing low risk deals to yield better long- term returns. They tick can the box in terms of risk vs return and provide significant diversification away from conventional markets. The major negative is there is little pretence they will be liquid assets. If you want to sell – even in good markets it will not be easy.

The only way you should participate in Alternative type deals is by knowing exactly what’s going on. And – yes, my day job is Head of Alternative Assets. Happy to discuss in depth any time.