Manhattan’s luxury condo frenzy cooled in the last few years. Owners are taking realized losses as they offload properties at steep losses. We’ve spent the last 19 or so months writing about the borough’s deteriorating residential market conditions. Now it appears a floor has been put in as buyers rush in and purchase luxury homes at deep discounts.

The latest market report from Olshan Realty shows 41 contracts were signed last week at $4 million and above. Last week was the seventh consecutive week of 30 deals or more in the borough, the best streak since 2006. 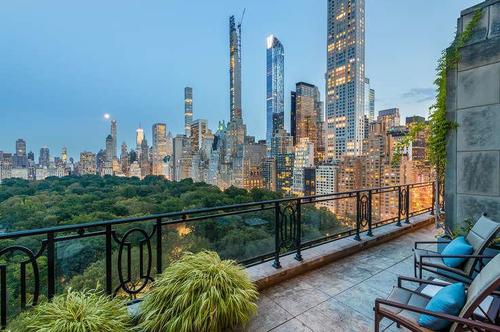 This is “the comeback year,” Donna Olshan, president of the brokerage, told Bloomberg. “These are people who live in New York or are from New York, and they’re betting on the home team.”

Earlier this month, Olshan said wealthy sellers in the market have no interest in sticking around in “New York if they’re not using the asset or if the asset isn’t giving a return.”

With Mayor Bill De Blasio doing everything he possibly can to drive both businesses (like Goldman Sachs) and individual citizens out of the city, the effects of his colossal mismanagement and general cluelessness have been at the expense of the ultra-rich who are panic unloading their luxury condos or townhomes for more space and comfort in rural communities.

According to Olshan, condos accounted for 68% of last week’s signed contracts priced at $4 million or more, while co-ops made up 20% and townhouses 12%. The average asking price was $7.4 million, and discounts averaged around 11% off original asking prices.

Luxury Manhattan homes are only back in vogue because prices are deeply discounted as smart money leaves the metro area. The question remains who is catching the falling knife?

Mainstream Media Poses ‘Major Threat To Democracy’ According To Poll