The Coming Demographic Collapse Of China

Authored by Gordon Chang via The National Interest,

China this century is on track to experience history’s most dramatic demographic collapse in the absence of war or disease. 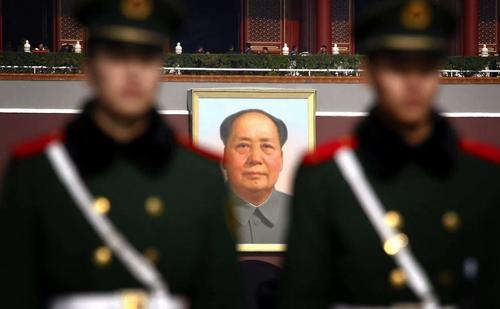 Today, the country has a population more than four times larger than America’s. By 2100, the U.S. will probably have more people than China.

China’s National Bureau of Statistics typically releases population data for the preceding year in early March. This year, NBS delayed its announcement because the central government is scheduled next month to announce preliminary results of the 7th national census, conducted in November and December.

The image of Chinese economic and geopolitical dominance will be severely dented when Beijing releases census data. Xi Jinping may believe “the East is rising and the West is declining”—the money line from one of his speeches late last year—but that view will be exceedingly hard to maintain.

The Chinese take great pride in being part of the world’s most populous state. Beijing reported China’s population in 2019 hit 1.4 billion in 2019, up from 1.39 billion the previous year.

Chinese authorities will undoubtedly report an increase for last year as well. They are on record as believing the country’s population will continue to grow for more than a half decade.

Some are skeptical of China’s total population figures, however. Yi Fuxian of the University of Wisconsin-Madison told The National Interest that China in 2020 likely had a population of 1.26 billion. The noted demographer does not believe the number could have exceeded 1.28 billion.

Why did Yi provide a range? China’s demographic information is notoriously imprecise.

Moreover, officials also have incentives to report that couples have used up their two-birth quota when they have in fact not done so. National Health and Family Planning Commission officials, Yi told Voice of America, report exaggerated births because real birth numbers, if known, would bolster the case for that body to be scrapped. Municipal governments, local education departments, and hospitals have been overstating China’s numbers for a different reason: to obtain subsidies or maintain budget allocations.

Yi’s estimates look reliable. True, Beijing scrapped the notorious one-child policy, perhaps history’s most ambitious social-engineering project, as of the beginning of 2016 and there was a spurt of births that year, but since then births have fallen every year.

Beijing has not announced births for last year, but early numbers indicate they plummeted from 2019. Births in the household registration—hukou—system plunged 14.9% to 10,035,000 last year. Because births so registered constitute about 80% of total births, He Yafu, a demographer, estimates total births for the country last year came in at 12,540,000.

Yi told me that the number of births for the country was in reality about 8 million and could not have exceeded 10 million.

Again, Yi looks correct. Provinces and other governmental units have reported data ahead of the census, and births were down more than 30% in some locations.

The big issue is China’s trajectory. Official media is cagey about a critical figure, the country’s total fertility rate, generally the number of children per female reaching child-bearing age. The official China Daily reports that Lu Jiehua of Peking University believes the country’s TFR, as the rate is known, “has fallen below 1.7.”

Lu is certainly right about that. The University of Wisconsin’s Yi told TNI that China’s TFR last year was 0.90  and could not have exceeded 1.1. Yi’s estimate is on the low end but is consistent with China Daily’s reporting of 1.05 in 2015.

Replacement TFR for most societies is generally 2.1 although some think China’s replacement rate is actually 2.2 because of higher child mortality.

China’s TFR, however, is far lower than 1.3. If its TFR stabilizes at 1.2—1.2 would represent a big increase—China will have a population of only 480 million by the end of the century.

If the TFR does not increase from where it is now, the country by then could end up around the 400 million mark. To put this in context, the United States, according to the U.N.’s latest projections, will have a population of 433.9 million in 2100, up from 331.0 million as of last year.

China now has a crisis. “Once it slips below 1.5, a country falls into the trap of low fertility and is unlikely to recover,” said He Yafu to the Communist Party’s Global Times. China is already well below that figure.

Beijing does not believe China’s population will begin to decline until 2028. Some believe it in fact began contracting in 2018, something evident by falling births.

In any event, as the official China Daily stated in December, “the trends are irreversible.”

That’s not good for the People’s Republic of China. As analyst Andy Xie wrote in Hong Kong’s South China Morning Post this month, “Population decline could end China’s civilization as we know it.”