Authored by Alice Salles via The Mises Institute,

Americans are going hungry because of coronavirus, and they are turning to theft to survive – at least that’s what we’re supposed to believe… 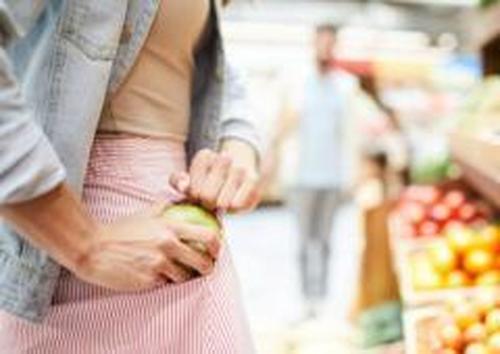 Nearly 26 million Americans did not have enough food through the month of November, according to survey data reported by the Washington Post. Covid-19 was solely to blame, until the article’s ending when government policies earned a mention. Under these conditions, many people were left with only one option: shoplift.

“Shoplifting is up markedly since the pandemic began in the spring and at higher levels than in past economic downturns, according to interviews with more than a dozen retailers, security experts and police departments across the country,” the report claimed.

Catch that? The newspaper essentially casts poor families in a bad light, as if they were only capable of stealing in order to overcome adversity.

The claim, which the Washington Post has discussed in at least two articles since November, isn’t new.

During a virtual town hall in mid-July, Rep. Alexandria Ocasio-Cortez (D-NY) blamed the increase of crime in New York City on “desperate” people “stealing bread to feed their children.”

The claim was made even as NY police data showed that shootings went up 130 percent the previous month, not petty theft.

Does the data support what the Post implies? First, let’s look at how the Post got its own data.

According to the publication, “more Americans are going hungry now than at any point during the deadly coronavirus pandemic.” Also, “experts say it is likely that there’s more hunger in the United States today than at any point since 1998, when the Census Bureau began collecting comparable data.”

The data in question was collected through the so-called “food insecurity” survey. Created by the left-wing advocacy organization Food Research Action Center (FRAC), the survey became a widely used tool by the U.S. Department of Agriculture during the Bill Clinton administration. Activists and pundits use this survey to claim that taxpayer-funded food programs should be expanded.

Despite what investigative journalist Jim Bovard calls the “mushrooming” of the federal government’s subsidized feeding programs since the 1930s and the fact that these programs feed millions, activists demand more.

One wonders why there isn’t a peep from these do-gooders about the lockdown orders in most states causing widespread unemployment and destruction of capital.

A Survey Meant to Misinform

Food stamps were declared “one of our most valuable weapons for the war on poverty,” over 56 years ago when President Lyndon B. Johnson signed into the law the Food Stamp Act of 1964.

Thanks to the food benefits, Johnson added, the country would see a substantial improvement in “the diets of low-income families.”

Over the decades, however, it’s become clear that the war on poverty was a mistake. Worse, it hurt the very people it ostensibly was set up to help. This is to say nothing of the impoverishment “created” for much of the rest of society.

Instead of giving poor Americans quality of life, it created and fueled dependency on government handouts, as Murray Rothbard pointed out. Social welfare spending increased dramatically from $2.2 million in 1955 to $11.2 million in 1976. In 2018, it totaled $1.03 trillion.

Despite the welfare state, hunger is no longer a widespread problem in America. But to keep the narrative going, “hunger” officially became “food insecurity.” Now, politicians and activists use the updated term to ensure that those who don’t obtain the type of food they want at a particular moment (for a variety of reasons) will be portrayed as suffering from hunger.

And how do they obtain the data necessary to claim people are starving? They rely on the government’s “food insecurity” surveys.

“Over the past 15 years federal surveys have profoundly muddled Americans’ understanding of the hunger problem,” Bovard wrote in 2015.

One of the USDA’s surveys’ preliminary screening question asks, ‘In the last 12 months, did you ever run short of money and try to make your food or your food money go further?’ Why should we be concerned that shoppers want their food dollars to go further? That was formerly taught as a virtue in high-school home-economics classes. Now it is a pretext for federal alarm.

Noting that most households who claim to be “food insecure” aren’t lacking sufficient amounts of food but instead deal with “reduced quality and variety,” Bovard explained that “‘worry’ about being able to buy sufficient food is the number-one source of food insecurity.”

If someone states that he feared running out of food for a single day (but didn’t run out), that is an indicator of being ‘food insecure’ for the entire year—regardless of whether he ever missed a single meal. If someone felt he needed organic kale but could only afford conventional kale, that is another ‘food insecure’ indicator. If an obese person felt he needed 5,000 calories a day but could only afford 4,800 calories, he could be labeled “food insecure.”

In the age of Covid, this narrative is being weaponized once again.

Power for the State, Dependency for the Poor

By now, we all know that lockdowns don’t work. We also know that lockdowns are the driving force behind the mass unemployment and destruction of capital that America suffered through 2020. What most of us have failed to realize, however, is that politicians are using the economic losses to push their agenda.

While the government stands in the way of those who want to work, it passes as the benevolent hero. As the main course is removed from the table by government enforcers, the crumbs offered to the public in return—such as the small $600 “stimulus” payments—won’t do much to “pay the bills.” Instead, they simply demoralize large numbers of Americans who find themselves more dependent on the dole and less capable to reenter the productive sector.

With the government continuing to threaten to use lockdowns whenever necessary, these same folks will continue to struggle.

Rothbard put it perfectly when he wrote that the only thing bureaucrats can do is to get out of the way.

Let the government get out of the way of the productive energies of all groups in the population, rich, middle class, and poor alike, and the result will be an enormous increase in the welfare and the standard of living of everyone, and most particularly of the poor who are the ones supposedly helped by the miscalled “welfare state.”