Authored by Josephine Bartosch via The Critic,

The pandemic has been a technologist’s wet dream: forcing people online has accelerated what were already inevitable changes. Social distancing started a long time before the threat of contagion, sometime around 2005 with the spread of high-speed internet.

In the previous decade, technologists shared a utopian vision of the digital world as a space where, freed from prejudice, mind could meet mind. 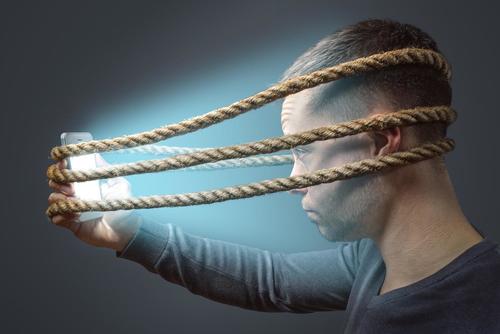 John Perry Barlow’s stirring 1996 Declaration of the Independence of Cyberspace described it as a world “both everywhere and nowhere … not where bodies live”. The unmooring of mind from body has left people adrift, navigating a turbulent online world without the reassuring markers humans evolved to recognise.

Infamously in 2014 Facebook changed the site to offer 72 “gender options” rather than the two sexes. Brielle Harrison, a software engineer quoted at the time, claimed:

“People are given this binary option, do you want to be male or female? What is your gender? And it’s kind of disheartening because none of those let us tell others who we really are.”

It seems “who we really are” is now determined by how one chooses to present on social media, what we “want” rather than what we are. One year later and Facebook changed the “gender” option to an open text box for self-description: the ultimate individualised identity.

To the bafflement of many older lesbian, gay and bisexual people, increasing numbers of those under 30 now identify as “queer”. The Guardian recently launched a series called “Genderqueer Generation” on “the children and young adults who are rejecting traditional gender identities”. One interviewee in the series, a teenager called River, explains: “I discovered the whole LGBTQ community online around 2017 when I started using social media more often … The internet had a big role in me discovering myself. Online, I felt understood. I felt helped. I feel like the internet tells us stuff that we can’t learn in real life.”

Whether the “Genderqueer generation” are, as some research suggests, autistic kids turning online to make sense of not fitting in, or simply typically self-absorbed adolescents indulging in some time-honoured teen angst, it is clear that time online has shaped their identities and sexuality.

In the US there is now an emerging market in cosmetic surgeries whereby bodies can be cosmetically altered to match a client’s internal sense of self as “outside the gender binary”. For females, procedures include the closure of the vaginal cavity, for males, pseudo-vaginas are bored into the perineum. It seems our analogue bodies no longer fit the demands of digitally addled minds.

This internet-fuelled crisis of sexuality and identity is pulling in youth across the world. In the UK some credulous adults old enough to know better have fallen for this nonsense too. A case in point is Liberal Democrat MP and party leadership contender Layla Moran who identifies as “pansexual”, and in a Westminster debate claimed to be able to see beyond the material sex of bodies and into the gender of an individual’s “soul”.

At 37, Moran is the exception: the overwhelming majority of those who opt for nonsense identity markers are of i-gen (the internet generation); those under 26 who have come of age since the dawn of social media, and the widespread availability of online, body-punishing pornography.

Kathleen Richardson, Professor of Ethics and Culture of Robots and AI at De Montfort University, Leicester, argues that “a politics of love” is necessary to counter the further descent into anomie:

“Rather than seeing the youth of today as profoundly happy with this cult of consumer self-making, the research indicates they are in despair, and worse still, are shunning opportunities to develop critical perspectives that could help them out of quagmire.”

Technology is not neutral. It is an industry where the libertarian views of Silicon Valley’s founding fathers meets with the commercial imperative. The result is a space where sexual freedom of men is paid for by women’s bodies. From so-called “sugar daddy” dating apps where rich older men pay for the company and often the sexual favours of young hard-up women, to streamed online abuse to order, access to what was once the preserve of red-light districts has been put into our hands in the form of the mobile phone.

I spoke to a woman who wanted to be known as “Ginger”. As a young woman struggling with drug addiction Ginger did not consider her decision to enter pornography to be freely made. Describing her experience on the platform Only Fans, she told me:

“There’s so much competition that women need to be doing more extreme things. The massive emphasis on looks means that they are editing themselves to be unrecognisable. The women advertise themselves like products.”

Arguably, to some degree, we each now advertise and curate our online selves as products; mindful that the wrong tweet or “like” could cause reputational damage, or even end our careers as in the recent case of author Gillian Phillip, who was sacked using a hashtag which signalled support for J.K. Rowling (now persona non grata following accusations of wrongthink).

There is an additional catch to sites such as Only Fans. As with social media, popularity is measured and monetised by numbers of followers. Explaining the psychological impact of what keeps women on the site, Ginger says:

“It’s a boost to know that men find you attractive enough to buy your nudes, even if you aren’t attracted to them. It becomes addictive.”

For Ginger and young women like her, attention from strangers she has no interest in is fundamentally woven into self-worth. Perhaps this is not surprising: from selfies to sexting, the mobile phone has reduced too many women’s online experience to a sexualised performance for an online audience.

The sexual revolution prompted by pornography has all but eradicated shame, and yet people are having less sex than ever before. More concerningly, the sexual script has been warped by exposure to pornographic content. In a 2019 essay, Pascal-Emmanuel Gobry, fellow of the Ethics and Policy Center in Washington, DC, posits:

Indeed, this goes some way to explain the surprisingly common phenomenon of straight men looking at gay pornography. This is to say nothing of the role of pornography in creating transgender identities and fetishes, which is well documented though, ironically, something of a taboo to discuss.

While the urge to look at shocking content is a neurological response, the descent into more extreme material is facilitated by algorithms. In a 2018 article for the New York Times, researcher Zeynep Tufekci criticised YouTube for facilitating extremism through the autoplay function. She explained:

“You are never ‘hardcore’ enough for YouTube’s recommendation algorithm. It promotes, recommends and disseminates videos in a manner that appears to constantly up the stakes.”

YouTube admits it has a problem and has promised to make it “harder for policy-violating content to surface”. But pornography providers, many of whom use recommendation algorithms similar to those of YouTube, escape such scrutiny.

If the trajectory from moderate to extreme political content has implications for democracy, it is fair to ask what the attraction to extreme pornography might mean for society as whole. Would the citizens of the US have elected a president who famously boasted of grabbing women “by the pussy” if they lived in a society where women weren’t routinely degraded in the pornography industry?

For Professor Richardson, the digital addiction is political. She argues that technology corporations and “queer theory” activists are driving the rush into hyper-individualism, leaving no structure within which to “frame human experience, nor legally protect human experience and bodies”.

“In my work I draw attention to the way in which social sciences promoted the same thinking as tech corporations to break down the ultimate boundary: between people and property and to end protections of natural persons so that a market can flourish in intimate relations.”

Pornography effectively rewires the brain’s reward system to no longer being triggered by, for example, the feel of another person’s skin, or even by sex, but by pornography itself. Naturally, fostering fetishes and peccadillos that a real-life partner will struggle to satisfy is a canny way to ensure repeat custom. Indeed, it could be argued that the use of internet to facilitate an orgasm is itself a fetish, because the device, whether phone, laptop or virtual reality headset, is a proxy for mutual sexual enjoyment. Richardson is correct that the boundary between people and property is being systematically broken down, both in the form of customised surgeries to match the personas we each now advertise online and in the burgeoning market for sex robots.

This dystopian reality, where boys have seen rape pornography before their first kiss and girls base their value on sexy selfies, is belied by the warm, fuzzy straplines and mission statements of technology companies.

It is perhaps not surprising that when young people, traumatised by digital exposure and with no solid sense of self, turn online, searching for an authoritative framework to make sense of their feelings, they often fall prey to a censorious, tyrannical groupthink.

Mocking the plethora of new sexual and gender identities as an adolescent fad is too easy; however ridiculous, there is real suffering underscoring internet-informed delusions. These are not just the growing pains of a new generation — they are serious symptoms of a deep-seated social malaise. Technology has wrenched mind from body; far from bringing us together, the digital world is breaking us apart. 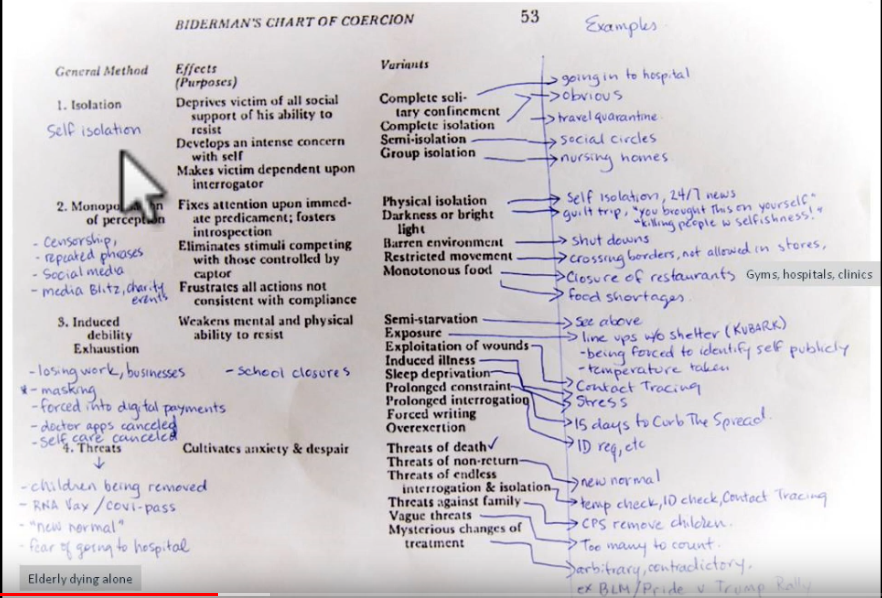