The Democrats Will Force The Fed Into Yield Curve Control

By Larry MacDonald, author of the Bear Traps Report

The Fed will contain rates with YCC, similar to what Japan has been officially doing since 2016…. 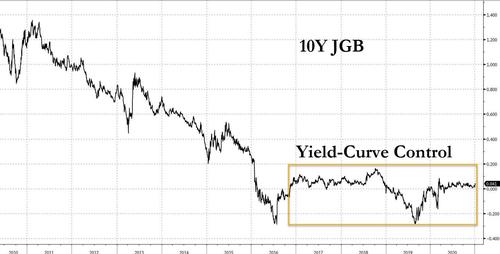 … and the US housing market is listening (homebuilder equities are quickly 9% off their highs).

This is the opposite of the April July dynamic when inflation expectations were moving much faster than bond prices. It is important to remember that another driver of gold and silver prices is industrial use. The second Covid wave isn’t helping there, obviously, making the  gold price more sensitive to countervailing pressure.

Furthermore, India consumer demand is an important factor in gold demand and the economy is still weak.

Finally, the countertrend rally in the dollar (BBDXY is 1.1% off its 2021 lows, as rate differentials are attracting global investors back into US Treasuries) is a headwind against gold appreciation.

The bear dollar trade is highly crowded NOW and the dollar has neared the support level of the 2018 low (as we predicted in recent  weeks). So a dollar rally is a real possibility and makes its recent bounce non surprising. However, the dollar rally is just the flip side to interest rates increasing at a faster rate than the present rate of inflation.

Obviously, when that happens, the dollar becomes a more attractive yield proposition at the margin. So we view dollar appreciation as merely symptomatic of interest rates increasing at a faster rate than inflation. Now that voters have elected Biden and given control of Congress to Democrats, they have voted in bond vigilantes to the Treasury market as well. And bond vigilantes are definitely pushing the Fed.

So why will the Fed prefer YCC to negative interest rates?

Because they have seen how negative rates have been a mixed bag (at best) overseas. The Fed has stated that it doesn’t like what it has observed.

At a certain point, negative rates actually hurt the economy by reducing loan production and constraining consumer spending. Negative rates cause savers to stuff their mattresses which reduces deposits at banks which hurts banks’ balance sheets, reduces their ability to lend, and threatens the financial system.

In the 1940’s real yields in the US got to negative 10 %+ for several years to deflate the debt stock. The math is especially worse now for the US today in terms of debt and entitlements. Every month I look at the treasury monthly statement and more money is being paid out in mandatory i.e. can’t cut it) spending than is being taken in in taxes and revenues (which would be game over).

Unlike the 40’s and 50’s, we have no real growth drivers due to demographics and financialization of the economy (until we find a replacement for oil) so there is no option but to keep real yields as negative as possible to try to inflate out.

Basically, the Fed/Treasury must solve for ‘X’ each month. which is the amount we need to print