This week, President-elect Joe Biden made a highly commendable decision to nominate Judge Merrick Garland as the next United States Attorney General. Like many, I praised Garland as an outstanding choice and a move that advanced Biden’s earlier pledge to seek unity. That is why I was so disappointed in Biden refusing to take a position on the effort to impeach Donald Trump next week. As with his equally inexplicable refusal to take a stand on court packing, Biden’s silence on this clearly unsupportable “snap impeachment” was a missed opportunity to show real leadership when it matters most.

It is not popular to oppose this impeachment, but leadership often demands that presidents take unpopular but correct positions. 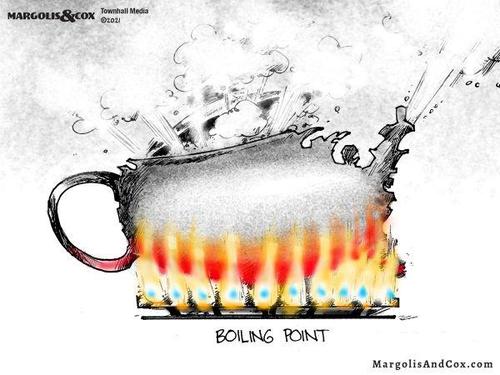 “I’m focused on the virus, the vaccine, and economic growth. What the Congress decides to do is for them to decide,” Biden answered when asked if he supported such moves. … We’re going to do our job and the Congress can decide how to proceed with theirs. That’s a decision for the Congress to make. I’m focused on my job.”

The defense of the Constitution is “his job” and this would gut both the process and the standard for impeachments. This was an opportunity to take a principled stand to unify the country by asking his party to stand down and not pursue a “snap impeachment.”  As I discuss in my column today, this impeachment not only threatens principles underlying impeachment but also free speech in our Constitution.

As with court packing, this is not the time for good people to stand silent even in the face of such unhinged anger. Indeed, Democrats may loathe the day that they embraced the concept of a “snap impeachment” — a contradiction in constitutional terms. Impeachments are designed for deliberative, not impulsive, acts.

Indeed, Biden’s reference to more pressing matters is precisely the point.  He should have asked Congress to focus on those issues and not an impeachment that will not succeed in removal but will succeed in undermining our constitutional system.

This was the type of “Say It Ain’t So, Joe” moment that I was hoping for after the election.  Biden could have refused to go along with this plan or to remain silent in the face of a clearly improper use of the impeachment power.  He could still have condemned the speech and the President, as many have done. He could then have asked for his party not to do greater damage by rampaging through the Constitution to try to remove Trump in his final days. That was a presidential moment missed by the President-elect.

Are You Ready for Total (Ideological) War?