Via The FinTech Blueprint,

This week, we look at:

We are still, often, asked incorrect questions about the crypto currency markets. Questions like — “but what is the fundamental value?”

You have to unpack the word “fundamental”. That word signals a Warren Buffet view of the world: there are companies out there, they have equity shares well specified by corporate law in a particular jurisdiction, some are expensive while some are cheap, and that bargain shopping can be determined by a spreadsheet analysis of their cashflows relative to others. It’s so fundamental!

The story of such fundamental truth is anchored in our cultural and social history. We can point to the intellectual tradition of rationalism and classical economics, and talk about the theory of the firm, and its production function. We can point to how these things grew out of governance by religion, and natural rights as granted by a deity, and all sorts of other non-empirical hand waving. 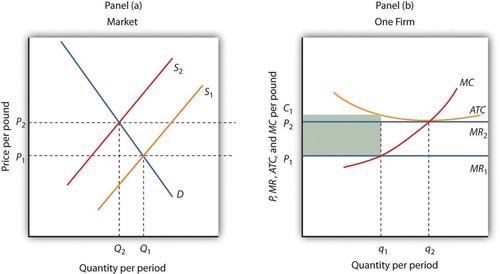 We can talk about supply and demand, and equilibria, and describe some agents in a perfect market with perfectly formed property rights. And some of these agents, surely, will be “good” (i.e., cheap relative to performance) and some will be “bad” (i.e., expensive tulips).

Anyway. Then we look at the real world and learn that markets are imperfect and deceptive, that humans behave irrationally because of their evolutionary biology programming, that top-down rationalist models don’t square with reality, that some of Warren Buffet’s best investments are in fact political and derive from monopoly market structure, and that the whole machine is careening off a cliff into imagination land.

That doesn’t mean that equities traded on a stock market, as circumscribed by their full supporting human history, can’t be valued relative to each other. On the contrary, they demonstrate that having people agree on a mathematical framework for structuring economic exchange can create that specific economic exchange. As another example, once the Black–Scholes options pricing model was used for options pricing, it is how options were priced.

But we are living in a system that exhibits complexity, and which appears random not due to some underlying randomness, but due to the exponential interaction of underlying mechanisms. Any math that we put around it is an approximation. This is famously stated as “The map is not the territory”, and cleverly articulated by Elizier Yudkowsky on LessWrong, as well as by Rene Magritte in pointing out that a painting of a pipe is not a pipe. 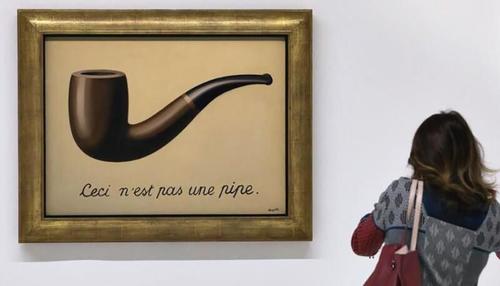 And so the financial models we trade on the markets are not companies; they are representational beliefs derived from financial models correlated to the promise of legal enforcement on some physical plane.

Let’s assume that we’ve budged your conviction about what is financially real. Turning to crypto networks, we can see that many of the elements of “assets traded on a stock market” do not apply to them. They are not always companies duly organized in Delaware, but often a global smattering of individuals across the Twitterverse. While some deliver cashflows, it is not always the financial attributes that networks seek to grow but economic or operating ones.

So instead of using questions like “How can we maximize profit to accrue to owners?”, they use questions like “How can we get this industry to create a virtuous cycle for storing data for itself on this network?” This is the type of question that a community manager or online game designer may ask. It is also the type of question that a well-cultured traditional company may ask if it has a Steve Jobs or Jeff Bezos customer orientation, supplanted with an open source ethos.

This is what is worth two trillion dollars.

Sometimes things fail, even though they were the right idea at the time: Morgan Stanley roboadvisors from 2001, machine learning algorithms from the 1970s, video streaming in the mid-2000s. The surrounding infrastructure was not the right soil for that particular idea to grow at the time. All you get is a bunch of salty entrepreneurs.

When the first token offering wave hit in 2017 and 2018, various smart people began to establish a formal practice of token engineering, sometimes called crypto economics or tokenomics. It is rooted in rigorous game theory, mechanism design, and mathematical simulation. There was a notable difference in the quality of thinking across the industry. Some teams used terms from this field as if they were magic summoning words, and that in saying those words, correct outcomes would simply appear. Other teams built concepts for the long term with system design in mind. 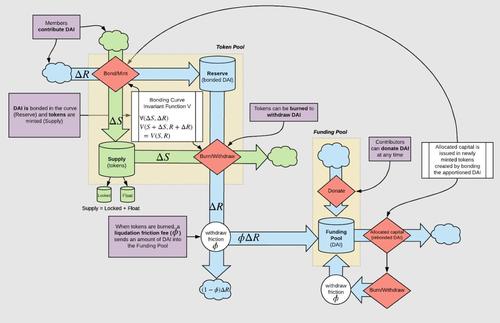 There was a lot less data around in 2017 about what would end up working. Overly mathematical papers looked like nonsense in an environment where Telegram and EOS were raising over $1 billion each based on business logic and hype. Much of that vapor would dissipate, and the unpopular inventors went onto new frontiers.

Yet over the long run, there are stark differences between successful and unsuccessful token design. This practice is the closest “truth” we get to the concept of fundamentals in the crypto ecosystem. You can create a network or protocol with incentives that drive usage and value into the ground — a Nash equilibrium with bad payoffs.

Sometimes those paths to a bad equilibrium come from edge conditions, such as too much demand and popularity. The Fei protocol, which attempts to create an algorithmic stablecoin with punishing mechanics for selling the pegged coin, ran a fundraise which attracted over $1 billion of capital, but quickly lost its mark-to-market value. While we are not endorsing any particular view on this asset, the following threads are instructive in showing how incentive design created the opposite of the desired outcome, and is now resulting in emergency action.

FEI dropped down to $0.136. In the process, it should have taught everyone a few lessons about stablecoin design and, perhaps, crypto investing.

(obviously take this with a huge grain of salt as $FRAX is the only other algo coin in the @Uniswap top10. So it goes without saying I have some bias)

But as someone deep in the algo stablecoin space, I think there’s important predictions to make.

In a counter example, we can look at Ocean Protocol and The Graph. Both projects had spent years sweating their tokenomics and openly discussing design ideas (not that Fei hasn’t). The result looked over-engineered during the summer of DeFi growth and downright unnecessary in the crypto winter of 2018-2019. But it was built for the long run. And when these projects launched, their machines ground into gear, generating purpose-built economic activities. 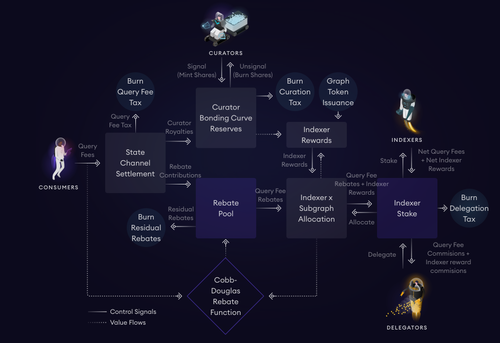 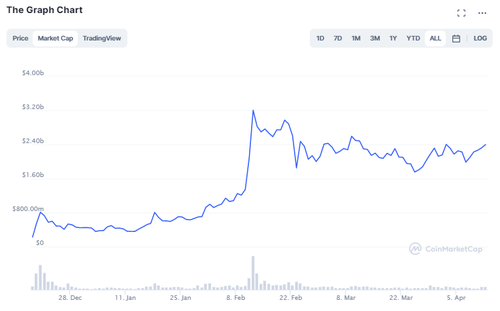 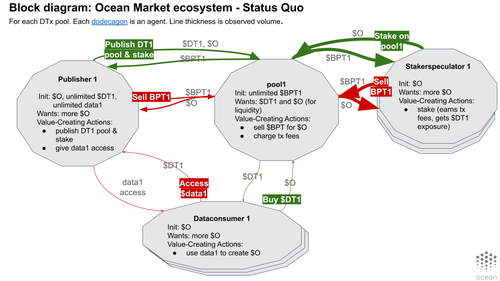 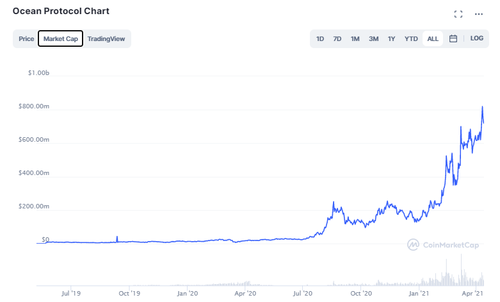 Bitcoin rewards miners in order to generate digital scarcity of its native store of value. The correlation between increased computation to get those rewards and the value of a secure digital asset is a well-designed game theoretical equilibrium. It posits players trying to achieve certain self-interested outcomes for themselves, and in their competitive interactions with others they generate an ecosystem. It is the first and best example of the token engineering principles.

There is one last mental model we want to share about token engineering.

It is imperative to have clarity and insights into what exactly one is trying to grow and optimize. In the parlance of linear programming or machine learning, you have to know your objective function — the exact equation, and thereby outcome, that you want to maximize. And as a corollary, you have to know how that function actually works: its inputs, its outputs, and how the gears turn to generate the outputs. This is the opposite of meme-based investment frameworks, and should be comfort to asset allocators looking for “fundamentals”.

However, the objective function also needs the magic touch of marketers and community organizers to align the financial machine to help real customers, rather than imagined hypothetical ones. 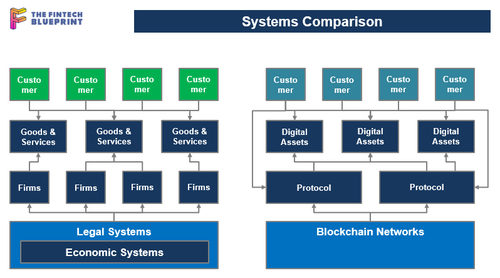 But you also need to think about where the incentives are plugging in. Per the diagram above, some will be nested into the actual legal and economic system, or equivalently the underlying blockchain network. We can think of this as monetary policy, or cooperation through capitalist competition, or the trade-offs between blockchain miners and software developers. Others will live at the equivalent level of the firm, and be structured as protocols or platforms. Such projects will have incentives focused on particular digital assets, their adoption, and customer behaviors. Yet other digital assets will be self-contained products, like the art NFTs now coming to market, and power only the asset itself.

While each layer can have financial flows, they require radically different design considerations.

This approach to growing organizations sounds novel, but can be actually found internally at high-performing companies. We recently read Working Backwards, the book about Amazon’s culture and approach to tackling market opportunities by solving from the customer’s point of view. It’s an operating guide on how to build scalable teams, improve organization and process, and implement rules to make good decisions across a million employees. 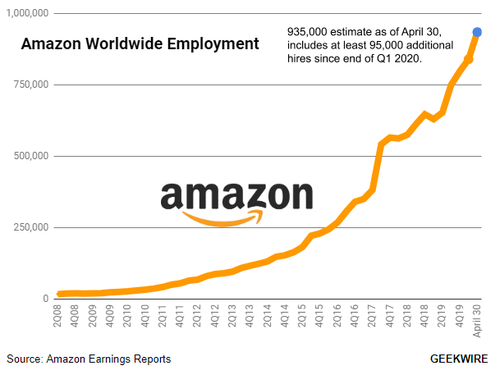 These operating rules are about a particular way of being, like algorithms for decision making. Some of them relate to compensation and financial incentives. Others create intangible social capital, or set cultural norms. There is either well-catalogued incentive design or clear and transparent prioritization of values to grow the Amazon organization.

It is like a fractal expanding with a particular generative pattern. Amazon can enforce its rules through economic force, but it does it instead with social norms.

The same thing can be said about crypto networks, just at the level of the software. Software has much higher precision around the specification of what agents can do with the software itself. Therefore, network-orchestrated organizations are currently more quantitative rather than the qualitative human social norm. It is this mathematics that is creating the $2 trillion of value now attributed to digital asset ecosystems. And it is this practice that will be a core part of valuing our future economies.

Why Is the Biden Administration Pushing Ukraine To Attack Russia?

Don’t Have a Holy Cow, Man!