“Poyekhali! If you haven’t met on God on Earth, you won’t find him in space.”

How long can markets party on like there is no tomorrow? The thing is – there always is and the hangover is bound to hurt, which is an apt metaphor as English pubs reopen today ! Markets need to prepare for the inevitable consequences of the big transition from 12 mixed years of fairly useless monetary experimentation to a future of fiscal pump-prime policies. What will it all mean for speculative bubbles, inflation and investment preservation?

In this morning’s intro I mentioned a future of fiscal pump-primed policies – which is fascinating as Gordon Brown, who famously called the end of the boom and bust economic cycle, was on the Radio this morning. I like Brown – honest and hard working, but a bit of a temper. Compare and contrast….

Meanwhile…  it’s interesting to note the front page of the WSJ this morning. It explains why this is a great time to be running a major firm. The average earnings of the top 300 US corporate CEOs rose to $13.7 million in 2020, up $1 mm from 2019. What Pandemic? What global crisis you ask? Some CEOs, like the head of Norwegian Cruise Lines – which, as well all know had a superb 2020 – saw his renumeration double to $35mm. Meanwhile, Goldman is warning all these taxes President Biden wants to raise on US Corporates – which will no doubt be squandered on fripperies like rebuilding public infrastructure, improving schools, health, and social welfare and all that other government malarky, could hamstring US corporate earnings by 9%.

These are curious days…. Markets priced for absolute perfection and completely out of touch with the economic realities of environmental degradation, climate change and rising social pressures brought on by increasing inequality. The expectation the post pandemic recovery-rally is being used to justify everything from crazy high market valuations to the price of bitcons.

Everyone is piling into markets on the basis the next new, new thing is going to make them trillionaires. Fervid speculation is driving up the price of everything tangible – and increasingly everything intangible as well. I shall be the little boy who shouts the Emperor is in the buff (naked), as wildly impractical and useless stocks, NFT’s and digital baseball boots rise ever higher.

The reality… the crushing reality.. is the global economy is anything but perfect. It is, definitionally, an imperfect thing. We’ve got the most bizarrely conflabulated mismatch of monetary policies, government spending and fiscal interventions there have ever been. While investors are blithely dismissing the prospects for inflation, governments are praying for it to inflate away their debt bubbles. While rising markets assume growth trajectories are ballistic – investors forget the expression means they return to earth. With a bang.

These are curious times. We are undergoing a fundamental shift from the failed monetary experimentation and austerity of the 2010-20 era to a new age of fiscal hope – in other words, spend our way into growth. It will be interesting – which does not mean comfortable. At this point remember my mantra: “Things are never as good as you hope, but seldom as bad as you fear.” 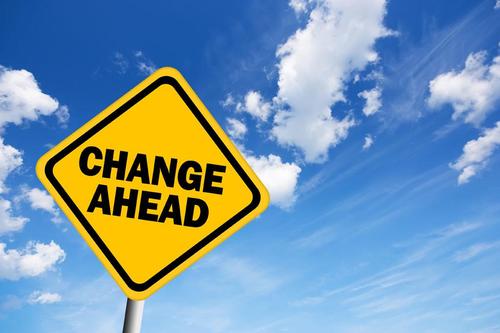 According to all the reports and outlook puff the investment banks put out, this is going to be another good week for markets. The rising prospects for economic recovery, the continued promise of central banks to juice recovery by keeping rates low, and the repressed spending plans of billions of consumers – well, what can possibly go wrong?

Oh.. glad you asked that question.. there are so many:

Let’s start with US Treasury auctions. There is $271 billion of new US treasuries about to hit the market. As the 10-year rate is now the most watched risk indicator on the planet, what will potentially volatile yields do to fraxious expectations? Weak demand and poor Treasury auction cover ratios will not only set the Fed a’scramble to keep rates low by buying bonds, but could set off all kinds of stock fears.  It was a poor 7-year bond auction in Feb that wobbled markets. It could happen again.

Or what about a geopolitical shock? Like the Russian troops massing on the Ukraine borders threatening to test Europe and Biden’s resolve? Or the increasingly bellicose acts of China towards Taiwan – also straining the limits of Biden’s attention.

Or maybe it will be something here in the UK? The Telegraph has an insightful article: Traders warn of turmoil if Scotland backs independence bid. Yep, if I was holding 25-year Scottish debt (as a result of Gupta’s GFC alliance defaulting on its Greensill funded sludge, kicking in Scot’s guarantees), then I might be concerned….

Or maybe it will be unholy mess in choosing Merkel’s successor in Germany. Thankfully, apparently we don’t have to worry about France; the polls say Macron should be able to beat Le Pen in a run-off next year… by 4 percentage points! And that’s as long as he doesn’t feth-up running the nation any more than he already has…

However, I suspect the big event this week will be IPO of current market darling Coinbase. Whoop whoop who……. oop(s). I can’t admit to sharing the enthusiasm of the Crypto-fanboys who say its yet another reason to bet your future on invisible coins held in the digital interweb thingy that only really clever and smart people can understand.

Now, kudos to Coinbase founders. They saw a need and they have answered it. It was the need of folk desperate to bet their little cotton socks on Crypto, and they have facilitated it. Well done for reading the zeitgeist of the times, and becoming the Ask.Jeeves of the Crypto revolution. (Yeah… why did I mention Ask.Jeeves.. look it up.)

Coinbase is said to be worth $92 bln. It’s attracted 13 million new users in recent months, doubling its profits to $750mm. What’s it really worth? All depends on how long the crypto fashion continues. The key issue is it will be the author of its own destruction: If crypto currencies do go mainstream, then it will attract competitors who will do it better and cheaper. Which is why no one uses Ask.Jeeves to search the internet.

Regular readers will now I am not a fan of BitCoin – but I get the gist behind what’s happening in cryptocurrencies. The basis of today’s extraordinary Coinbase IPO valuation is to monetise its perceived value on the back of Bitcoin’s renewed popularity – which has occurred at a time when fervid speculation is driving every real and imaginary asset.  I’m bored of writing about the current hype around bitcoin – about its increasing adoption by big funds and institutions, and how it’s now a bona-fide finance asset and part of the establishment (just like Lex Greensill and Bill Hwang?). It’s all noise, and if you like the noise, then please participate.

Every puff piece on Bitcoin goes back to unknown Satoshi Nakomoto’s sacred texts – which said absolutely diddley-squat about the value of Bitcoin as a speculative investments, but presented an interesting new idea about decentralised money and how to avoid double counting.

Whatever Coinbase and Bitcoin fans think about adoption; Bitcoin is not money, its not a store of value, its not a unit of account, and it is not, and never shall be easily transactable money (remember the BC blockchain can handle a tiny number of simultaneous transactions.) Bitcoin was the first crypto to emerge from the evolutionary soup, and it is deeply flawed and imperfect. I suspect the only reason for its insane valuation is its scarcity – that only 21 million coins can exist. (Even though they don’t actually exist, except in a nebulous blockchain ledger on the net…)

Successive waves of cryptocurrencies are emerging. Some good, some bad, some ugly and some utterly fugly. As they evolve, some will find market niches as ways to transact, to store value, but they will increasingly run into government backed official digital-currencies. I suspect the main business of crypto-currencies in the future will be in laundering illegal transactions for either criminal or tax-avoidance purposes. (For instance, if I was paying my builder cash to reduce VAT I might use a crypto when cash vanishes.)

Evolution in all things.. and especially in crypto. I wish Coinbase well.. and who knows, if there is a Crypto out there that makes sense… I think I shall have a closer look at Cardano.