Authored by Martin Jones via The Mises Institute,

In recent years a number of economic studies have concluded that small to moderate increases in the minimum wage do not necessarily cause a discernible decline in employment. Social activists have seized on these findings to argue that there are no job losses and that it is possible to increase mandated wages by almost any amount without ill effects.

The result has been a rush to raise the minimum wage to $15 in a number of states and cities and now at the national level. 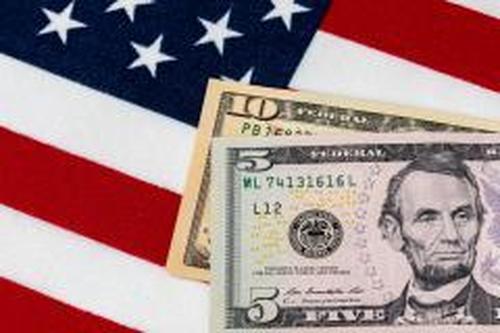 The reality is that there is little consensus among economists about the effects of the minimum wage on aggregate employment.

In their 2014 book What Does the Minimum Wage Do? Dale Belman and Paul Wolfson survey over two hundred minimum wage studies and conclude that moderate increases can raise the wages of low-income workers without significant employment effects.

A 2019 paper by economist Jeffery Clemens is a shorter survey of many of the same studies. It concludes that the case for large increases (an increase from $7.25 to $15 would qualify) “is either mistaken or overstated” and adds that “[i]n contrast to the research emphasized by advocates, the broader body of work regularly finds that increases in minimum wages cause job losses for individuals with low skills.”

In a January 2021 study, economists David Neumark and Peter Shirley assembled “the entire set of published studies in this literature” and conclude that “there is a clear preponderance of negative estimates“ and that the evidence is particularly strong for teens, young adults, and the less educated—exactly the results economic theory would predict.

In the face of competing complex statistical analyses that may reach contradictory conclusions, voters and legislators should be aware that findings about the effects of wage increases on the unemployment rate often ignore or obscure other significant consequences. For example, small increases don’t always have a discernible effect on employment, because employers try to make other adjustments before laying off workers they are happy with and need. One of the first adjustments is to raise prices, the success of which depends on the competitive environment and the flexibility of demand for their products or services.

Along with price increases, employers may reduce hours, and Belman and Wolfson note that “[i]t has long been suggested that employers may respond to minimum wage increases by reducing spending on training, fringe benefits and working conditions valued by employees.”

Another important finding is that employers often respond to higher mandated wages by replacing low wage workers with those who have more education, skills and experience which make them more productive. This adjustment may have little effect on the observable employment numbers, but the effect is devastating for those who are replaced. Employers can be forced to pay higher wages, but they can’t be forced to hire or retain employees whose contributions don’t match the higher wage.

Some studies (see Clemens 2019) suggest that the pace of job creation slows when mandated wages rise. The increases also accelerate automation, which reduces the number of entry-level jobs and further penalizes those whom the increases are meant to help. In coming years, the combined effect of substitution, slower job creation, and accelerated automation is likely to be a growing core of workers, many of whom are young and poorly educated, who are unemployed and unemployable.

Social activists and progressive editorial boards now regard the minimum wage as another welfare program that can reduce the costs of programs like Medicaid and food stamps, and can reduce inequality. But the minimum wage is very poorly targeted for these purposes. The Congressional Budget Office estimates that “roughly 40 percent of workers directly affected by the $15 option in 2025 would be members of families with incomes more than three times the federal poverty level.” If the goal is to aid low-wage households, rather than teenagers and other part-time workers in middle-income and affluent families, expanding the Earned Income Tax Credit would be far more effective, because it is designed to aid the working poor.

The national minimum wage was established in 1938, and along with periodic increases has become widely accepted as desirable public policy. But it has also become a textbook example of the failure to think separately and equally about ends and means. If there is a public consensus that low-income families should receive additional aid, that policy should be paid for by the public, not by private businesses, many of which will try to offset the higher costs by raising prices to consumers and cutting employee hours and benefits, and some of which won’t survive with higher mandated costs that they can’t adequately offset.

The notion that third parties can pick the right starting wage for every employee, in every job, in every business, in every industry is folly. Those who support increases in the minimum wage do so with the best of intentions, but they should be aware of the substantial hidden costs and negative consequences which are often ignored in the public debate and should be aware that there are much better alternatives for helping those in need.

US Warship “Expelled” From South China Sea By PLA Forces