The ‘Index Of The Volume Of Speculation’ Blows Off

Authored by Jesse Felder via TheFelderReport.com,

“Even the most circumspect friend of the market would concede that the volume of brokers’ loans – of loans collateralized by the securities purchased on margin – is a good index of the volume of speculation.”

There are all sorts of signals pointing to rampant speculation in the stock market today.

And if we are to measure it by way of margin debt (normalized by the size of the economy), then what we are witnessing is, in fact, a level of speculation that dwarfs anything seen in modern times. 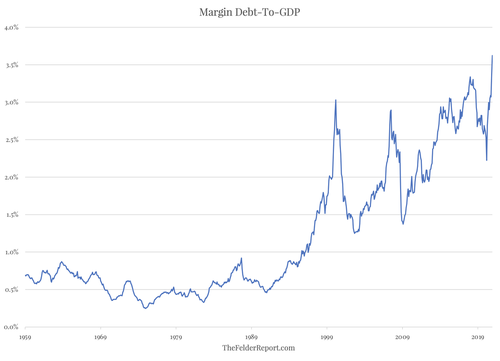 Not only is the overall level of margin debt hitting new highs, the 9-month increase in the total amount of margin debt also just soared to a new record.

It’s hard to believe that both of these could be possible simultaneously, that off of such a massive base the amount of debt used to speculate could increase so rapidly, but there you have it. 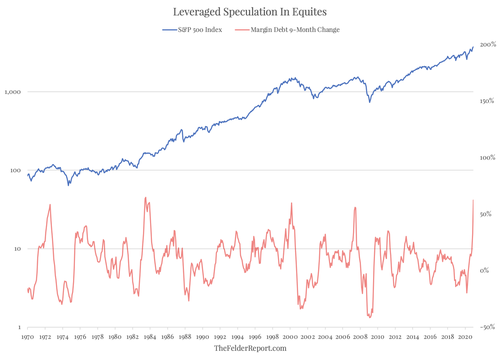 Close observers of the chart above will notice two things:

In other words, the boom sows the seeds of its own bust.

Peter Schiff: Biden Takes The Helm Of A Sinking Ship

Are The Recent UFO Disclosures Setting Us Up For A Mass Deception Of Epic Proportions?