On Wednesday, President Biden will unveil the first part of a two-part stimulus plan aimed at infrastructure, climate change, and social programs.

While initial reports pegged the next round of stimulus at $3 trillion, the Washington Post‘s Jeff Stein now reports that new spending could top $4 trillion, while new taxes to pay for it – some of which Biden will also unveil Wednesday – could total over $3 trillion. 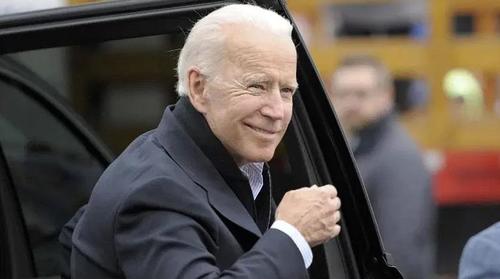 The two-pronged package Biden will begin unveiling this week includes higher amounts of federal spending but also significantly more in new tax revenue — with possibly as much as $4 trillion in new spending and more than $3 trillion in tax increases, said the people, who spoke on the condition of anonymity to describe private dynamics. One person familiar with the matter said that the early infrastructure draft did not include every tax increase the White House was eventually considering including in its ultimate proposal, and that the administration believes the tax hikes can also advance its goal of reducing income inequality. -WaPo

There are four main tax increases Biden is immediately eying, according to Axios:

Given the slim majority Democrats hold in the Senate, they will need to appeal to centrist Democratic colleagues, most notably Sen. Joe Manchin (D-WV) in order to pass legislation via a budgetary process called reconciliation, which allows for a simple majority as opposed to 60 votes normally required to pass legislation.

Still, the choice to increase the bill’s tax hikes in part because of its effects on the deficit reflects how concerns over the nation’s spending imbalance are shaping the White House’s internal policy debate. But it also sets up the administration for an enormous political challenge in convincing Congress to pass a package of tax increases on wealthy Americans and companies that together would represent the largest tax hike in generations. -WaPo

According to Axios, Democrats close to the White House don’t expect the Biden Administration to fight for certain harder-to-pass proposals – such as one which could raise around $740 billion with new Social Security taxes on the wealthy.

Other items which may not make the final cut per Axios:

None of the above remotely add up to $3 trillion in new taxes outlined by WaPo‘s Stein, which leads us to wonder just who else is going to pay them?

Blain: “What Will Be The Effect Of The $1.9 Gazillion Biden Spend-A-Thon On Inflation”