According to the Centers for Disease Control and Prevention, the White House and most mainstream media, what we have now is a “pandemic of the unvaccinated.”1

According to the official narrative, 99% of COVID-19 deaths and 95% of COVID-related hospitalizations are occurring among the unvaccinated. In a July 16, 2021, White House press briefing,2 CDC director Dr. Rochelle Walensky claimed “over 97% of people who are entering the hospital right now are unvaccinated.”

But as reported by Fox News anchor Laura Ingraham on “The Ingraham Angle,” “that statistic is grossly misleading,”3 and in an August 5, 2021, video statement, Walensky inadvertently revealed how that 95% to 99% statistic was created.

As it turns out, to achieve those statistics, the CDC included hospitalization and mortality data from January through June 2021. It does not include more recent data or data related to the Delta variant, which is now the most prevalent strain in circulation. The problem is, the vast majority of the United States population was unvaccinated during that timeframe.

January 1, 2021, only 0.5% of the U.S. population had received a COVID shot. By mid-April, an estimated 31% had received one or more shots,4 and as of June 15, 48.7% were fully “vaccinated.”5 Keep in mind that you’re not “fully vaccinated” until two weeks after your second dose (in the case of Pfizer or Moderna), which is given six weeks after your first shot. This is according to the CDC.6

So, those receiving an initial dose in June, for example, won’t be “fully vaccinated” until eight weeks later, sometime in July or August.

By using statistics from a time period when the U.S. as a whole was largely unvaccinated, the CDC is now claiming we’re in a “pandemic of the unvaccinated,” in an effort to demonize those who still have not agreed to receive this experimental gene modification injection.

Here’s what Canadian viral immunologist and vaccine researcher Dr. Byram Bridle told Ingraham about the claim that we’re in a pandemic of the unvaxxed, and that the unvaccinated are hotbeds for dangerous variants:

“Absolutely, it’s untrue to be calling this a pandemic of the unvaccinated. And it’s certainly untrue … that the unvaccinated are somehow driving the emergence of the novel variants. This goes against every scientific principle that we understand.

The reality is, the nature of the vaccines we are using right now, and the way we’re rolling them out, are going to be applying selective pressure to this virus to promote the emergence of new variants. Again, this is based on sound principles.

We have to look no further than … the emergence of antibiotic resistance … The principle is this: If you have a biological entity that is prone to mutation — and the SARS-CoV-2, like all coronaviruses is prone to mutation — and you apply a narrowly focused selective pressure that is nonlethal, and you do this over a long period of time, this is the recipe for driving the emergence of novel variants.

This is exactly what we’re doing. Our vaccines are focused on a single protein of the virus, so the virus only has to alter one protein, and the vaccines don’t come close to providing sterilizing immunity.

People who are vaccinated still get infected, it only seems particularly good at blunting the disease, and what that tells you therefore is that these vaccines in the vast majority of people are applying a nonlethal pressure, narrowly focused on one protein, and the vaccine rollout is occurring over a long period of time. That’s the recipe for driving variants.”

Bridle also explains why natural immunity offers robust protection against all variants, whereas vaccine-induced immunity can’t. When you acquire the infection naturally, your body develops antibodies against ALL of the viral proteins whereas the COVID shots only trigger antibodies against one, namely the spike protein.

That SARS-CoV-2 works the same way other viruses do was shown in a Nature Reviews Immunology study7 by Alessandro Sette and Shane Crotty, published in October 2020. The study, “Cross-Reactive Memory T Cells and Herd Immunity to SARS-CoV-2” argued that naturally-acquired immunity against SARS-CoV-2 is potent, long-lasting and very broad in scope, as you develop both antibodies and T cells that target multiple components of the virus and not just one.

If we are to depend on vaccine-induced immunity, as public health officials are urging us to do, we’ll end up on a never-ending booster treadmill. Boosters will absolutely be necessary, as the shot offers such narrow protection against a single protein of the virus. Already, data around the world show vaccine-induced protection is waning rapidly in the face of new variants, and Moderna has publicly stated that the need for additional boosters is expected.8

How Dangerous Is the Delta Variant?

According to Dr. Anthony Fauci, the Delta variant is both more transmissible and more dangerous than the original virus and previous variants. July 4, 2021, he told NBC News:9

“It is more effective and efficient in its ability to transmit from person to person. And studies that we’ve seen where they have been the variant that’s dominated in other countries, it’s clear that it appears to be more lethal in the sense of more serious — allow you to get more serious disease leading to hospitalization, and in some cases leading to deaths.”

In a June 29, 2021, interview,10 Fauci called the Delta variant “a game-changer” for unvaccinated people, warning it will devastate the unvaccinated population while vaccinated individuals are protected against it.

The Delta is more contagious but it’s far less deadly, far less worrisome. In fact, it’s a much weaker virus than both the U.K. [Alpha] and the South African [Beta] variants. ~ Dr. Peter McCullough

Remember, Fauci is not a clinician and has never treated someone infected with SARS-CoV-2. Other health experts and practicing physicians who treat COVID-19 patients disagree with Fauci’s claims, arguing that not only is the Delta variant not more dangerous, it’s certainly not more dangerous for the unvaccinated.

As reported by Ingraham in June 2021 (video above), there’s an evolutionary genetics theory called Muller’s Ratchet, which states that as an outbreak starts to peter out, the virus tends to mutate into a more transmissible form, but at the same time it grows weaker, causing far less serious infection. According to epidemiologist and cardiologist Dr. Peter McCullough, this is exactly what we’re seeing. He told Ingraham:

“The good news is on the 18th of June, the United Kingdom presented their 16th report11 on the mutations — and they’re doing a great job, much better than our CDC — and what they demonstrated is that the Delta is more contagious but it’s far less deadly, far less worrisome. In fact, it’s a much weaker virus than both the U.K. [Alpha] and the South African [Beta] variants.”

Importantly, the Delta variant contains three different mutations, all in the spike protein. This, McCullough explains, allows this variant to evade the immune responses in those who have received the COVID jabs — but not those who have natural immunity which, again, is much broader. In a June 30, 2021, appearance on Fox News (video above), McCullough stated:12

“It is very clear from the UK Technical Briefing13 that was published June 18th that the vaccine provides no protection against the Delta variant. It’s a very mild variant.

Whether you get the vaccine or not, patients will get some very mild symptoms like a cold and they can be easily managed … Patients who have severe symptoms or at high risk, we can use simple drug combinations at home and get them through the illness. So, there’s no reason now to push vaccinations.”

“What we’re seeing is virus evolution 101. Viruses like to survive, so killing the host (i.e. the human who is infected) defeats the purpose because killing the host kills the virus, too. For this reason, new variants of viruses that circulate widely through the population tend to become more transmissive but less pathogenic. In other words, they will spread more easily from person to person, but they will cause less damage to the host.

Natural immunity — with a more diverse array of antibodies and T-cell receptors — will provide better protection overall as it has more targets in which to attack the virus, whereas vaccine-derived immunity only focuses on one portion of the virus, in this case, the spike protein. Once that portion of the virus has mutated sufficiently, the vaccine no longer is effective.”

Real-World Data Show Most of Infected are Fully ‘Vaccinated’

Real-world data from areas with high COVID jab rates show the complete converse of what media, the CDC and White House officials are telling us. In addition to the British Technical Briefing No. 16,15 cited above, we have additional data from Israel, Scotland, Massachusetts and Gibraltar:

• August 1, 2021, director of Israel’s Public Health Services, Dr. Sharon Alroy-Preis, announced half of all COVID-19 infections were among the fully vaccinated.16 Signs of more serious disease among fully vaccinated are also emerging, she said, particularly in those over the age of 60.

A few days later, August 5, Dr. Kobi Haviv, director of the Herzog Hospital in Jerusalem, appeared on Channel 13 News, reporting that 95% of severely ill COVID-19 patients are fully vaccinated, and that they make up 85% to 90% of COVID-related hospitalizations overall.17 As of August 2, 2021, 66.9% of Israelis had received at least one dose of Pfizer’s injection, which is used exclusively in Israel; 62.2% had received two doses.18

• In Scotland, official data on hospitalizations and deaths show 87% of those who have died from COVID-19 in the third wave that began in early July were vaccinated.19

• A CDC investigation of an outbreak in Barnstable County, Massachusetts, between July 6 through July 25, 2021, found 74% of those who received a diagnosis of COVID19, and 80% of hospitalizations, were among the fully vaccinated.20,21 Most, but not all, had the Delta variant of the virus.

While those who benefit from keeping the pandemic going would like you to cower in fear at the thought of the Delta variant, there’s really no evidence that it’s any worse than the original. It’s more transmissible, yes, but far less dangerous, as its primary symptoms are that of a regular cold.

According to Harvard and Stanford professors, the actual number of Americans dying from or with COVID-19 are actually at an all-time low, so alarmism is uncalled for.24

And, as for viral social media posts by doctors and nurses claiming hospitals are overflowing with unvaccinated COVID patients, don’t believe them. Most are bots. We’ve repeatedly seen evidence that fearmongering is being spread not by real people but by fake accounts run by artificial intelligence. This includes blue check accounts. Here’s a sampling of recent bot farm tweets trying to scare everyone:25

Don’t Fear It, Just Treat It

In closing, remember there are several different treatment protocols for COVID-19 that appear just as effective for variants as for the original virus, including the following: 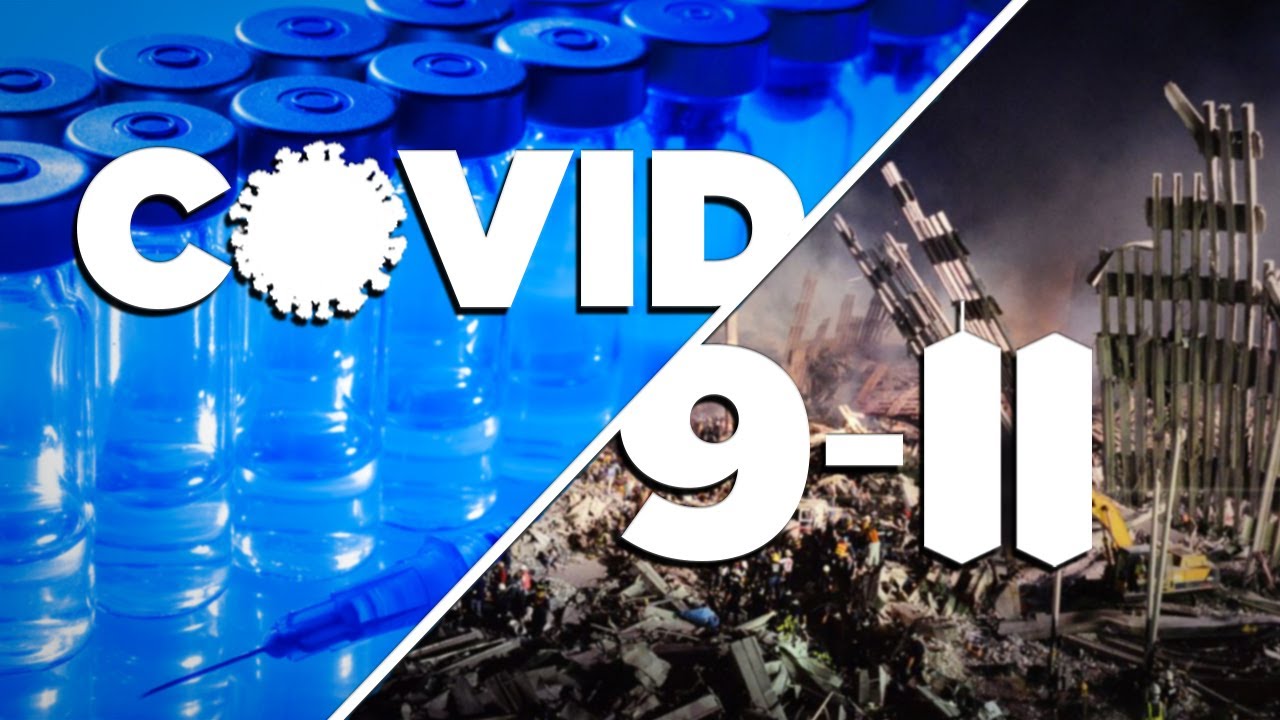