After a 35-year career at mutual fund mainstay Legg-Mason, Legendary fund manager Bill Miller has been a vocal bull for bitcoin for a number of years, initially shocking many of his establishment peers with his position, which has now become increasingly mainstream among institutional investors.

Most recently, last week in a filing with the SEC, The Miller Opportunity Trust reported that it is seeking indirect exposure to bitcoin via the Grayscale Bitcoin Trust, marking a significant departure from the usual investments in equities and derivatives for the $2.25 billion fund..

With the fund’s Bitcoin exposure limited to 15% of its assets under management, the GBTC outlay could top $300 million. As part of the filing, the trust did comment on price volatility, stating, “There is relatively small use of Bitcoin in the retail and commercial marketplace in comparison to the relatively large use of Bitcoin by speculators.” 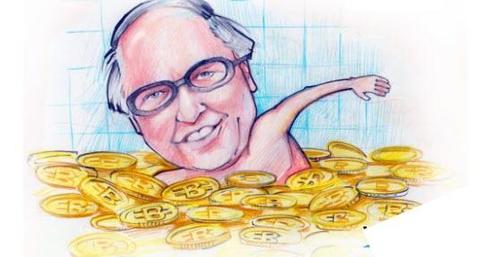 Miller’s perspective has evolved over the years.

“My view on bitcoin is that it is a technological experiment that may or may not prove to have any long lasting value,” Mr. Miller wrote in his letter.

“I believe there is still a nontrivial chance bitcoin goes to zero, but each day it does not, that chance declines as more venture capital flows into the bitcoin ecosystem and more people become familiar with bitcoin and buy it.”

And now in 2021, as many of his forecasts have come true, he has written to investors once again, laying out “The Value Investor’s Case For Bitcoin” in his most recent letter:

First, what is Bitcoin?

Bitcoin is a decentralized network of value storage. Its core technological breakthrough lies in users’ ability to transfer value to other network participants without any central administrator or authority. This means that users can shift large quantities of value to each other around the globe almost instantly, 24 hours/day, 365 days/year, using only another participant’s “public key” and little administrative hassle.

“Miners” verify transactions in exchange for new coins, though the reward for each mined “block” decreases every 210,000 blocks, or approximately every four years. Unlike the dominant systems of account now in use (currencies), the supply of measuring units is predetermined and will never exceed 21,000,000.

Now that we know what Bitcoin is, why might someone want to own some?

The short answer is that there is no other asset that combines Bitcoin’s liquidity with its upside potential. Bitcoin is still an emerging and under-owned technology in an enormous addressable market, and it has a brilliant, logically consistent protocol with distributed governance. Data from the World Bank, IMF and OECD imply that the total amount of broad money in the world at the end of 2020 was north of $130 trillion.

At a market capitalization of $700 billion, Bitcoin represents approximately half of one percent of all the accounting systems in the world, despite some clear advantages over them. Between the end of 2019 and October of 2020, the globe’s stock of broad money grew at a 20% annualized rate. In comparison, the supply of Bitcoin grew by 2.5% in 2020. In other words, Bitcoin’s total market capitalization today equates to just half of the global money printed during an average two-week period in 2020. Its supply is known and will not change due to new constituencies, policy-making errors or unanticipated consequences. No one will threaten to temporarily shut down owners’ access to Bitcoin because of a pandemic. It is harder to steal than other stores of value, and it changes hands much more easily.

There is more information and transparency around Bitcoin than there has been around any currency in the history of the world, and buyers know what they are getting.

Perhaps most importantly, Bitcoin has been the best performing asset over eight of the past ten calendar years, and its annualized performance has blown away the next-best performer, the Nasdaq, by a factor of ten over the past decade. Not owning any Bitcoin has been a massive mistake, and we expect that will continue to be true. A long-term candlestick chart shows progressively higher lows despite significant volatility, clearly representing growing demand from long-term holders willing to tolerate the swings.

There is a twelve-year track record of demand growing consistently faster than supply, and failing to own any Bitcoin at this point implies a belief that there will be a reversal in a long-prevailing and increasingly powerful trend. Almost every long-term holder of Bitcoin has earned a higher rate of return in Bitcoin than in anything else, and those who understand it see little reason to put their excess marginal liquidity into other assets at this point. The world is ruled by fattail events, or seemingly improbable occurrences that have an outsized impact, and all indicators so far point to Bitcoin being one. Preferred mediums of exchange tend to move in long cycles, and we may be in the midst of a major global transition that continues to go largely unnoticed.

Bitcoin is not without its doubters, and any serious investor must consider the opposite perspective and weigh its merits. We have thought through some of the common objections, which follow:

While we believe the next decade will see adoption grow at a much faster rate than it did during Bitcoin’s first decade, it is unlikely that Bitcoin will work so quickly that it becomes disruptive to long-standing reserve currencies, and to the extent it does, it will be worth a lot more.

So much for Warren Buffett’s “rat poison squared’?

The Freedom To Pursue Happiness