A forthcoming NRA bankruptcy may mark the first time critics of the association get a deep look into the inner-workings of the organization.

As part of its coming bankruptcy, the NRA “will be forced to release a detailed list of cash payments it has made to insiders in the last year and any unusual property transfers it has made to anyone within two years,” Bloomberg notes. It will also have to disclose whether or not it had a 5% stake in any other businesses.

The disclosure are relatively common for a bankruptcy proceeding, but the fact that the NRA has often played their cards close to their chest with how they run their business means that the volunteering of the information will be a break from the norm.

The U.S. Trustee will set up an official committee of unsecured creditors that will have the power to look into the NRA’s spending, the report notes. Howard Seife, head of the bankruptcy practice at the Norton Rose Fulbright law firm, said: “We have a technical term for it in the trade. It’s called the open kimono.”

Dallas bankruptcy attorney John Penn said: “Each bit of information in that filing can open the door for more inquiries and discovery.” 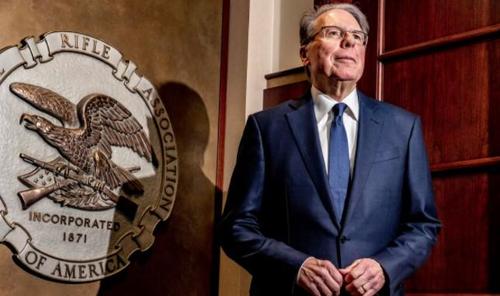 “Any time you are considering filing for Chapter 11 and taking advantage of the protections of the bankruptcy code, you need to be prepared for tremendous scrutiny of your operations and financial conditions,” Seife added. In addition, top members of the NRA may have to testify under oath.

The NRA has filed for bankruptcy as part of a strategy to resolve lawsuits it is facing, claiming it is “the subject of a political attack” from regulators in New York. The organization is hoping to reincorporate in Texas for a fresh start. New York Attorney General Letitia James is suing to dissolve the organization and is specifically targeting its executive Vice President, Wayne Lapierre.

The NRA’s lawyer, William Brewer, said: “The NRA will provide the information required by the bankruptcy schedules without hesitation. The truth is, most of its senior staff members, including CEO Wayne LaPierre, have no guarantees of future employment and have voluntarily taken pay reductions to help the NRA address the pandemic.”

“The NRA will utilize all tools at its disposal to highlight the motivations of the NYAG. Clearly, the NRA believes this was a politically motivated attack – fueled by the NYAG’s opposition to the NRA’s political point of view,” he concluded.

The Other “Big Lie”: Democrats Fuel Doubts Over The Legitimacy Of The Coming Elections