The Racist Incident That Wasn’t

Authored by Dinesh D’Souza via The Epoch Times,

The students, administration, and faculty of Albion College in Michigan were driven into a frenzy two weeks ago when racist and anti-Semitic graffiti surfaced in a dorm stairwell and photos were posted in a local news Facebook group.

The photos included messages such as “White Power” and “KKK.” 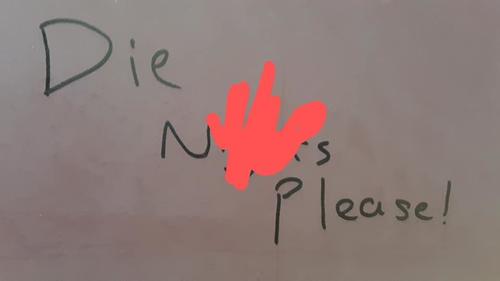 Now the campus police have discovered that a 21-year-old black student is responsible.

He has admitted creating the graffiti, and video evidence corroborates his confession, police said.

Here we go again! Another fake racial incident, another hoax perpetrated by a supposed victim.

This is Jussie Smollett all over again. 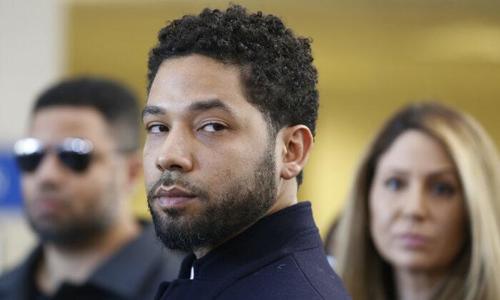 Fake racial incidents are now commonplace both on the campus and in the culture. So the first interesting question is: why would someone seek to orchestrate a horrific event that didn’t really happen?

It can’t be that the perpetrators, from Smollett to the black student at Albion, are merely trying to call attention to a social problem so that it can be promptly addressed. Blacks didn’t have to stage lynchings in the late 19th century, because tragically there were a lot of them going on in plain sight. Moreover, why would Smollett and his campus counterparts seek to pin the blame on innocent parties for what they did not in fact do?

A good way to understand this bizarre phenomenon is to turn to the discipline of economics, and specifically to the law of supply and demand.

It seems that, both on the university campus and in the culture, the demand for racism exceeds the supply. To put it differently, there’s an enormous desire to find racism, and there’s not enough racism to be found.

This is especially true on the progressive campus, which Albion certainly is. On such campuses, white students do backward somersaults to accommodate blacks and other minorities. It would be interesting to perform a sociological experiment in which black students approach whites and ask them to kiss their feet. I predict that many would. Of course the experiment could not even be attempted in reverse. It would cause a national uproar!

So evidently this black student wanted to find racism at Albion but couldn’t. So he decided to manufacture it. And what might his motive have been for doing that? Perhaps he was sincerely frustrated that the racism he blamed for his personal failures was scarcely in evidence. Consequently, by “bringing out” what he fervently believed to be hidden, he would then find corroboration for his own self-perception as a victim of wicked forces on campus he could not otherwise identify.

That the student was psychologically disturbed in some way, I do not doubt. But the reason I feel no sympathy for him is because, in an effort to assuage his own anxieties, and also perhaps to achieve some public recognition as a poster figure for racist victimization, he’s willing to falsely accuse others. He’s like the cop who plants the evidence he wants to find, so that he can arrest the guy he’s convinced is guilty. A horrific abuse of power!

These staged racial incidents remind me of false #MeToo accusations that have also become quite common. Once again, the motives are psychological: a desire to take revenge on someone for a perceived offense or slight. Or they can be political: an attempt to vindicate the claims of widespread sexism, or even an attempt to keep a nominee who might vote to overturn Roe v. Wade off the Supreme Court.

But this is where the plot of the Albion story gets even more interesting. Having been vindicated by the student’s confession, the college pleads guilty anyway. Here is its statement:

“We know the acts of racism that have occurred this week are not about one particular person or one particular incident. We know that there is a significant history of racial pain and trauma on campus and we are taking action to repair our community.”

This statement is, on its face, a lie.

There were not “acts of racism” that occurred; there was only a series of orchestrated acts that created a false impression of racism. This was in fact the act of one particular person. Yet weirdly, the college minimizes the wicked act of false accusation by implying that its own history of racism somehow drove him to do it. In other words, even though the specific incident was false, the college intends to treat it as if it were true.

It would be as if Brett Kavanaugh, upon being cleared of accusations of sexual predation, would then turn around and acknowledge that even though the specific actions attributed to him did not occur, he was nevertheless conscious of many insensitive and sexist actions he had taken as a teenager, and therefore he was assuming the responsibility of being a sexual predator anyway. This would of course never happen, which is why the college’s actions require an explanation.

Here, then, is the explanation.

Most campuses like Albion, like many other institutions in our culture, have created massive race industries within their bureaucracy. Campuses typically have innumerable deans and other bureaucrats whose full-time job it is to fight racism. Faculties have anti-racism committees. There are racism consultants on hand to provide assistance. Student groups are mobilized to combat racism.

We can see how it becomes an institutional problem for the race industry when there’s little or no racism to be found. Consequently, a bogus incident like the one this 21-year-old kid faked becomes not only useful to the perpetrator, but also useful to the campus bureaucracy. They were waiting and hoping for something like this, so that they could spring into action. It helps people understand why there’s a race bureaucracy in the first place.

I can only imagine the frustration and disappointment of these race professionals when the incident turned out to be fake. No wonder Albion is trying to recover, not from any genuine racism, but rather from the public impression created by the guilty student’s confession that racism on campus is so scarce that it has to be invented. Albion is eager to dispel that impression, so that it can justify its race industry and the resources devoted to sustaining it.

Bottom line: As long as the demand for racism outstrips the supply there will be a market for faked racial incidents. Moreover, such incidents are encouraged, as in this case at Albion, by the failure of the college to turn its wrath on the perpetrator, the way it would surely have done had the perpetrator been a white kid or some sort of white supremacist. As it is, the student has been temporarily suspended—not expelled—and neither the school nor the cops have released his name.

U.S. Pension Funds Could Face Their Own “Lehman Moment”