The SEC, Cryptocurrencies, And Securities

Authored by Gerald Dwyer via The American Institute for Economic Research,

The Securities and Exchange Commission (SEC) has filed a lawsuit against Ripple and two of its executives for offering digital securities to the public without registering the securities offerings. The complaint alleges that Ripple’s XRP is a security within the meaning of the Securities Act of 1933 and Ripple has issued millions of dollars of this security without the proper registration. 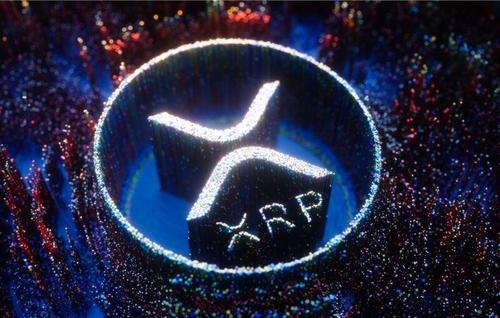 Ripple bills itself as “the best digital asset for global payments.” This statement suggests that XRP is a particular kind of cryptocurrency, one useful in global payments but with no pretense at being useful in everyday transactions.

The consequences of the suit for XRP have been quite severe. By market capitalization, XRP has been the third largest cryptocurrency in the world for some time. The price of XRP fell roughly 50 percent from the court filing from December 22 to the next day. Several U.S. cryptocurrency exchanges have delisted XRP. This is a very prudent thing for the exchanges to do because cryptocurrency exchanges are not SEC-approved securities exchanges. If XRP is deemed a security and an exchange provides a trading venue, the exchange would be an illegal securities exchange.

The lawsuit follows enforcement actions by the SEC against various startups that had Initial Coin Offerings (ICOs) which sold assets – often called “cryptocurrencies” – to the general public. A major issue in these cases was whether the assets were securities. The SEC said “yes.” ICOs have halted in the United States although not in other parts of the world.

The definition employed by the SEC may or may not apply to Ripple. Obviously the SEC thinks so. The defendants presumably think otherwise; an article co-authored by Conrad Bahlke, a lawyer at a firm retained by Ripple, argues XRP is not a security. (I am not a lawyer and will not pretend to resolve the legal question.)

The SEC previously has indicated that Bitcoin and Ether are not securities.

What appear to be important differences?

XRP supply is under the control of the private firm Ripple. A fixed supply of XRP was created initially and Ripple sells XRP gradually over time. Ripple is held by many people who are not financial institutions with any likelihood of using XRP.

While the distinction between the digital assets in terms of possible use by the current owners is correct in general terms, this distinction between the assets is fanciful. A large amount of trading in cryptocurrencies on exchanges has nothing to do with their current usefulness in holders’ purchases and sales of goods and services.

Initial Coin Offerings ran into the same SEC claim that digital assets issued by new firms were securities within the meaning of the Securities Act of 1934. Beginning in 2014, many new firms issued cryptocurrencies in what were dubbed Initial Coin Offerings. In exchange for fiat money or cryptocurrency, ICOs offered various rights to the buyers of the coins or tokens offered by the firms. The most common right offered was access to the service provided by the organization, although rights to part of the profit were offered in almost a quarter of the IPOs from 2014 to August 2017. Many were fraudulent offers in any case.

What are the implications of the Ripple suit for cryptocurrencies in general? Cryptocurrencies with a framework similar to Ripple’s obviously have a problem. Decentralized cryptocurrencies such as Bitcoin and Ether are far away from the situation creating problems for Ripple.

All is not clear though. The President’s Working Group on Financial Markets issued a statement on December 23, 2020 indicating that stablecoins might be considered securities in some circumstances. The Working Group included the SEC Chairman. There wasn’t any elaboration on the circumstances.