Authored by Rod Dreher via TheAmericanConservative.com,

Los Angeles Times columnist Virginia Heffernan, who lives in Brooklyn Heights but who lives somewhere rurally to escape Covid, recently had a dilemma: her Trump-loving neighbors did something nice for her.

She doesn’t know what the right thing to do about it is.

Normal people don’t have this problem.

Normal people think, aww, how nice, and start thinking of ways to return the kindness.

But normal people are not Harvard-educated New York-based liberal journalists. 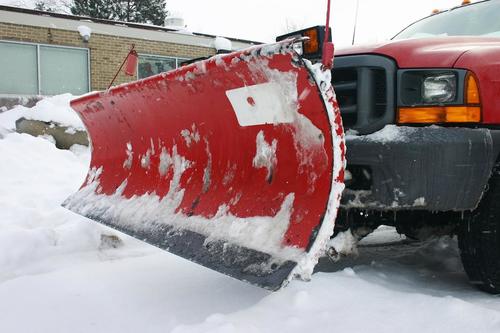 Oh, heck no. The Trumpites next door to our pandemic getaway, who seem as devoted to the ex-president as you can get without being Q fans, just plowed our driveway without being asked and did a great job.

How am I going to resist demands for unity in the face of this act of aggressive niceness?

Of course, on some level, I realize I owe them thanks — and, man, it really looks like the guy back-dragged the driveway like a pro — but how much thanks?

These neighbors are staunch partisans of blue lives, and there aren’t a lot of anything other than white lives in neighborhood.

This is also kind of weird. Back in the city, people don’t sweep other people’s walkways for nothing.

It takes a New Yorker to be confronted with someone doing something nice for them, and get suspicious about the angle. More:

On Jan. 6, after the insurrection, Sen. Ben Sasse (R-Neb.) issued an aw-shucks plea for all Americans to love their neighbors. The United States, he said, “isn’t Hatfields and McCoys, this blood feud forever.” And, he added, “You can’t hate someone who shovels your driveway.”

At the time, I seethed; the Capitol had just been desecrated. But maybe my neighbor heard Sasse and was determined to make a bid for reconciliation.

So here’s my response to my plowed driveway, for now. Politely, but not profusely, I’ll acknowledge the Sassian move. With a wave and a thanks, a minimal start on building back trust. I’m not ready to knock on the door with a covered dish yet.

I also can’t give my neighbors absolution; it’s not mine to give.

Free driveway work, as nice as it is, is just not the same currency as justice and truth. To pretend it is would be to lie, and they probably aren’t looking for absolution anyway.

Let me tell you something, Virginia: your neighbors probably have no idea who Ben Sasse is, and isn’t looking to reconcile with you, much less receive your absolution. They just wanted to do something nice for you, because you are their neighbor, and that’s what neighbors do for each other. The fact that you assume there must be some politically aware motive behind the action says a lot about you. I grew up in the rural South, and trust me, nobody stopped to ask what one’s politics were before doing something nice for them. This is not how people live outside of Blue State Cosmopolises.

As for “absolution,” I kind of hope you do try to engage your Trumpist neighbors by descending from on high to tell them that you might be willing to wash their sins away with your pure milk of la-te-da liberal kindness. That would be fun to watch.

The neighbors might know perfectly well that you hate Trump, but if they are like normal people, they don’t care. You’re their neighbor, and your driveway needed plowing. It didn’t occur to them to think that they needed to know anything else about you. Honestly, this kind of “MAGA-heads In The Mist” take really does call for putting on “Sweet Home Alabama,” blasting it at top volume, and shouting these lines against judgmental liberal hypocrisy:

Now Watergate does not bother me.

Does your conscience bother you? Tell the truth.

No kidding, to people like Virginia Heffernan every check their own consciences? Do they believe that they are not sinners in need of forgiveness and mercy? Does Auden’s great command — “You shall love your crooked neighbour/With your crooked heart” — somehow not apply to them?

I know a Latino immigrant who moved to a small Louisiana town for work. Years ago, I was talking to him about what his life there is like. He mentioned how much he enjoyed playing poker with a group of men he’d fallen in with. One of the men had a familiar name from my Louisiana childhood, and then I remembered that decades ago, that man — now quite old — had been a KKK leader in this state. I asked the Latino guy if he knew that.

I thought: that’s small town life for you. It’s like that in the town where I grew up too. You just cannot afford to be mean to and judgmental of people, even if they have sinned and fallen short of the glory of God, which, believe me, you have done too. The guy you’ll need to call to saw up the tree that fell across your driveway might have MAGA and NRA stickers on his truck. He might also do it for you for free, because he knows you’ve been sick and have medical bills. Many of my friends today back in my hometown are liberals, and I’m sure life is not as pleasant for them in some ways as it would be if they lived in a blue city. But then again, very few people back home talk about politics, and certainly wouldn’t use politics as a reason not to be neighborly. If you live out in the country, you can’t afford to be that way, and besides, it just doesn’t matter that much to us.

A story from St. Francisville, where I’m from: a liberal friend there told me that back in the late 1980s, a gay male couple moved to town. One of them was dying of AIDS, and wanted to live in the country for as long as his life was left. They started attending the local Episcopal church. My liberal friend said that nobody at the church flew rainbow flags (I speak metaphorically), but they also welcomed this couple, and cared for them with meals and chores and companionship, until the very end. If you had polled the congregation back then, you probably would have found very few who would have said much good about homosexuality. And back then, people were a lot more afraid of AIDS than they are today. But that did not matter. What mattered was that here, in front of us, in the flesh, were two people in need of our love and care. And that they received, because they were neighbors.

That doesn’t make St. Francisville paradise. But it does make it humane, and livable.

The local liberals may chafe at their minority status, but they’re nice people too. One of my best friends back home is super-liberal, and he wouldn’t think twice about rushing to help out a neighbor like Heffernan, whatever her politics. It just would not cross his mind to do anything else. This isn’t a left-right thing; it’s basic human decency. The lady who runs the coffee shop in my hometown is pretty liberal, and her clientele is no doubt mostly conservative, but nobody cares. Why should they care? Are you a kind person? Do you treat others with respect? Then you are welcome, even if your politics leave a lot to be desired, either way. I don’t know if it’s like this outside the South, but down here, it would be a sorry man who wouldn’t plow his neighbor’s driveway on account of she hates Trump.

This Heffernan column is so revealing. Is that really how urban media liberals see the rest of America: as a place full of people as bitter and as judgmental as themselves? Heffernan’s column is what happens when people who have extraordinary power to shape the media discourse live in a political monoculture. It’s like the WEIRD phenomenon, in which psychological research to determine what is normative for humans has been done solely on Westerners, whose psychological profiles are very different from those of people from around the world. The baseline of normal behavior is actually quite misleading, the theory goes, because the psychology of people formed in Western, Educated, Industrialized, Rich, Democratic cultures is meaningfully different.

A friend of mine lives in a country resort town that has been overrun during Covidtide with rich coastal liberals escaping the plague. He says that they have made life there miserable. They are snotty, entitled, and treat the locals as exotics to be patronized. He says they are bringing with them the same attitudes toward life that ruined California. I’d bet that Heffernan’s Trumpy neighbors are happy to help her, but they’ll also be happy to see the back of her too, carrying those high-and-mighty liberal attitudes back to New York.

Bless her heart, Virginia Heffernan doesn’t know any better. She is the product of elite colleges and urban liberal media culture, and doesn’t understand that one doesn’t politicize neighborliness. One doesn’t look at one’s neighbors and sort the decent from the indecent based on how they vote. If our big-city newsrooms had more people in them who had some sort of real understanding of and sympathy for people like Heffernan’s snowplowers, we might not be such a divided country. But we all know that when the papers hire for “diversity,” they really mean they want to get ten different flavors of liberal.

So, the Snowplow Test: Do you live in a place where people will plow your driveway without wanting something in return, because it’s the neighborly thing to do? If so, then that’s where you want to live. If not, well, better hope that when hard times come, you’ve made enough money to take care of yourself and your family, because you’re going to need it.

The Invincible Green Stick of Happiness