“Their Careers Are Over”: Cornell Student Reps Targeted For Opposing Efforts To Defund/Disarm Campus Cops

We have been discussing student editors and student government leaders using their positions to retaliate against the exercise of free speech by other students with the support of faculty. This trend is hardly surprising as journalism deans call for censorship and journalism professors call for the rejection of neutrality in the media. Universities have generally remained passive as students and faculty harass and punish those with opposing views.  The latest such example was detailed in a column on the site College Fix on how students at Cornell University moved to oust student representatives who voted against disarming and defunding campus police. 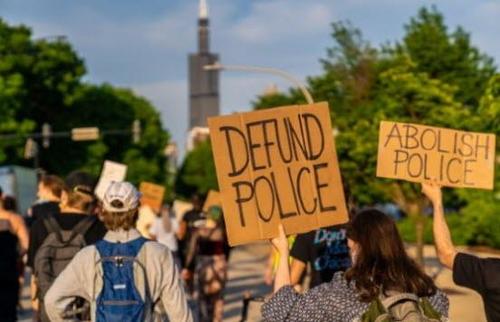 According to the report, students failed to pass a resolution calling for the defunding and disarming of the Cornell Police Department. After the measure failed, student leaders called for the removal of opposing leaders from committees or the student government as a whole.

“These 15 student assembly members watched us pour out our traumas and fears on the floor practically begging them to vote no, and finally send a message to the university that we can no longer allow these oppressive institutions to keep us down. Many of these assembly members are white-cis-het men and women who quite literally laughed and danced in our faces when the resolution failed…Their faces are all over social media…We will never forget… their campus careers are over… We must disarm, defund, and disband the Cornell University Police Department.”

Eventually, after a series of failed votes, the student organizers were able to pass Resolution 30, calling to disarm campus police by two votes.

Student Dakota Johnson, a Marine veteran, recounted a confrontation with a government leader where he was allegedly told that:

The question is the responsibility of universities when students use their positions to deny the free speech of other students or punish those who hold opposing views. There has been a conspicuous silence from faculty ad administrators as both free speech and academic freedom has been attacked in recent years. It is a disgraceful failure to protect the foundational values for academia. Many are afraid of being the next to be targeted by campaigns like those directed against the students at Cornell.  This silence has continued even as faculty are hounded for their views or writings.  We have been discussing these cases across the country including a similar effort to oust a leading economist from the University of Chicago as well as an effort at Harvard targeting a leading academic.  It is part of a wave of intolerance sweeping over our colleges and our newsrooms — a campaign that will devour its own in the loss of academic freedoms and free speech.

Even if we will not protect our colleagues, we have a duty to protect the students who come to our campuses to learn and develop their own views and values. That includes protecting them from being formally punished or ousted for their viewpoints. If we do not fight for them and their rights, we have become entirely untethered from any principle other than our personal advancement and safety.

Was the assault on the Capitol building a false flag?

“I Am Not Impressed. Ms. Powell Retracts Nothing” – Lin Wood Responds to Dominion Voting Machines Threats to Sidney Powell