“There’s Not A Lot Of Enthusiasm For That” – GOP, Moderate Dems Oppose Biden Tax Hikes

One day after Bloomberg published the first details about tax hikes on corporations and high-earning individuals planned by President Biden and his administration, Dems are waking up to a harsh reality: support for raising revenues is lukewarm at best – and not just among Republicans, but moderate Democrats as well.

On Wednesday, a handful of follow-up stories were published examining the reactions among Republican leaders like Mitch McConnell, who told reporters that there was no support in his caucus for tax hikes. Of course, McConnell doesn’t have total control over every member, and it’s possible that moderates like Lisa Murkowski (who has been censured by the Alaskan Republican Party for supporting President Trump’s impeachment and other Democratic measures) might break with the leadership to try and help Biden “Build Back Better.” 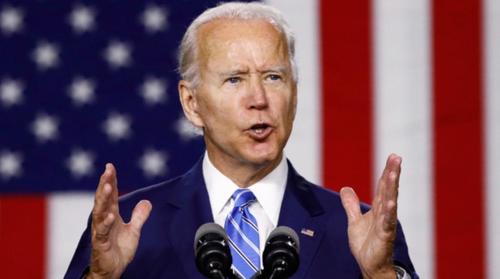 In a subset of its latest report entitled “Tax Jitters”, Bloomberg cites New Jersey Rep Josh Gottheimer and Sen. Joe Manchin as being particularly uninterested in tax increases (even as Wall Street analysts pencil in projections calling for more-robust long-term growth thanks to the pandemic).

It’s also not clear yet how much of a tax increase Manchin and moderates in the House would accept, and the Democrats have narrow margins in both chambers. New Jersey Representative Josh Gottheimer said that moderates like him aren’t interested in tax increases.

“There’s not a lot of enthusiasm for that,” Gottheimer said.

As for more details of the plan, Bloomberg published a separate story with more of those. While taxes are expected to rise on people earning more than $400K/year, the Biden plan (in its incipient state) would include some measure of relief for households in the $110/year range.

“The key here is that the president believes strongly that the biggest corporations and those folks who have done extremely well over the last several decades should pay a bit more,” Bharat Ramamurti, deputy director of the National Economic Council, said Tuesday in an interview with Bloomberg Television.

One aim of Biden’s coming tax program will be to encourage large businesses and multinational corporations to boost their investments in the U.S., Ramamurti said. Wealthy individuals who have profited even during the Covid-19 crisis will be targeted for higher levies, he said.

Apparently, this $110/year number will play an important role, as the administration works to spare “$110/year families” from any further revenue strain. Bharat Ramamurti, deputy director of the National Economic Council, offered some more details in an interview with Bloomberg.

“We hope to work with Congress to accomplish those goals,” Ramamurti said, without offering a timeline for any announcements. “The president’s tax plan is intended to make sure that middle-class families are not paying more than their fair share and that the wealthiest folks, who by and large have done quite well over the last several years, including during the last year, are paying a little bit more.”

Top Republicans are already warning that Democrats will need to go it alone on any infrastructure-led program that is paid for in part with higher taxes. Senate Minority Leader Mitch McConnell said Tuesday there wouldn’t be bipartisan support for such a move.

At the same time, Ramamurti said Biden is hoping to build on President Trump’s “Make America Great Again” agenda by trying to lure large corporations to invest more money in the US. Though it’s unclear how they plan to accomplish this by raising taxes.

One aim of Biden’s coming tax program will be to encourage large businesses and multinational corporations to boost their investments in the U.S., Ramamurti said. Wealthy individuals who have profited even during the Covid-19 crisis will be targeted for higher levies, he said.

With clients clearly eager to hear some smart analysis of the outlook for tax hikes, JPM published a note Monday morning warning that these latest reports about the GOP/Manchin opposition to Dems pushing through tax hikes unilaterally mean the barrier to a sweeping infrastructure bill has been raised. JPM also included a rundown of proposed details from the tax hike plan (Biden wants to at least partially offset the cost of his infrastructure and climate-change plans with new revenue) that have circulated in the media:

Notably, an analyst from Evercore told CNBC’s Andrew Sorkin Wednesday said she expects Biden will succeed in adopting some new taxes on capital gains and carried interest, but the administration likely won’t succeed in taxing capital gains as regular income. Another guest pointed out that, at a time when the US is struggling with China for economic dominance, higher corporate taxes could hurt America’s competitive advantage.

Keep in mind, the purpose of the Biden tax hikes isn’t to offset the $1.9 trillion stimulus that he just signed into law – it’s to offset the cost of Biden’s infrastructure and climate plans. To sum up, given the increasingly fraught politics of tax hikes, it might just be easier to authorize the spending and simply let the Fed monetize it.

Turkey Aligns With NATO Against Russia

The “Myth Of Bipartisanship”: Kyrsten Sinema Becomes The Latest Victim Of Rage Politics