There’s Something Peculiar About The Vandalism At Pelosi’s House

Authored by Adrea Widburg via AmericanThinker.com,

An ugly story emerged on New Year’s Day: Vandals had attacked Nancy Pelosi’s San Francisco house, leaving behind graffiti on her garage complaining about the stimulus bill, along with a pig’s head in a puddle of red paint. People less credulous than the media, though, noticed that the vandals were kind enough to do their dirty deed without touching the brick facing on Pelosi’s house. These may have been polite vandals, or there may be more here than meets the eye.

The new year brought a disturbing discovery at the San Francisco home of U.S. House of Representatives Speaker Nancy Pelosi, where, early Friday morning, vandals spray-painted her house and left a severed pig’s head in front of her garage.

The graffiti says “Cancel rent” and “We want everything” — possibly referencing coronavirus stimulus checks. There was also a severed pig’s head in a pool of red paint left in front of the garage door.

The original story made Antifa look simultaneously sympathetic and really bad. The good part was the “cancel rent” statement. The bad part was the vandalism itself. No civilized people want to be victims of ugly graffiti nor do they want it to happen to others, including San Fran Nan, no matter how vile her politics. Moreover, Pelosi’s position may make the vandalism a federal crime.

At first pass, the photo of the damage is very ugly. The garage door is completely covered with graffiti and the pig’s head is disturbing:

People quickly noticed something peculiar, though, about the graffiti. If you look at the upper right side, where the letter “A” in a circle appears, the circle abruptly cuts off on the far, right side, where it might have touched the bricks: 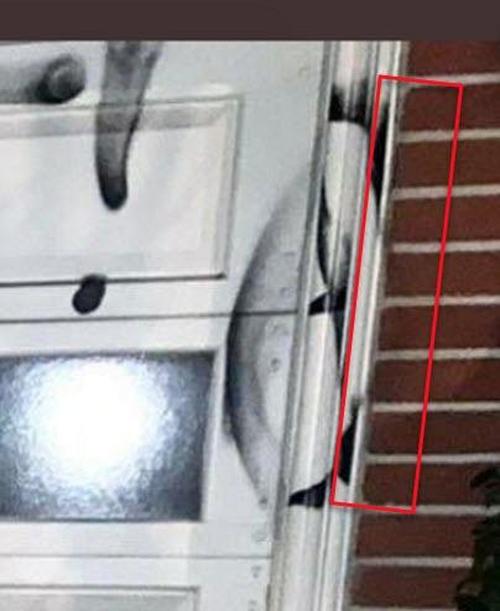 Unless the spray can coincidentally stopped spraying paint just as it got to the “three o’clock” side of the circle, it looks very much as if the graffiti artist went out of his (or her) way to protect the bricks from getting paint splashed on it, perhaps by taping off the area before spraying. This care is important because it’s easy to repaint a garage door and “notoriously difficult” to get spray paint off of a porous surface such as brick.

Likewise, the encircled “A” on the left side also has a completely vertical stripe on its “nine o’clock” side, which again looks as if someone held up a barrier to ensure that no paint got on the bricks: 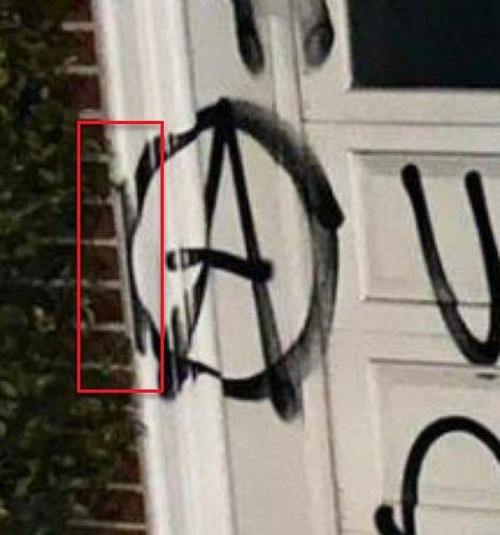 When you think of your average Antifa type (these mug shots may be representative), does that Antifa guy or gal strike you as the kind of person who would carefully avoid getting any paint on bricks so as to spare Pelosi the inconvenience of getting the paint off the bricks?

It’s entirely possible that this was an Antifa effort and the person spraying paint had some residual compassion for Pelosi. But it’s also possible that this is a false flag effort. I am not offering any suggestions as to who might have raised this false flag. I note only what others have pointed out before: Something’s peculiar here.

SARS-CoV-2 Has Not Been Proven To Exist; I Can Do This Forever