Three Records Broken In 2020 That Were Less Than Ideal

With the coronavirus pandemic serving as a backdrop, 2020 was a record-breaking year in many ways. And some of the economic records that fell were, shall we say, less than ideal. In fact, the impacts of these records will almost certainly ripple through the economy as we move into 2021. 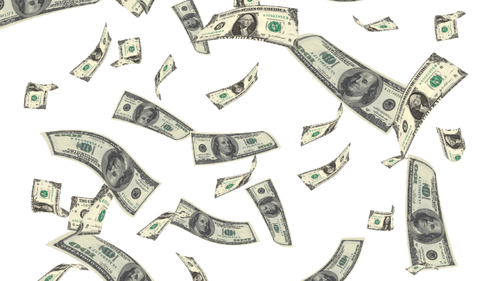 Here are three records that fell last year that didn’t get nearly as much attention as they should have.

To begin with, the money supply grew at a record pace in 2020.

And there is no sign that money creation is slowing down. According to Fed data released on Dec. 18, M2 surged by $228.1 billion in the preceding week. In other words, the Fed created over $228 billion out of thin air in just one week.

The Federal Reserve’s balance sheet grew to record levels right along with the money supply.

As of the week before Christmas, the balance sheet was at a record $7.4 trillion. The central bank has more than doubled the amount of Treasuries on its balance sheet since the beginning of the year.

The Federal Reserve tried to unwind its extraordinary and unprecedented asset purchases, but as Peter Schiff predicted, it failed miserably. It only managed to shrink the balance sheet to $3.7 trillion before the stock market tanked in late 2018 and the Fed pivoted back to QE in 2019.

And that, I think, is a key point.

Most people assume the Fed started growing its balance sheet again as an emergency measure in response to the COVID-19 pandemic. But the balance sheet was already back over $4 trillion before coronavirus even reared its ugly head.

In fact, I think COVID-19 saved the Fed’s bacon. The lockdowns gave the central bank an excuse to go all-in on quantitative easing and bond-buying. It would have had a hard time selling such a program in the absence of an emergency. But the bubble was deflating and the Federal Reserve was going to have to keep cutting rates and upping the QE ante regardless. Instead, we got COVID-19 and here we are. COVID gave the Fed cover to ramp up its monetary policy.

Meanwhile, the US government set a record for piling on debt last year.

The fiscal 2020 budget shortfall totaled $3.13 trillion. That more than doubled the previous record deficit of $1.4 trillion set in 2009 at the height of the Great Recession. With all of the borrowing and spending, the national debt surged above $27 trillion on Oct. 1 and closed the year at $27.75 trillion. The debt to GDP ratio stands at 130.47%.

And that ladies and gentlemen is why the Fed’s balance sheet has exploded. That is why the money supply has exploded. The Fed has to monetize all of this debt. The debt and the QE fit hand and glove. Without the Fed creating artificial demand in the bond market through its Treasury purchases, interest rates would spike. There isn’t enough natural demand for US bonds to sustain government borrowing. And this is why you can expect more QE and money printing in the coming year. The borrowing and spending aren’t going to suddenly stop.

Despite the lack of concern in the mainstream, debt has consequences. Studies have shown that a debt to GDP ratio over 90% retards economic growth by about 30%. This throws cold water on the Republican mantra “we can grow ourselves out of the debt.”

Most people reflexively assume the borrowing and spending are purely a response to the pandemic, but Uncle Sam had a spending problem long before coronavirus was a thing. Then national debt has grown by over $7 trillion since President Trump took office.

I don’t think these 2020 records were one-off events. They weren’t “just because of COVID-19.” The pandemic certainly exacerbated the problems. It put the borrowing, the spending, and the money printing on hyperdrive. But these trends existed before the pandemic and they will continue long after coronavirus is an ugly memory.

And now we will have to deal with the consequences – bigger bubbles, massive distortions in the economy, piles of debt, and a central bank that has no exit strategy for this unprecedented monetary policy.

As I said, these 2020 records point to an economic situation that is — less than ideal.

The EU Is At Risk Of Becoming Subservient To China