Yet another record for Tampa Bay Buccaneers quarterback Tom Brady, yet this one is not on the football field. His rookie card just sold for $1.32 million in an online auction, which is by far the highest price ever paid for an NFL card, according to the auction house.

This followed on the heels of Patrick Mahomes’ autographed rookie card in February going for $861,000 at an online auction. And just two years ago an autographed card from Brady’s rookie season sold for over $400,000 – which was the highest at that time.

PWCC Marketplace confirmed the final record price on its Instagram account Thursday, featuring an image of the ultra-rare card: 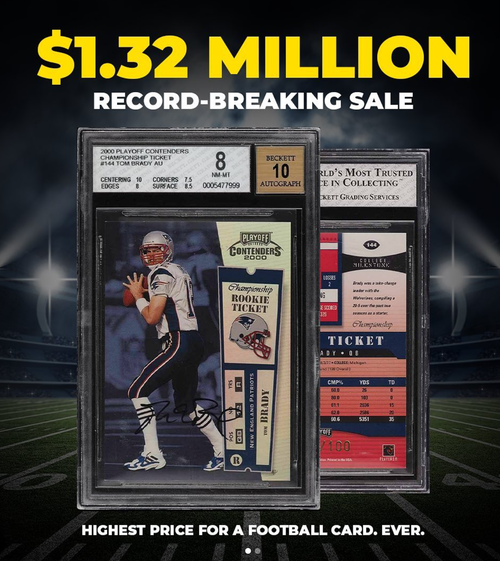 The auction house, considered the largest trading card marketplace in the world, announced, “This month we had the pleasure of brokering a record-breaking sale on a 2000 Playoff Contenders Championship Ticket Tom Brady.”

“Only one of 100 cards in the world, even less if you consider grade – this incredible card was picked up by James Parker, a long-time Brady fan,” the statement added.

“I lived in Boston for 10 years and so am a huge fan of Brady. The last Super Bowl win was just a mind-blowing accomplishment.”

Park added, “I’ve also had a love of collecting cards since I was a kid. Given Brady’s uncontested status as GOAT (greatest of all time) in football, this card is an important piece of sports history and of any collection.” 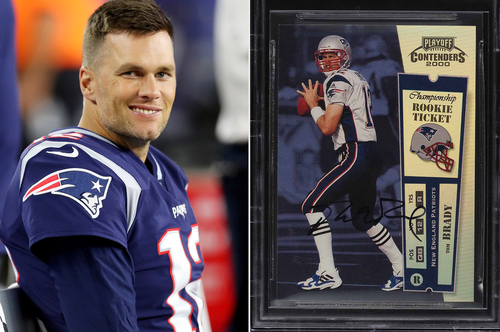 Sports Illustrated describes further of what’s behind the record-smashing price tag: “The piece is being dubbed the ‘Holy Grail’ of Brady football cards, much in the way the Wayne Gretzky O-Pee-Chee has defined the hockey great’s collectible market.”

We’ve not yet quite reached Picasso auction prices, but given that 43-year old Brady has said he’s already thinking about chasing a number eight Super Bowl win, it might not take long at this rate for his memorabilia to skyrocket further to such levels.