During a press conference on Tuesday, Europe’s top medical regulator, the European Medicines Agency, reiterated that there is no evidence the AstraZeneca-Oxford COVID jab contributed to blood clots and other deadly developments in certain patients who received the vaccine.  But while the agency insisted that there is “no indication that vaccination has caused these conditions,” it added that it would “urgently review” all safety data.

There was a time when reviews like this were carried out before approval, but the urgent problem presented by the COVID pandemic apparently forced developers to cut some corners as the first wave of vaccines was developed and approved in under a year. 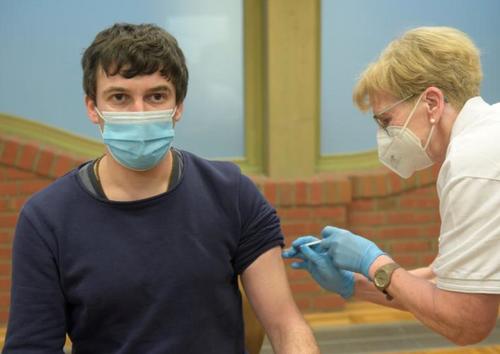 A string of countries, including France, Germany and Italy and a handful of others (including Thailand, though it has since reversed the decision) temporarily suspended the AstraZeneca jab over the past week. They all claimed they were halting the shots out of an abundance of caution, as they reviewed data to see if there might be a discernible link between the vaccinations and some patients with low blood-platelet counts.

“A situation like this is not unexpected when you vaccinate millions of people,” said Emer Cooke, the EMA’s executive director, who led the press briefing Tuesday. She added that there is “no indication that vaccination has caused these conditions.”

Cooke stressed the need to take the time to evaluate every reported case and come up with a “science-based” assessment, a point that seemed at odds with her criticisms of the governments that moved to swiftly halt distribution of the AstraZeneca jabs.

“This is a serious concern,” she said, that requires “thorough analysis of all the cases that are reported and evaluate whether this is a coincidence or indeed a causal effect.”

She added that while a review is being conducted, “we are still firmly convinced that the benefits [of the vaccine]…outweigh the risk of these side-effects.”

AstraZeneca has strongly defended the vaccine, and the WHO has criticized the decision to halt vaccinations because it could undermine global perceptions of vaccine safety. Meanwhile, the WHO said its advisory panel was collecting data on incidents of blood clots and would carry out a review.

Sweden became the latest European country to halt the jab on Tuesday after insisting the vaccine was safe for days. Some 24 countries have temporarily halted, or promised to halt, distribution of the AstraZeneca jab. No cases of severe blood clots have been reported in Sweden, but neighboring Norway and Denmark have each reported one death. At least 16 of the countries that have banned the jab are in Europe.

Before the press briefing, France’s industry minister Agnès Pannier-Runacher said the countries acted in an effort to help protect public confidence. “It is important that there is not distrust in the population,” Pannier-Runacher said. “If you see decisions being made in other countries, the risk is that a mistrust of the vaccine could develop. Our intention is to be perfectly transparent…and [show] that every time that there is an alert, we treat it as professionally as possible.” 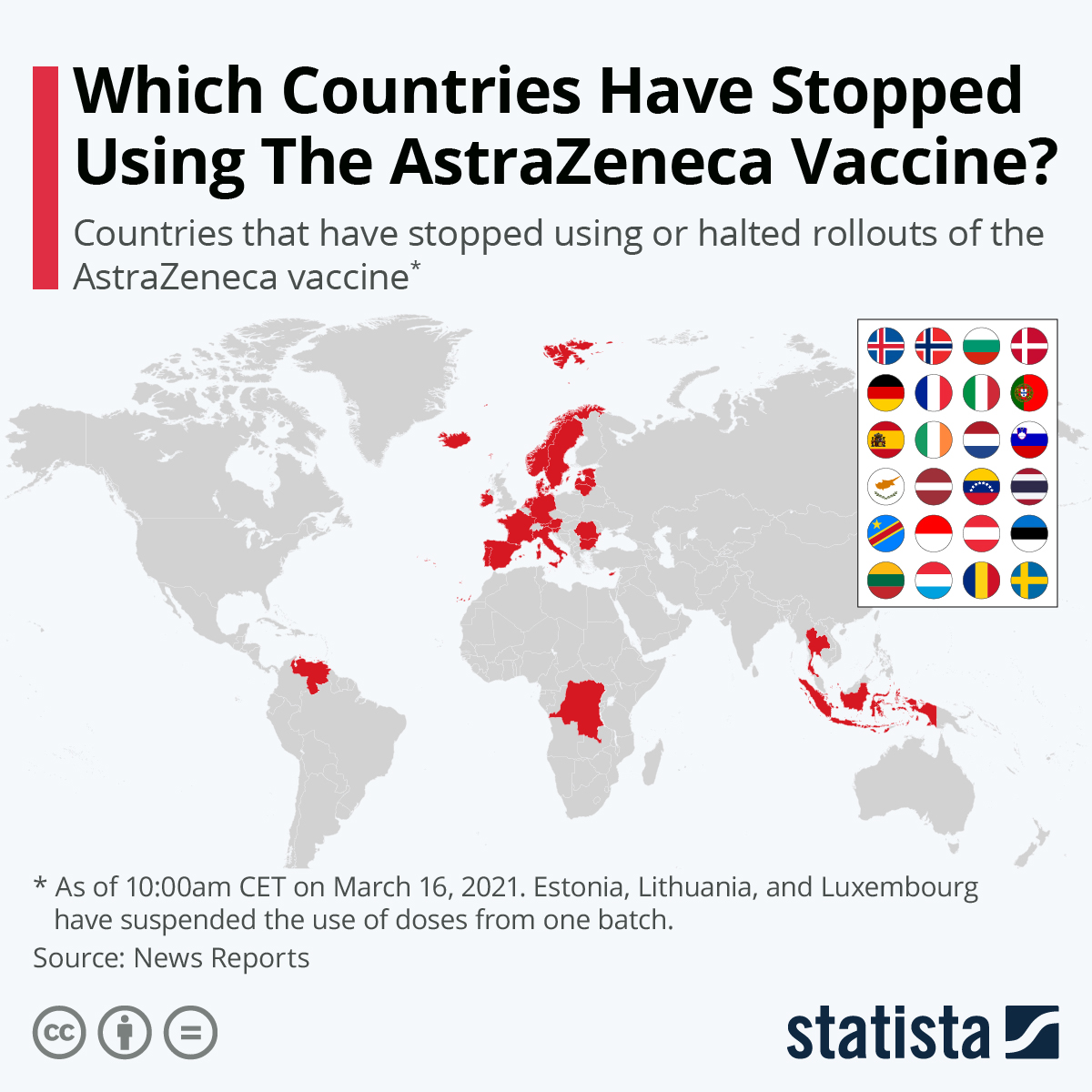 Readers can watch the briefing below:

AstraZeneca’s vaccine was heralded as a critical success in the fight against COVID because it’s cheap to develop, ship and store, and using the adenovirus vector technology that has long been used for vaccines. However, questions about rare side-effects created some hiccups during the trial phase. At one point last year, the US halted the US-based trial for the AstraZeneca jab for a whole month.

Last week, Denmark reported “highly unusual” symptoms in a 60-year-old citizen who died from a blood clot after receiving the vaccine, the same phrase used on Saturday by Norway about three people under the age of 50 that were reportedly being treated at a local hospital. One of the three health-care workers hospitalized in Norway eventually died, health authorities said Monday.

Later on Tuesday, the bloc’s health ministers held a video call where they shared information about their side-effect concerns. The EMA’s safety committee has called an extraordinary meeting for Thursday to decide on any further recommendations. Cooke declined to list all the possible conclusions, mentioning an additional warning on the product or possibly more radical action, “if there is a problem that can’t be solved

Finally, Nicola Magrini, the director of Italy’s top medical regulator, the AIFA, told an Italian newspaper that the decision by Germany, France and Italy to suspend the shots after reports of dangerous side effects was a “political one”.

“We got to the point of a suspension because several European countries, including Germany and France, preferred to interrupt vaccinations…to put them on hold in order to carry out checks. The choice is a political one,” she said.

Magrini insisted the AstraZeneca vaccine was safe and that the benefit-to-risk ratio of the jab is “widely positive” (note: there have been eight deaths and four cases of serious post-vax side-effects in Italy). Aifa will take two to three days to collect all required data and once “doubts are cleared we can carry on at a faster speed than before,” she added.

Looking ahead, the EMA’s safety committee will hold an extraordinary meeting on Thursday to decide on any further recommendations. Cooke demurred when asked to list all the possible conclusions, mentioning an additional warning on the product or possibly more radical action, “if there is a problem that can’t be solved.”

US Stimulus Has Created A Boom… In China

Looking On The Bright Side