European leaders have insisted they are ready to re-start the distribution of AstraZeneca jabs (assuming their citizens are still willing to accept them) following a safety review by the bloc’s top regulator. Well, that “review” has just ended, and the EMA is preparing to release the findings about the vaccine safety in just a few hours, as the WHO and AstraZeneca continue to insist that the benefits of the vaccine far outweigh any rare side-effects (even if those side effects might be deadly for some).

According to media reports, the EMA’s committee of experts is due to release its findings later on Thursday.

Earlier this week, some two dozen countries including Europe’s three largest economies – Germany, France, Spain and Italy – suspended immunizations using the AstraZeneca-Oxford jab following myriad reports of unusual blood clots in a small number of people. Some regulators are suspicious of a link between the clots and patients with low blood-platelet counts. Though the EMA and WHO have insisted that more than 17MM people have received the AstraZeneva jab, with the vast majority of them exhibiting few, if any, side effects. 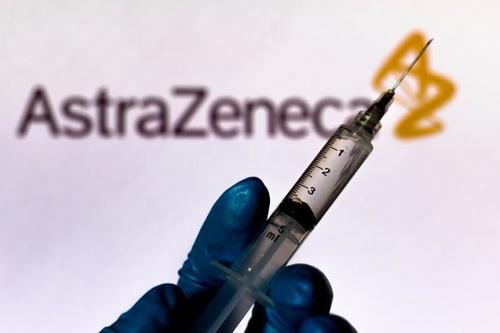 AstraZeneca said earlier this week that it carried out a careful review of its COVID-19 immunization data and found no evidence of any increased risk of blood clots in any age group or gender in any country. But understandably, the company’s study has done little to quell concerns in Continental Europe, where fewer than 1 in 10 adult have received their first COVID jabs.

During a Tuesday press conference, EMA executive director Emer Cooke explained that the agency’s top priority was delivering a safe vaccine and that it would consider issues including if extra warnings needed to be added for the AstraZeneca vaccine.

She also pointed to the daily death toll COVID-19 is continuing to take across the Continent, and insisted that vaccines like the AZ jab are the only hope for a solution.

“We are worried that there may be an effect on the trust of the vaccines,” she said. “But our job is to make sure that the products that we authorize are safe and we can be trusted by the European citizens.”

The pause in vaccination using the AstraZeneca shot comes as COVID-19 is surging across the continent and as Britain is expecting major delays in its vaccine deliveries. Tens of thousands of new daily cases have prompted new lockdown measures in Italy, caused hospitalizations in France to spike and led German officials to announce that a third wave of COVID-19 has begun.

German Government spokeswoman Ulrike Demmer told reporters in Berlin on Wednesday that while she understood some might be worried by the review, it should be seen as a sign that “trust in our control mechanisms is justified.” The comments reflect all the warnings from bureaucrats and scientists that the halts will irreparably harm public faith in vaccines.

“That’s why this step could also strengthen trust” in the vaccines, she said. “Concerns are taken seriously and examined. And as soon as these concerns are cleared up, a vaccine can be used again without hesitation.”

A spokesperson for Germany’s top health authority said the EMA decision will be “binding”. Leaders from Italy and France have given similar promises.

Still, since there are no long-term data on any of the COVID-19 vaccines, we suspect European authorities will continue to take extreme caution while investigating any any potential signs of trouble.

“Potential For Further Slop Remains” In Nasdaq After Op-Ex “Unclenching”

Remember When They Said the Betsy Ross Flag was Racist? – Well, Now It’s Not Racist cuz Joe Biden Used It