An audit by the US Department of Energy, Office of Inspector General (DOE-OIG) found that the nation’s top nuclear laboratory is not taking the necessary precautions to safeguard the facility from wildfires. 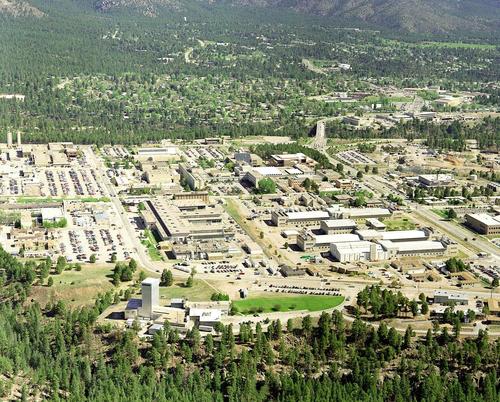 The audit, titled “The Department of Energy’s Wildland Fire Prevention Efforts at the Los Alamos National Laboratory,” raised concerns about fire management plans have not properly been followed and may pose a significant risk to the facility if a wildfire were to materialize in the area. 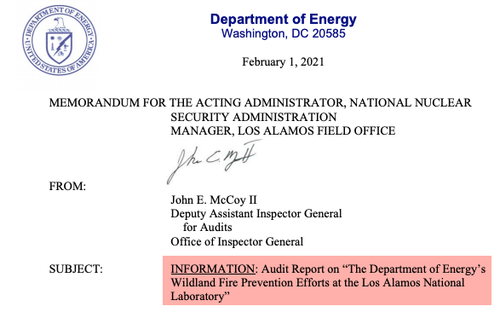 DOE-OIG’s audit comes as the West Coast experienced one of the worst years for wildfires. Presently, the US Drought Monitor, prepared by the U.S. Department of Agriculture (USDA), shows LANL and the surrounding region are experiencing severe drought conditions. 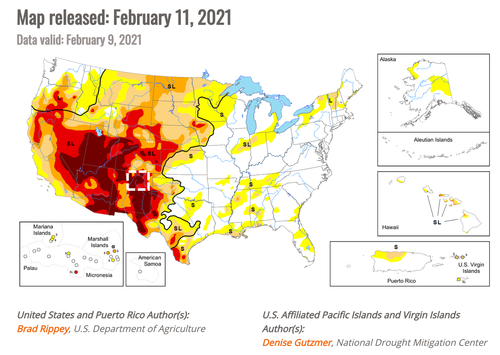 Specifically, mitigation measures such as tree thinning identified in the 2014 LANL Forest Management Plan (Forest Plan) and 2016 LANL Five-Year Wildland Fire Management Plan (Wildland Fire Plan), which are necessary to reduce the risk of crown fires, were not always performed, increasing the potential for a devastating wildland fire to spread

In addition, not all fire roads were maintained in a state to ensure safe passage for firefighters and equipment responding to wildland fires in undeveloped areas of LANL, which could create dangerous conditions for emergency responders and delay response times

These issues occurred, in part, because a comprehensive, risk-based approach to wildland fire management had not been developed at LANL in accordance with the Federal Wildland Fire Management Policy (Federal Policy).

The audit included one picture that depicted an overgrown fire road. In this area, DOE-OIG said, “there were approximately 400–500 trees per acre in this canyon; however, the ideal number should be 40–50 trees per acre.” 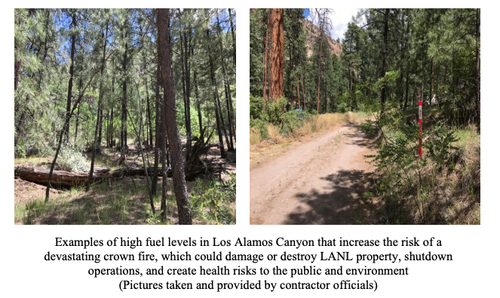 Here’s another example of a poorly maintained fire road. 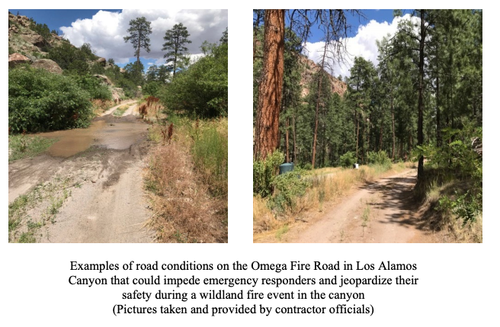 It was not immediately clear what LANL’s 2021 fire management plans are to mitigate the emerging threat of wildfires that could cripple the nation’s top nuclear lab.

ONLY SEVEN: Here Are the Seven GOP Senators Who Stood With President and Against Arizona Election Results