Toyota is going to be producing the components necessary for fuel cell vehicles in China beginning next year. It marks the first time Toyota will produce these components outside of Japan, according to Nikkei.

Currently, components are being manufactured in Japan, before being sent to China to be assembled.

Beijing reached out to Toyota and asked the company to produce the components in the country, offering up support in hopes of moving toward its goal of putting 1 million fuel cell vehicles on the road by 2035. Beijing continues to push FCV as the “next generation” EV, offering cities incentives for establishing production facilities. 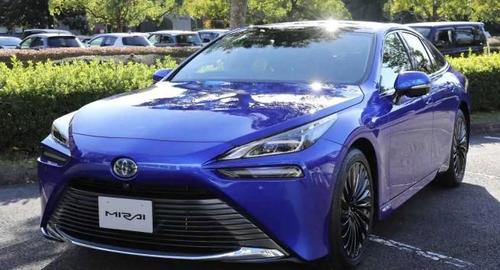 “Toyota is working with a Tsinghua-affiliated company to build a manufacturing facility for the driving systems of fuel cell cars,” Minggao Ouyang, a Tsinghua University professor, told Nikkei. The company will manufacture fuel cell stacks and other components.

Components made in China will be used in commercial vehicles and busses. Toyota is still currently in the process of working out the details of its partnership with Tshighua. The automaker and Tsinghua University established a joint venture in 2020.

A new production facility is targeted for 2022 and 2023 and could cost “hundreds of millions of dollars”.

So Much For A ‘National Healing’