A train carrying more than 160 Volkswagen cars was derailed in Mexico last Wednesday by armed thieves, according to Mexican authorities, FreightWaves reports. 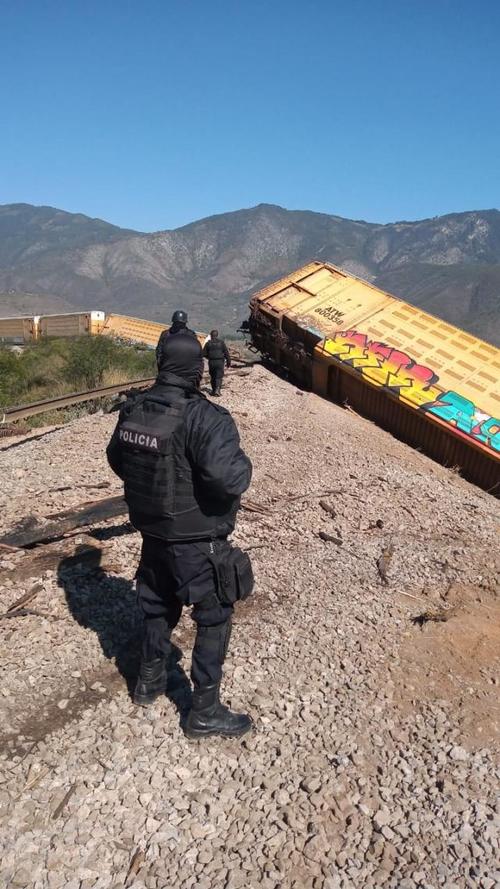 Thieves removed almost two meters of tracks to halt the train and steal merchandise. It wasn’t clear what they were able to steal, given that the cargo was brand-new vehicles.

The train tracks were cut near the town of Acultzingo, about 80 southeast of the Volkswagen assembly plant in Puebla, Mexico, where the company makes its Jetta, Tiguan and Golf models.

Authorities said about 11 train cars carrying a load of Volkswagen vehicles bound for Europe were derailed on the way to the Port of Veracruz. The incident happened about 3 a.m. Wednesday. 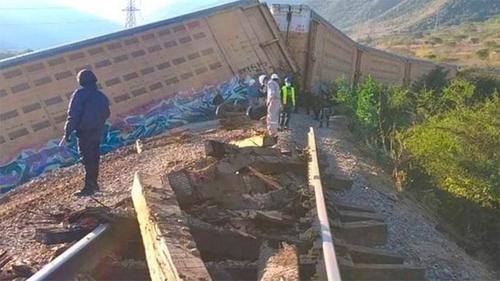 Up to 165 cars may have been damaged during the derailment. The train tracks belong to the Ferrosur Co., a railway that serves the southeastern regions of Mexico.

“There were 11 units loaded with cars that overturned and some even went into the ravine, and five were semi overturned. Fortunately no one was hurt,” said a Ferrosur official, according to outlet News Informant of Veracruz.

No arrests have been made. Volkswagen AG has not issued any statement regarding the incident.

A railway union spokesman quoted by Mexico News Daily, said six rail cars rolled over completely and some dropped into a ravine. He estimated damages in the millions of pesos.

This is not the first – and certainly won’t be the last – Mexican train robbery in the region, as Bloomberg’s 2018 profile of Acultzingo so vividly revealed, in an article aptly titled “The Train Robbery Capital of the World“:

Head southeast out of Mexico City for about four hours or so and you will come upon the town of Acultzingo.

It is an impoverished, dusty little place nestled up against the rugged peaks of the Sierra Madre. Most inhabitants work the land for a living. They grow corn and avocados and raise cattle and pigs. They also rob trains. Lots of trains. So many, in fact, that Acultzingo (pronounced ah-coolt-ZEEN-go) is not only the train robbery capital of Mexico but, arguably, of the world.

Over the past year alone, there were 521 crimes committed against cargo trains in the town. And a chunk of those incidents bore no resemblance to the run-of-the-mill petty crime seen in the bigger cities of northern Mexico — vandalizing a train car or stealing railway signs. No, these were massive, choreographed affairs that often started with a low-tech trick that dates back to the days of the Wild West — piling rocks up high on the tracks — and involved small armies of thieves who descended on the derailed cars in waves to cart off the loot.

They’ve swiped tequila, shoes, toilet paper, tires, whatever they could get their hands on. One particularly violent incident alone, which derailed dozens of train cars a few miles east of Acultzingo, saddled railroad giant GMexico Transportes with more than $15 million in losses. And at Mazda Motor’s offices back in Mexico City, executives got so sick of hearing about how parts were being stripped from their vehicles that they started shipping some of them through the region by highway. Analysts estimate this tacks 30 percent on their transportation costs. (Mazda declined to provide figures.)

Security forces are so overwhelmed by the sheer number of attackers, says political-risk analyst Alejandro Schtulmann, that a sense of impunity prevails in the area. “The problem is getting worse all the time,” says Schtulmann, who heads Mexico City-based consultancy EMPRA.

It’s this kind of extreme lawlessness that has led some Mexico observers to wonder at times whether the country is something of a failed state struggling to rule over the entirety of its territory. Homicides are at a record high. Kidnappings are on the rise, too. Reining this crime in, at least somewhat, will soon be the task of Andres Manuel Lopez Obrador, the populist leader who rolled to a landslide election victory this month in part on his pledge to restore law and order.