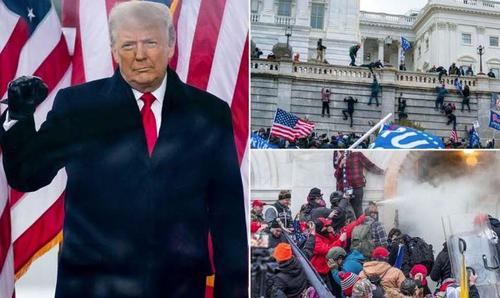 The details shows that 43% of Republicans who ‘strongly’ approve of Trump’s actions, along with another and 20% ‘approve’ of his agenda. 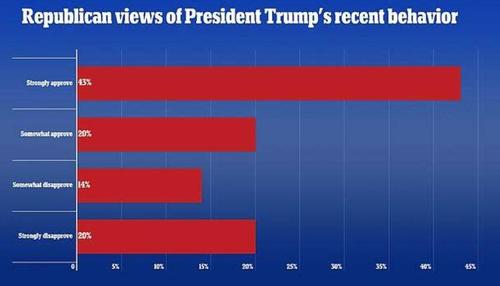 While 34% of Republicans disapproved of Trump’s recent behavior, across the aisle, 80% of Democrats believe this was “a coup,” and 94% of Dems believe Trump should be “immediately removed from office.” 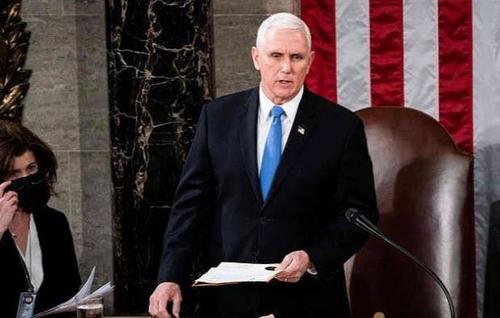 Vice President Mike Pence gets even higher overall approval in the same poll. A third of voters ‘strongly approve’ of his recent behavior, with 41 per cent somewhat approving. What makes up the difference is 33% approval among Democrats – after Pence upheld his ceremonial role and presided over a Joint Session when Congress counted the votes of the Electoral College.

Finally, while the President is reportedly going out with a record low exiting approval rating… 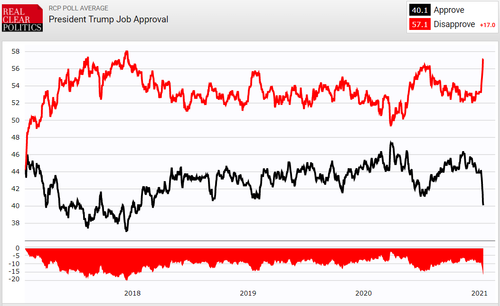 Ahead of the Senate’s decisions on impeachment, with various politicians reportedly looking to scrub Trumpism from the Republican playbook, a perhaps shocking to some 66% of Republicans (42% strongly agreeing) that the party is better with Donald Trump in it (and 57% believe he should be the candidate in 2024).

62% of republicans in the same poll said they disapproved of Senator Mitt Romney’s behavior, after he called out Trump publicly and voted to count the electoral votes of both Pennsylvania and Arizona. Ted Cruz was firmly in the “approve” camp, with 61% of Republicans voting in favor of the constitutionally minded Senator.

Finally, on a note of optimism and bi-partisan agreement, 79% of those surveyed across party lines said they believed “America is falling apart”.