President Trump on Monday suggested that the election results can’t be certified due to “verifiably WRONG” numbers, and teased the release of “the real numbers” during a speech in Dalton, Georgia set for 8:30p.m. eastern time tonight. 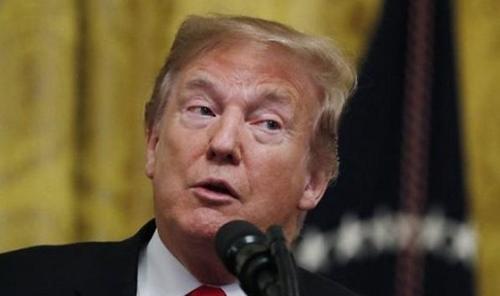 How can you certify an election when the numbers being certified are verifiably WRONG. You will see the real numbers tonight during my speech, but especially on JANUARY 6th. @SenTomCotton Republicans have pluses & minuses, but one thing is sure, THEY NEVER FORGET!

Trump’s Monday night rally is intended to boost Republican Sens. Kelly Loeffler and David Perdue, however it’s clear that he’ll focus on his ongoing challenges to the 2020 election, which has the support of at least 140 House Republicans and nearly a dozen GOP Senators led by Sen. Ted Cruz of Texas.

In a contentious phone call secretly recorded by Georgia Secretary of State Ben Raffensperger and leaked to the Washington Post, Trump warns the Republican official that “The people of Georgia are angry, and these numbers are going to be repeated on Monday night, along with others that we’re going to have by that time, which are much more substantial.“

Later Monday morning, Trump attacked the “Surrender Caucus” of Republicans who want to accept the results of the election and move on with life under a Biden administration.

The “Surrender Caucus” within the Republican Party will go down in infamy as weak and ineffective “guardians” of our Nation, who were willing to accept the certification of fraudulent presidential numbers!