Trump Will Be ‘Actively Involved’ In Republican Politics, Not Interested In Third Party: Former Adviser

A longtime adviser to former President Donald Trump said he will be “actively involved” in Republican Party politics going forward.

“The president continues to have enormous support and approval among Republican primary voters. He continues to have hundreds of millions of dollars in his campaign account, which he can utilize. And he will continue to be actively involved in recruiting candidates and holding elected officials accountable for their votes,” Corey Lewandowski, a former Trump campaign manager, told Fox News on Thursday. 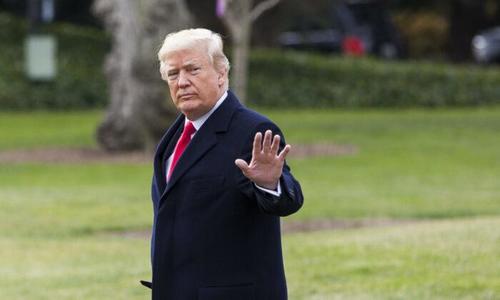 Lewandowski, who managed Trump’s 2016 presidential campaign, said Trump will not form a separate party after there were rumors and reports saying he could start his own “Patriot Party.”

“I don’t think the president has any interest in being part of a third party,” he said.

“We are not supportive of this effort, have nothing to do with it, and only know about it through public reporting,” campaign adviser Jason Miller told The Epoch Times several days ago.

However, Lewandowski said the former president would be involved in supporting primary challenges against the 10 Republicans who voted to impeach Trump earlier this month. Several GOP senators have also expressed a willingness to convict Trump in next month’s impeachment trial.

“They will all get primary challenges in my opinion,” Lewandowski said.

“I don’t know at what level the president’s going to weigh in on each of those races, but I think he will be involved in a number of them.”

Among them is Rep. Liz Cheney (R-Wyo.), a member of the House GOP leadership, who is receiving a primary challenge for her seat in 2022. Wyoming State Sen. Anthony Bouchard, a Republican, filed a statement of candidacy earlier this month.

“Wyoming was President Trump’s best state both times he ran. That’s because Wyoming voters are strong conservatives who want our leaders to stand up for America, defend our freedoms, fight for our way of life and always put working people first as President Trump did,” Bouchard said in a statement on Jan. 20.

But the former Trump campaign advisor noted that it’s not clear if his efforts will be a success.

“We’re going to see how much influence the president wants to exert going forward,” Lewandowski told Fox in his interview.

“I don’t think anybody knows that yet,” he continued.

Polling has shown that Trump still remains very popular with Republicans despite critical comments from members of his own party after the Jan. 6 Capitol violence.

Confirmed: President Trump Will NOT Welcome China Joe to the White House on Wednesday