Donald Trump’s lawyers have demanded that the Senate dismiss impeachment charges against the former president, blasting his upcoming trial as ‘unconstitutional political theater‘ in a 78-page brief filed on Monday, the day before the Senate meets as an impeachment court. 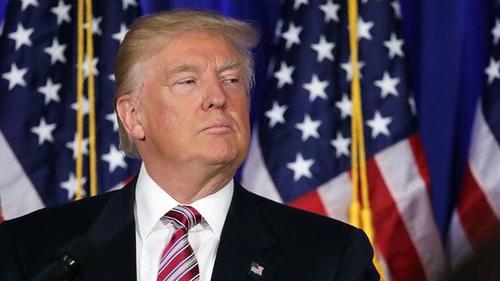 “This was only ever a selfish attempt by Democratic leadership in the House to prey upon the feelings of horror and confusion that fell upon all Americans across the entire political spectrum upon seeing the destruction at the Capitol on Jan. 6 by a few hundred people,” wrote Trump attorneys David Schon and Michael T. van der Veen.

“In bringing this impeachment in the manner in which they did, namely via a process that violated every precedent and every principle of fairness followed in impeachment inquiries for more than 150 years, they offered the public a master’s class in the art of political opportunism,” the filing continues.

“This impeachment process they’re going through is unconstitutional. It’s all designed for nine House Democrats to do two things, to get political vengeance and have a viral moment.” – @MarkMeadows on impeachment. pic.twitter.com/Un43qyicsP

House managers will have until 12 p.m. ET to respond to Trump’s initial filing, affording them an opportunity to argue why they think the proceedings – which would mark the first time in US history that a former president is tried – are constitutional.

Under the terms of a deal being hashed out between Senate Majority Leader Chuck Schumer and anti-Trump GOP leader Mitch McConnell, each side would have up to 16 hours to present their cases, according to CNN, which adds that under the current iteration of the agreement, there would be a four-hour debate on the constitutionality of the trial on Tuesday, followed by a vote on that question.

Presentations will begin at noon on Wednesday. Friday at 5 p.m. the proceedings will pause, and will remain so all day Saturday in observance of the Sabbath at the request of Trump attorney Schoen, only to resume Sunday afternoon.

According to CNN, “Even Republican senators open to voting to convict Trump say they recognize the votes aren’t there for a guilty verdict, which would require 17 Republican senators to join every Democrat to vote for conviction. Last month, 45 of the Senate’s 50 Republicans voted in favor of a procedural motion to dismiss the trial on constitutional grounds.”

In short, there’s virtually no way Trump will be convicted in the Senate.

“I think it’s very unlikely, right?” Sen. Pat Toomey (R-PA) told CNN‘s “State of the Union” on Sunday. “I mean, you did have 45 Republican senators vote to suggest that they didn’t think it was appropriate to conduct a trial. So, you can infer how likely it is that those folks will vote to convict. I disagreed with their assessment. I think it is constitutional.”

Why now? Clearly the effort to impeach is payback and symbolic, but it is also a strategy to prevent former President Trump from ever returning to office. Censure is another option that at times since 6 January appeared to be the most likely scenario … Right now, the trial is a distraction from other needed legislation and confirmations. The Senate used the past week to confirm several of President Biden’s appointments, but more appointees await confirmation. A concern beyond the next few weeks is that the push to impeach could also galvanize Republican voters who are currently split over Trump.

“This is all about a political theater,” former Trump Chief of Staff Mark Meadows told Fox News’ Maria Bartiromo on Sunday. “It’s really about Democrats trying to once again make a political point. Listen, this whole impeachment is designed to remove someone from office. President Trump is a private citizen at this point.”

“It’s a violation of due process…” – @MarkMeadows on the Democrats’ sham impeachment. pic.twitter.com/vvC15xhhZI