In 2015, I wrote a Washington Post column criticizing the world leaders who marched for free speech and the free press after the massacre of editors with from the satirical weekly Charlie Hebdo, particularly the vehemently anti-free speech and anti-free press president of Turkey Recep Tavyip Erdogan. The editors were murdered because the magazine published a cartoon of Mohammad. Seeing the authoritarian Erdogan at the front of the march was the ultimate mocking of these deaths and proof that world leaders cared little for these rights or the 12 dead. Not only did Erdogan’s government follow the march by prosecuting a cartoonist, but now it is seeking long prison sentences for four Hebdo journalists for a cartoon mocking Erdogan. 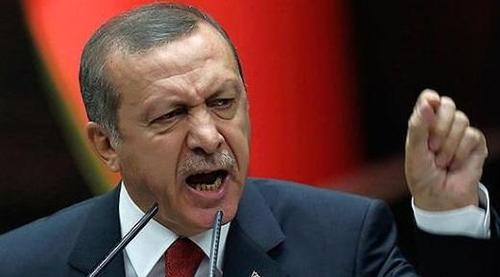 Erdogan’s authoritarian impulse is only matched by his vanity and sensitivity to criticism.  In this case, Hebdo published a cartoon last year depicting Erdogan looking up a woman’s skirt while drinking beer in his underwear and saying “Ooh, the Prophet.” His government is now seeking four years sentences.

The four journalists have been identified as cartoonist Alice Petit and three managers of the famous magazine – Gerard Biard, Julien Serignac and Laurent Sourisseau. They are charged with the crime of publishing an image that is  “vulgar, obscene and insulting.” 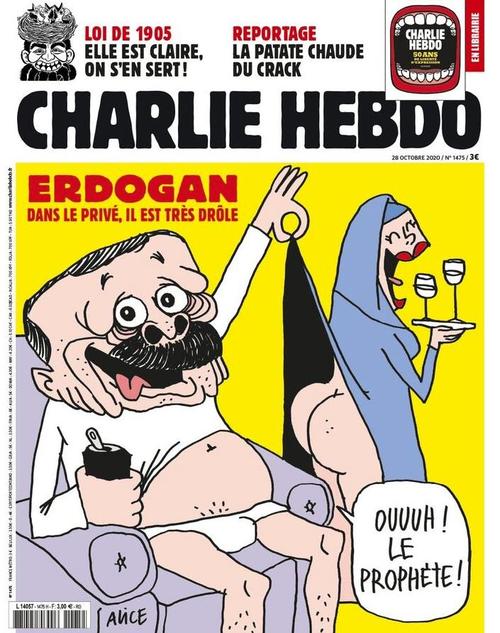 Such publications, even cartoons, are deemed exceptions to free speech or the free press by Erdogan’s government – an exception that obviously swallows both rights.

We have followed the rapid destruction of the secular government and civil liberties in Turkey under the authoritarian rule of Turkish President Recep Tayyip Erdogan. Erdogan used a failed coup to push his effort to create a de facto Islamic regime and to complete his work in arresting his critics, including forcing the resignation of thousands of secular academics, and suspending all civil liberties in a proclaimed state of emergency.

While he has been embraced as an ally, Erdogan opposes the core rights that define our nation. Unfortunately, since the 2015 massacre, many in the United States have move closer to Erdogan’s view of free speech and the free press in calling for greater censorship and speech regulation. Indeed, leading academics had the integrity recently to declare that they believe that “China is right” about censorship.

This prosecution is the true face of not just Erdogan but the growing movement against free speech.

BREAKING: Mike Lindell Visits Trump in White House – Then Media Captures Pictures of His Notes to President Referring to Crimes and Insurrection Act