Below is my column in USA Today on the need for a federal commission on the 2020 election. While I opposed the challenge and the call for the ten-day commission, I do believe that a real commission is warranted.  Indeed, the violence yesterday only further shows the deep divisions in this country over these lingering questions. However, there must be the commitment to a real commission – not another placebo commission… 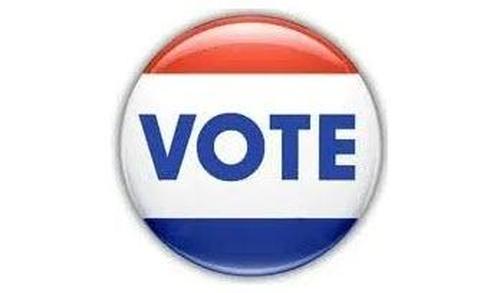 That is why it is so difficult for me to utter these words: We need a federal election commission. Not the one proposed by some Senate Republicans. And not like past placebo commissions. An honest-to-God, no-holds-barred federal commission to look into the 2020 presidential election.

With the challenge to the certification of election votes, some Republican members of Congress are calling to delay the proceedings for 10 days and impanel a commission to “audit” the results. There is precedent for such a commission. Just not good precedent. Indeed, citing the Electoral Commission of 1877 as a model of good constitutional process is like citing the Titanic as a model of good maritime navigation. The commission was an utter disaster.

The commission was formed after the contested 1876 presidential election of Democrat Samuel Tilden and Rutherford Hayes. Tilden won the popular vote and was just one vote short of the electoral votes needed to win the White House. The election was marred by open fraud, including South Carolina certifying a vote of 101% of the eligible voters.

As a compromise, the commission was formed and consisted of 15 members: five Supreme Court justices and five members from each chamber of Congress. The key was that it was supposed to be composed of seven Democrats, seven Republicans and one independent. However, in a move that seemed calculated to secure his vote for Tilden, the Illinois legislature then moved to appoint the independent, Justice David Davis, to the Senate. If they wanted to buy his vote, it was a colossal failure when Davis decided to take the seat and leave the commission. He was replaced by a Republican, and the commission voted along strictly partisan lines to install Hayes, not Tilden.

In many ways, the Electoral Commission was a model for most federal commissions, which are designed for good politics and not good government.

An example is the 9/11 Commission, which was stacked with reliable allies to guarantee that no one — and no party — would be blamed for the negligence leading to up to the attacks.

The commission spent two years and millions of dollars. It went to almost a dozen countries, interviewed more than 1,000 people and archived over 2.5 million pages of documents. The result was a report that blamed no one specifically and since concluded that Presidents Bill Clinton and George W. Bush were “not well served,” in the words of the commission’s chairman, by the FBI and CIA.

That is not what we need. There are three reasons why the need for a real commission is needed:

►First, and most important, this was an unprecedented election in the reliance of mail-in voting and the use of new voting systems and procedures. We need to review how that worked down to the smallest precincts and hamlets.

►Second, possibly tens of millions of voters believe that this election was rigged and stolen. I am not one of them. However, the integrity of our elections depends on the faith of the electorate.

Roughly 40% of that electorate have lingering doubts about whether their votes actually matter. Most of the cases challenging the election were not decided on the merits. Indeed, it seems they haven’t even been allowed for discovery. Instead, they were largely dismissed on jurisdictional or standing groups or under the “laches” doctrine that they were brought too late. Those allegations need to be conclusively proven or disproven in the interests of the country.

►Third, there were problems. There was not proof of systemic fraud or irregularities, but there were problems of uncounted votes, loss of key custodial information and key differences in the rules governing voting and tabulations.

The importance of having a commission

A real commission will take a couple years to fully address these allegations. It will be meaningless if it’s stacked by the same reliable political cutouts used historically in federal commissions. It should be formed on a commitment of absolute transparency with public hearings and public archiving of underlying material before the issuance of any final report. That way, the public at large can analyze and contribute to the review of this evidence.

There is one other task for Congress. It should rescind and replace the Electoral Count Act passed after the Hayes-Tilden election. It is one of the worst conceived and crafted federal laws on the books. The constitutionality of that act has long been challenged, including some who argue that Congress has nothing but a purely ceremonial role in opening state certifications and counting them.

Courts are likely to recognize that Congress has a more substantive role, particularly when rivaling sets of electors are presented or there is clear evidence of fraud. However, the validity of such electoral votes should be left largely to the courts in challenges in the given states. That is why the current challenge is unwarranted. There is no serious basis to challenge the validity of the electoral votes certified by the states.

The main challenge, however, remains the same: Whether Congress can appoint a real federal commission without rigging the result by appointing partisan members. In 1877, to quote from a speech of Ohio Sen. Allen Granberry Thurman, “It was perfectly clear that any bill that gave the least advantage, ay, the weight of the dust in the balance, to either party, could not become the law of the land.”

Nothing has changed. The stakes are too high to allow even a dust particle to tip the difference on the ultimate findings. The dust-free option requires a dependent, not independent, commission. Otherwise, the public will be the loser.

So, let’s have a commission, but let’s make it a real one.

One Bank Asked Its Clients Where Bitcoin Will End 2021: Here’s What They Said

The Destructive Force and Failure of QE