Turley: The Senate Should Reject The Impeachment

With the entry of the 217th vote, the House of Representatives have impeached President Donald Trump for a second time.

As I have previously stated, my primary objection to this action is the use of a snap impeachment that dispenses with the traditional hearing or inquiry of impeachment. There was no opportunity to debate the language or the implications of the language. Indeed, the House gave the President a threshold challenge based on this process.

With the addition of a possible trial after Trump leaves office, the rush to judgment could become a parade of constitutional horribles.

The use of impeachment to “remove” a president who has already left office is ripe for challenge on the Senate floor and even later in the federal courts. 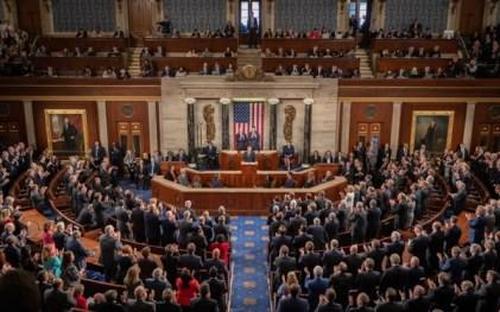 On the merits, I do not fault those who view the President’s words as impeachable. I condemned both his words and his failure to denounce the violence immediately and unequivocally. However, the language of the article is sweeping and raises serious concerns of this standard for future presidents. There is a concern over presidents being removed for reckless rhetoric that leads to violence by supporters.  While I do not view the President’s words as amounting to criminal incitement, I did view them as inciteful, reckless, and wrong.

That is why I am more concerned with the use of a snap impeachment. I am hopeful that no president will ever engage in such inflammatory actions or words again. However, a House majority could use this as precedent for another circumvention of the traditional process in favor of a snap impeachment. This is what snap chat is to conversations. It reduces impeachment to a raw, brief, and partisan expression.

However, make no mistake about it: this ignoble moment was earned by the President.  While I have warned about the implications of impeaching a president for being obnoxious or narcissistic, this was obviously more than either of those character flaws. This was breathtakingly irresponsible conduct that has now resulted in a historic and ignoble distinction.

The question, however, is how costly it will prove for the Constitution. That is why I argued for condemnation by both house and both parties in a resolution of censure. I criticized this speech as it was being given and opposed the challenge to the election from the outset.  However, I remain deeply concerned over the implications of the process and language underlying this impeachment. Indeed, had the Democrats allowed for just a day of hearings to consider such concerns, the language of the article might have been drafted to achieve greater support.

In my view, the Senate should reject the impeachment if on the basis that an impeachment of a former president is unwarranted and likely unconstitutional. That is entirely separate from the use of a snap impeachment and the specific language used by the House.

A Humiliated Goldman Sachs Has Quietly Lost $2.6 Billion Investing In Stocks In The Past Four Quarters