In what one major news source is calling a “major blow to vaccine efforts,” two senior U.S. Food and Drug Administration officials have suddenly turned in their resignations.

Thirty-two-year FDA veteran Marion Gruber is leaving her position as director of FDA’s Office of Vaccines Research & Review (OVVR) in October, and her deputy, Dr. Philip Krause, who has worked in the OVVR for 10 years, is leaving in November. According to The Defender,1 Gruber and Krause:

However, a former senior FDA leader told Endpoints News, Gruber and Krause are departing because they’re frustrated the Centers for Disease Control and Prevention (CDC) and its advisory panel — the Advisory Committee on Immunizations and Practices (ACIP) — are involved in decisions they think should be up to the FDA.

The source said he heard Gruber and Krause were upset with [FDA’s Center for Biologics Evaluation and Research, CBER, director Dr. Peter] Marks for not insisting those decisions be kept inside the FDA, and with the White House for getting ahead of FDA on booster shots.”

August 12, 2021, health officials authorized a third booster shot for people with weakened immune systems who had initially received the Pfizer or Moderna injections. Since then, at least 955,000 COVID-19 boosters have been administered, though it’s unclear whether all of these were technically authorized. Dr. Jesse Goodman, a former chief scientist with the FDA, told STAT News:3

“Normally, what you do is lay out the data first, and then say how the data supports the decision. When the White House made its announcement on booster shots, it did essentially the opposite. This was a serious mistake in how it was handled.”

ACIP member Helen Keipp Talbot, associate professor of medicine at Vanderbilt University, worries that health care providers may be putting themselves at risk by immunizing patients outside FDA and CDC recommendations, based on premature White House pronouncements alone.4,5

With 50% of its overall budget and 75% of its drug-testing budget coming from industry, the FDA long ago won its notoriety as the most corrupt and pliable of all federal agencies. Now, the White House has torn away its last shred of integrity by ordering top regulators to put politics before science. ~ Robert F. Kennedy Jr.

The rollout of booster shots for adults who got their second dose at least six months ago is expected to begin September 20, 2021. According to CNN,6 this rollout may be limited to Pfizer’s injection to start. Moderna’s boosters may be delayed by another few weeks due to inadequate data.

In its September 3, 2021, report, CNN claimed federal health officials warned White House staff that we still don’t have enough data to recommend boosters for all adults.7

The administration pushed forward anyway — a decision that appears to have prompted or played a role in Gruber’s and Krause’s resignations. FDA officials had also urged the Biden administration not to put a specific date on the rollout of boosters. They didn’t follow that recommendation either. Children’s Health Defense chairman Robert F. Kennedy, Jr., commented:8

“With 50% of its overall budget and 75% of its drug-testing budget coming from industry, the FDA long ago won its notoriety as the most corrupt and pliable of all federal agencies. Now, the White House has torn away its last shred of integrity by ordering top regulators to put politics before science.”

How Many Shots Will Be Required?

According to Dr. Anthony Fauci, director of the National Institute of Allergy and Infectious Diseases, the recommended “full regimen” for the Pfizer and Moderna shots will likely end up being three doses. During a White House COVID-19 response team briefing, he stated:9

“… I would not at all be surprised that the adequate full regimen for vaccination will likely be three doses. It is entirely understandable why the results … reported from the Israeli boost is so dramatic.

And we all hope, and I believe we have good reason to believe, that that only will not be a strong response, but that it will actually be durable, and if it is durable, then you’re going to have very likely a three-dose regimen being the routine regimen.”

Can we trust Fauci’s “educated predictions”? I’ll let you decide.

It seems more than obvious to me, that it won’t end at three doses. First of all, there are many dozens of COVID shots under research and development,10 so are we to believe they will simply be scrapped? Drug company officials have also stated they fully expect their COVID shots will turn into an annual requirement as the pandemic morphs into a “perennial endemic.”11

More importantly though, a finite set of shots would negate the ongoing need for vaccine passports, which they want to tie to banking, personal ID and a social credit score.

Without a never-ending series of booster shots that you’d have to get in order to maintain a valid passport, they won’t have the same leverage over people. Of course, they could just transition to other mandated injections, such as seasonal mRNA flu shots and the like, several of which are also in the pipeline.

While the resignations of Gruber and Krause might indicate to some that the COVID boosters have a political foundation rather than a scientific one, concerns over FDA misconduct have been present for over a year.

In a June 2021 DarkHorse interview,12 the inventor of the mRNA and DNA vaccine core platform technology,13 Dr. Robert Malone, said he’d warned the FDA that the spike protein — which the COVID-19 “vaccines” instruct your cells to make — could be dangerous.

Well, they were wrong on both accounts. It’s since been well-established that, indeed, the SARS-CoV-2 spike protein gets free,14 and that it is biologically active and causes severe problems.

The spike protein itself is actually responsible for the most severe effects seen in COVID-19, such as bleeding disorders, blood clots throughout the body and heart problems. These are also the same problems we now see in a staggering number of people having received one or two COVID shots. The spike protein may also have reproductive toxicity, and Pfizer’s biodistribution data15 show it accumulates in women’s ovaries.

Even more egregious, Malone pointed out that, in re-reading the most current version of the emergency use authorization that governs these COVID shots, he discovered the FDA opted to not require stringent post-vaccination data collection and evaluation, even though they had the authority to do so.

Why did they opt for such lax data capture? Without it, there’s no way of evaluating the safety of these products. You cannot identify the danger signals if you don’t have a process for capturing effects data and evaluating all of it. Now, Gruber and Krause appear to have resigned in protest because the Biden administration and the CDC are moving ahead with boosters despite a lack of data — a data vacuum the FDA itself enabled from the start.

Lack of Clarity Around Comirnaty Approval

The FDA has also caused unnecessary widespread confusion about what COVID shot was actually approved August 23, 2021.16 In an interview with Stephen Bannon (above),17 Malone claimed the FDA and media were yet again misleading the public, as they had not approved the Pfizer shot currently given but rather a Pfizer/BioNTech version that is not yet available. Malone explained:

“The little trick that they’ve done here, is they’ve issued two separate letters for two separate vaccines. The Pfizer vaccine, which is what is currently available, is still under emergency use authorization and it still has the liability shield …

The product that’s licensed is the BioNTech product, which is substantially similar but not necessarily identical, called Comirnaty, and it’s not yet available. They haven’t started manufacturing it or labeling it. And that’s the one the liability waiver will no longer apply to.

If Malone is correct, this would mean that if employers demand that employees get vaccinated because there’s now a licensed COVID injection, employees could then demand to actually receive the FDA licensed Comirnaty,18 not the emergency use only19 Pfizer product that is currently given, and for which you cannot sue for damages in case of vaccine injury.

Others insist Malone is mistaken; that Comirnaty and the Pfizer shot for which the emergency use authorization (EUA) was extended are one and the same and therefore interchangeable, and the reason the EUA was extended while simultaneously granting full approval for the identical product is because the EUA covers the 12 through 15 age-group, which is not covered under the full approval.

The crux of the dispute appears to hinge on the issue of whether the two products have interchangeable legal liability in the real world. Meaning, if you get the EUA version, can you sue Pfizer/BioNTech, since Comirnaty does not have the EUA liability shield?

The FDA has not clarified the issue, but I believe it’s doubtful that the EUA version would lose its liability shield, even if treated as interchangeable with the fully approved version. And it seems to me that this is the deception that Malone was really trying to highlight.

For years, we’ve known the FDA is a captured agency that does the bidding of Big Pharma. Its behavior during this pandemic has eroded public trust even further, as the agency seems perfectly willing to sacrifice public health altogether, forgoing standard procedures and requirements meant to safeguard patient safety.

Never in my life did I imagine the FDA would approve a drug that has tens of thousands of deaths and hundreds of thousands of side effects associated with it,20,21,22 and I’m hardly alone in my astonishment.

Who knows, perhaps Gruber and Krause recognized the treacherous path the agency is on as well, over and beyond any disputes they may have had with the Biden administration and the CDC over COVID boosters. If or when the agency finally falls, others may wish they’d followed in their footsteps and parted ways sooner. 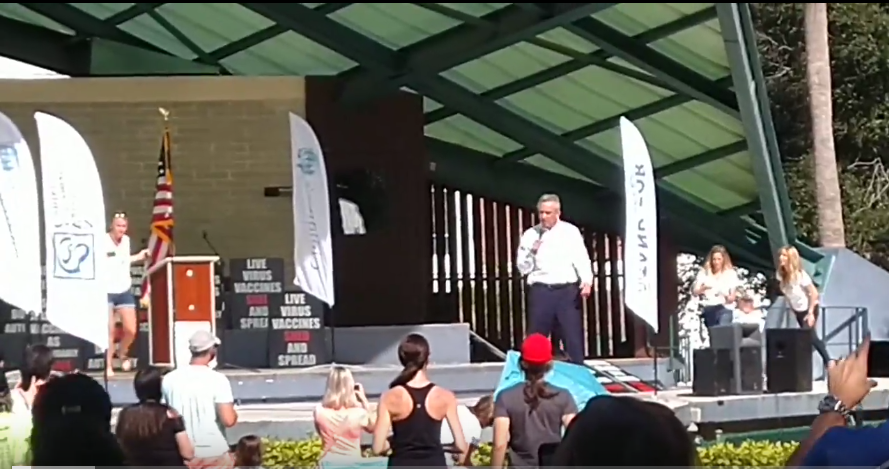