Egypt Today reports two trains have collided in Sohag, Upper Egypt, “resulting in derailing three passenger carriages.” There were reports of at least 50 people injured, according to Sputnik News.

Middle East Eye says “49 ambulances have rushed to the site of the train collision.”

Reporting of the incident is scant at the moment, but Twitter users have been uploading alleged images of what appears to be passenger railway cars derailed in a twisted mess. 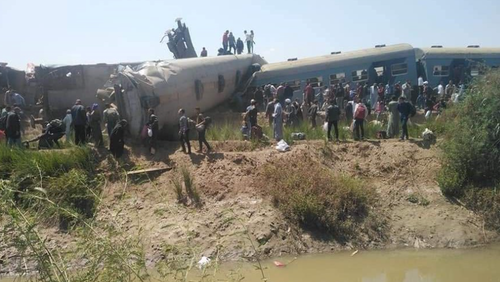 Here are more photos of the incident.

Preliminary photos of a collision accident two trains in the governorate of Sohag, south of Egypt pic.twitter.com/gIBmVDo7Yr

Video of the wreckage has emerged via Al Arabiya.

Another Twitter user posted a video of the aftermath.

Rabobank: Does The Fed Have The Intelligence To Prevent A Collapse