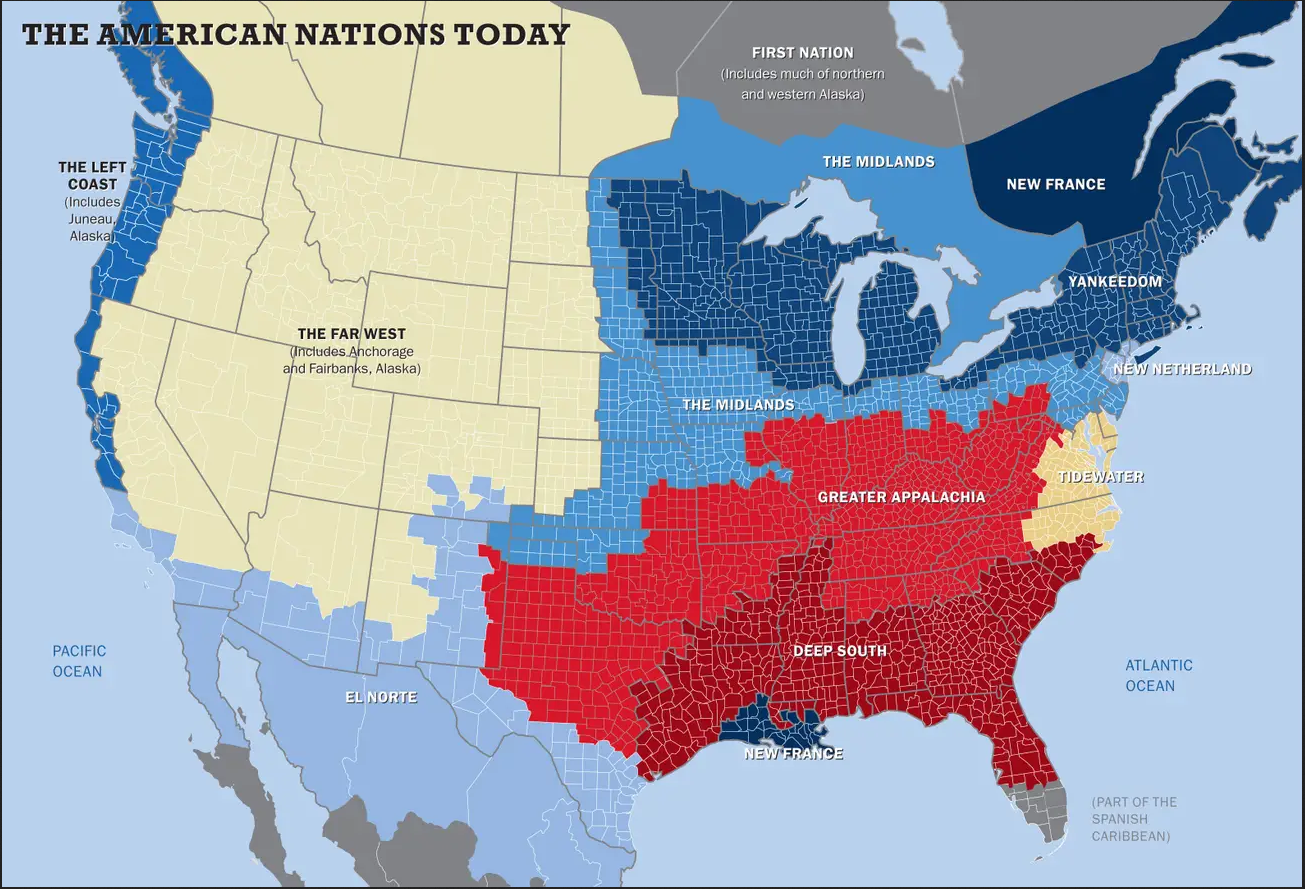 The result of the U.S. presidential election marks the triumph, not of the Democrats and a senile senator, but of the Puritan current over the Jacksonians. It does not reflect the political views of American citizens and masks the crisis of civilization in which their country is sinking. 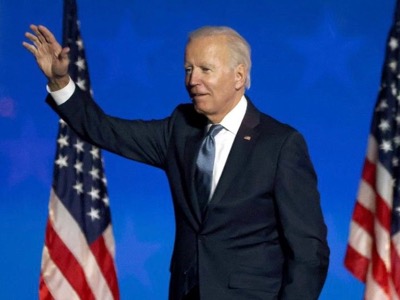 Joe Biden, 46th President of the United States of America

The U.S. presidential election of 2020 confirms the general trend since the dissolution of the Soviet Union: the U.S. population is going through a crisis of civilization and is inexorably heading inexorably towards a new civil war that should logically lead to the partition of the country. This instability should result in the end of the West as a hyper-power.

In order to understand what is happening, it is necessary to overcome the fear of the European elites in the face of the impending disappearance of the power that has protected them for three-quarters of a century; and to look honestly at the world history of the last thirty years. It is necessary to go back into US history and reread its Constitution.

When, after three-quarters of a century of undivided dictatorship, the Soviet Union collapsed, all those who wanted it to disappear were surprised. For years, the CIA had organized systematic sabotage of its economy and denigrated all its achievements, but it never foresaw that it was the Soviet people who would overthrow this regime in the name of its ideals.

It all began with a catastrophe to which the state failed to respond. (Chernobyl, 1986). A population of a quarter of a million people had to flee their land for good. This incompetence marked the end of the dictatorship’s legitimacy. In the five years that followed, the allies of the Warsaw Pact regained their independence and the USSR broke up. This process was led from start to finish by the Young Communists, but at the last moment it was taken over by the mayor of Moscow, Boris Yelstin, and his team trained in Washington. The ensuing looting of public property and the economic collapse it caused set the new Russia back a century.

This is how the United States should in turn disappear. They will lose their centripetal strength and be abandoned by their vassals, before collapsing. Those who will have left the ship before it sinks will have a better chance of escaping. NATO should die before the USA, just as the Warsaw Pact died before the USSR.

The centrifugal force of the United States

The United States is a very young country, it has only two hundred years of history of its own. Its population continues to grow with successive arrivals of immigrants from the most diverse parts of the world. According to the British model, each one retains its own culture and does not mix with the others. The concept of the “melting pot” only existed with the return of the black soldiers of the Second World War and the abolition of racial segregation, which under Eisenhower and Kennedy it brought about, only to disappear afterwards.

The U.S. population moves widely from state to state. From the First World War until the end of the Vietnam War, they tried to live together in certain neighborhoods. For about twenty years, it has remained static. And since the break-up of the USSR to the present day, it has been ghettoizing again, no longer along “racial” lines, but along cultural ones. In fact, the country is already divided.

The United States no longer forms one nation, but already eleven separate ones. 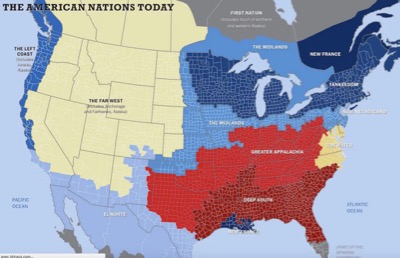 The inner conflict of Anglo-Saxon culture

American mythology links the existence of the country to the 67 “Pilgrim Fathers”, the immigrants of the Mayflower. They were a group of fanatical English Christians who lived in a “community” in the Netherlands. They were given the mission by the Crown to settle in the “New World” to fight the Spanish Empire. One of their groups landed in Massachusetts and built a sectarian society, the Colony of Plymouth (1620). They veiled their wives and used harsh corporal punishment for those who sinned and strayed from the “Pure Way”, hence their name “Puritans”.

Americans ignore both the political mission of the Pilgrim Fathers and their sectarianism. However, they celebrate them on Thanksgiving. These 67 fanatics had a considerable influence on a country of today 328 million inhabitants. 8 presidents out of 46 are their direct descendants, including President Franklin Roosevelt or Presidents George Bush.

The Puritans organized a revolution in England around Lord Oliver Cromwell. They beheaded the king, founded an intolerant Republic, the Commonwealth, and massacred the “heretical” (papist) Irish. These events are referred to by British historians as the “First Civil War” (1642-51).

More than a century later, the settlers of the New World revolted against the crushing tax burden of the British monarchy (1775-83). These events are known to American historians as the “War of Independence”, but British historians see them as the “Second Civil War”. Indeed, if the settlers who fought this war were poor, hard-working people, those who organized it were descendants of the Pilgrim Fathers who wanted to assert their sectarian ideal against the restored British monarchy.

Eighty years later, the United States was torn apart by the Civil War (1861-65), which some American historians refer to as the Anglo-Saxon “Third Civil War. It pitted the states, who, true to the original constitution, wanted to maintain tariffs among themselves, against other states who wanted to shift tariffs to the federal level and thus create a large internal market. However, it also pitted the Puritan elites of the North against the Catholic elites of the South, so that the cleavages of the two previous wars were repeated.

The Anglo-Saxon “Fourth Civil War,” which is taking shape today, is still being waged by the Puritan elites. What masks this continuity is the transformation of these elites who no longer believe in God, but retain the same fanaticism. They are the ones who are now dedicated to rewriting the history of their country. According to them, the United States is a racist project of the Europeans that the “Pilgrim Fathers” have not managed to correct. They are convinced that it is necessary to re-establish the “Pure Way” by destroying all the symbols of Evil such as the statues of the Monarchs, the English and the Confederates. They speak of “political correctness,” claim that there are several human “races,” write “black” with a capital “black” and “white” in lower case, and rush to the abstruse supplements of the New York Times.

5 Ways Biometric Security Can Be Spoofed