Among one of the more obviously senseless considerations from “environmentalists” has been the constant disapproval of the use of nuclear energy to help combat climate change.

But at this point, it simply makes too much sense to ignore. Perhaps that’s why rock band U2’s guitarist, The Edge, is now speaking out and advocating for nuclear power, according to Ireland’s Independent.

Speaking in Dublin last week, The Edge – whose real name is David Evans – said: “We need to think very deeply about whether our current strategy of renewable energy is going to make it. We’ve got to be prepared to rethink certain things.”

He continued: “We have to open our minds to third generation nuclear energy being a possible solution. The amount of impact on our land in terms of solar photovoltaic cells and windmills, it’s such a huge amount of ground that you have to dedicate to these renewable resources, is it really practical?” 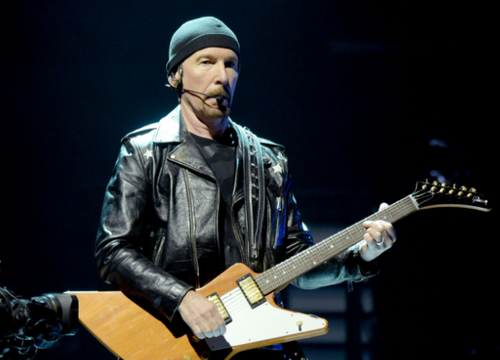 Ireland has considered nuclear power, and Environment Minister Eamon Ryan even hinted that it was being considered as recently as last December. But in March of this year, he also wrote: “Nuclear power plants are prohibited in Ireland. Whilst some research notes nuclear power as a potential technology that should be considered, the Government has no plans to revisit the prohibition on, or to explore the development of nuclear powered electricity generation in Ireland.”

Evans argues that the government needs to expanding its thinking: “Everybody thinks in terms of their election cycle, and everyone’s looking for a result now. We all have the power with our votes to empower politicians to engage in much longer term thinking. Cathedral thinking is really the way to describe it. We’ve got to encourage existing industries with a bad reputation to change, so we don’t make the good the enemy of the perfect.”

To date, Ireland has “performed poorly” on its CO2 targets, “reporting the third-highest emissions per capita in the EU in 2018”, the report noted.

Allan Carson, co-founder of 18for0, a nuclear power advocacy group, commented: “It’s great that The Edge sees the benefits of nuclear power. The government should provide a credible plan to reach net zero, with an independent assessment of all low-carbon forms of electricity production, including nuclear power. The climate emergency is a greater challenge than anything we have faced to date, including the pandemic, and will require every tool we have at our disposal.”

Lance Roberts: Smaller Stimulus May Have Only “Muted” Effect On Economy This Time Around

Watch: WH Press Sec Blames Pandemic After Being Asked About ‘Kids In Cages’

The NY Times recalls an outbreak of PCR lies