Yesterday we asked if it was time to start worrying about food inflation while discussing recent notes by both Goldman and SocGen’s Albert Edwards, who highlighted the current burst in food inflation across the globe and especially emerging markets, pointing out troubling similarities to the period of soaring food inflation in late 2010 – sparked by QE2 – and which culminated with the Arab Spring which led to numerous governments being toppled across the MENA region.

In his conclusion, Edwards urged readers to “keep a very close eye as to whether we see a repeat of the 2010/11 surge in food prices” because “on the 10th anniversary of the start of the Arab Spring, and with poverty having already been made much worse by the pandemic, another food price bubble could well be the straw to break the very angry camel’s back.”

In this context it becomes immediately clear why the topic of inflation is as much about politics (and geopolitics) as it is about economics and capital markets (we will spare a discussion here of why the CPI is purposefully distorted to stay as low as possible – readers can catch up here, here and here), and according to many analysts the biggest risk for record stock prices is a burst higher in inflation.

It’s also why so many establishment economists are desperate to convince both markets and consumers (and perhaps, themselves) that despite surging food, housing, education and healthcare costs (and stagnant wages)… 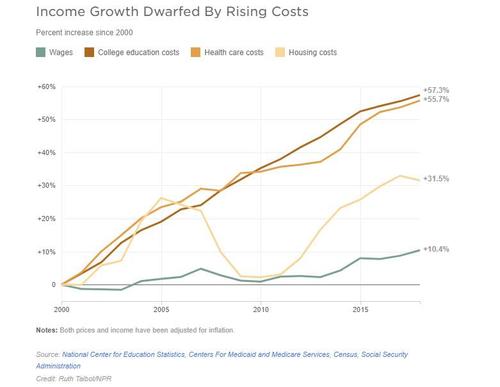 … deflation will dominate (we will have more to say on the topic of inflation in a subsequent report).

One such hot take comes this morning from UBS’ chief economist Paul Donovan (who as a reminder was suspended by UBS over his “Chinese pigs” comment last year), who argues that there is no inflation and consumers are just imagining it. 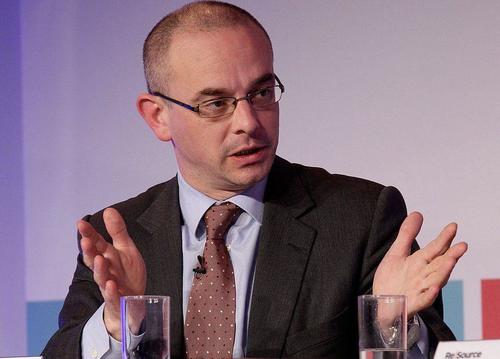 We would spend more time analyzing his “analysis” but…well, we won’t. His comments are below:

This makes food prices very important in shaping consumers’ view of what inflation is doing. Food has become even more important in inflation perceptions during the pandemic; consumers are spending more money than normal on food for home consumption. In almost every major economy, food price inflation is significantly faster than overall inflation.

While investors and policy makers worry that inflation is too low, consumers in many countries are likely to believe that their standard of living is being hurt by an inflation rate that is too high

Is he right that there is no inflation and it is just a mass psychosis among ordinary consumers that prices are going up (just make sure to ignore the above chart). We are confident that readers will be cool, calm and collected when responding to this latest example of Wall Street “research.”

Why do hypocritical officials violate their own COVID rules?