Authored by Thomas Lifson via AmericanThinker.com,

Five days after instituting an embarrassing ban on students exercising outdoors, the University of California, Berkeley, reversed itself and reinstated the ability of 2000 students isolated in dorm rooms to leave them for the purpose of exercise. Angela Ruggiero of the San Jose Mercury-News reported Friday, Feb. 12:

UC Berkeley has reversed a ban on students exercising outdoors that was imposed earlier this week after a rise in coronavirus cases on campus.

About 2,000 students isolated in their dorm rooms will now be allowed to exercise outside again, Cal announced on Friday afternoon. However, students are still under a strict lockdown imposed Feb. 1 that is in effect until Monday. The exercise ban went into effect this week, along with stricter restrictions as the university saw a rise in daily coronavirus cases.

“New positive COVID-19 cases have slowed and as a result we are permitting some limited additional activities for students who are in self-sequester,” read an email sent out to students Friday.

Only those that are not under isolation or quarantine may leave their door rooms to exercise outside during daylight hours, from 7 a.m. to 6 p.m. Student athletes also may now leave to practice as directed and monitored by Cal Athletics. 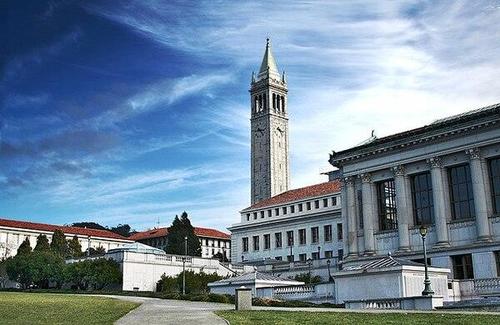 The exercise ban had followed on and strengthened an earlier ban on leaving dorm rooms had been imposed Feb 1, and extended on Feb 8.

The exercise ban made national and international headlines, and elicited surprise, laughter and even scorn.

Campus authorities may have been embarrassed when The University of Pittsburgh published a report the day before the ban was reversed that headlined,

New research from the University of Pittsburgh, Carnegie Mellon University and University of California, San Diego, found that 61% of surveyed university students were at risk of clinical depression, a value twice the rate prior to the pandemic. This rise in depression came alongside dramatic shifts in lifestyle habits.

“Our findings indicate the pandemic has led to a dramatic increase in the rate of anxiety and depression among young adults, especially among college students. It’s disheartening to see, since it’s been well-documented, even before the pandemic, that university-age young adults are reported as experiencing more mental health issues than previous generations,” said Osea Giuntella, assistant professor of economics at Pitt and research co-author.

There is no Hippocratic Oath for campus bureaucrats, but if there were, the injunction “First, do no harm” would certainly apply to the exercise ban. The survival rate for people in their 20s, which would include nearly all students living on dormitories, is in the upper reaches of the 99th percentile, while, the effects of depression, including suicide, are severe.

The University claimed its initial ban and subsequent strengthening, and then 5 days later loosening of it, were based on a “spike” in on-campus cases:

UC Berkeley saw a spike of 164 cases the week of Jan. 31, including 154 undergraduate students, according to the university’s coronavirus dashboard. The number of cases has dropped to 84 this week, as of the latest data on Thursday, when 19 more people tested positive on campus. From Sept. 10 to Thursday of this week, the university has seen a total of 757 positive cases.

But an examination of the dashboard reveals that it counts any positive test result as a case:

The dashboard shows the number of positive cases for tests performed at UHS. It does not include saliva tests that were performed through the Innovative Genomics Institute’s FAST Study.

This appears to go against the WHO’s change in its definition of a case that was announced one hour after President Biden was inaugurated:

The guidance warned against diagnosing someone as having the virus just because he tests positive if he does not present with symptoms of COVID-19. It also warned about the high risk of false positives: “The cycle threshold (Ct) needed to detect virus is inversely proportional to the patient’s viral load. Where test results do not correspond with the clinical presentation, a new specimen should be taken and retested using the same or different NAT technology.”

The University’s own dashboard reveals that the rate of positive tests on campus is lower than in the surrounding City of Berkeley, where people freely shop and move about.

There doesn’t appear to be a lot of science behind the drastic restrictions on students at Cal Berkeley, as locals call it. Did the campus bureaucrats panic?

The University of California, Berkeley has a solid claim to worldwide standing as one of the leading producers of scientific research in the world. No fewer than ten Nobel laureates (all in the hard sciences and economics) currently teach on its faculty, including two 2020 laureates. But the University’s draconian reaction to the Covid has embarrassed it and diminished its luster.

Do We Not Have Enough Enemies?