Authored by GQ Pan via The Epoch Times,

An attempt to register Black Lives Matter (BLM) as a political party in the United Kingdom has been blocked due to concerns that the name might be misleading to voters. 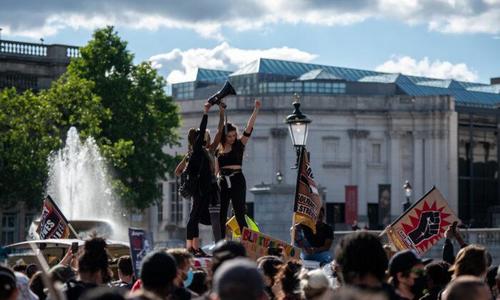 Britain’s Electoral Commission – an independent agency that is responsible for overseeing elections, registering political parties, and regulating their finances – rejected an application to make BLM a political party on the grounds that the proposed name is “likely to mislead a voter as to the effect of their vote.”

“As part of our considerations we examined the existing groups by the same or similar names in the UK. Having contacted a number of groups, they confirmed that the party was not associated with them,” a spokesman for the commission told MailOnline, adding that a “reasonable voter” could assume that the party “represents, or is in some way associated with, these groups when that is not the case.”

The identities of the applicants who submitted the application to the commission remain unknown, according to MailOnline.

Black Lives Matter UK, the main BLM group in the country, confirmed to the news site that it had nothing to do with the failed BLM party bid.

“We has absolutely no connection, affiliations or other and no individual or group has informed or made us aware of their intentions of forming a political party under the name of Black Lives Matter,” a BLM UK statement reads, according to the Mail.

First emerging in the United States during President Barack Obama’s second term, the BLM movement initially appeared in response to excessive use of deadly force in law enforcement actions, which many argue disproportionately affects the black community. The non-profit organization that bears the same name, however, goes much further to advocate for a number of Marxist causes, including the dissolution of nuclear family.

“We disrupt the Western-prescribed nuclear family structure requirement by supporting each other as extended families and ‘villages’ that collectively care for one another, especially our children, to the degree that mothers, parents, and children are comfortable,” the organization’s website read.

The BLM movement, as well as the BLM organization, gained global attention during the summer of 2020, which was marked by widespread protests sparked by the death of George Floyd in the custody of Minneapolis police officers. Many of those protests turned violent, resulting in large-scale rioting, looting, arson, and destruction of private and public properties.

In the United States and the UK, BLM protesters defaced and toppled the statues of prominent historical figures, including American Founding Father George Washington, and British Prime Minister Winston Churchill, who has long been celebrated for his leadership of the British Empire during the WWII.