Authored by Alexander Zhang via The Epoch Times,

He told Parliament that 11 cases of “mutations of concern” had been identified in Bristol, and 32 cases in Liverpool.

In response, the government has expanded its ongoing door-to-door testing programme, initially intended to identify cases of the variant first identified in South Africa, to these two areas, he said in an oral statement. 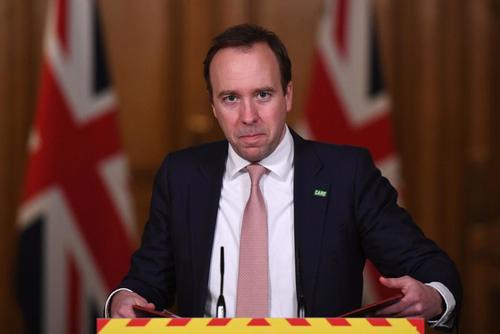 The UK has now identified 105 cases of the South African variant, 11 of which do not appear to have any links to international travel.

Those cases are the first in the UK of community transmission of the variant, which is more transmissible and more resistant to antibodies, raising fears that the effectiveness of COVID-19 vaccines could be reduced.

Health authorities have started door-to-door “surge testing” for the variant in eight local areas in England, a programme which will now be extended to Bristol and Liverpool.

In all the affected areas, the authorities will attempt to test every resident over the age of 16 and will sequence every positive test, Hancock said.

“In all these areas, it is imperative that you must stay at home and only leave home where it is absolutely essential,” he emphasised.

Mobile testing units will be deployed to offer PCR tests to people who have to leave their home for work or other essential reasons, he added.

Hancock said 9.2 million people across the UK have now received at least one dose of a COVID-19 vaccine, including “almost 9 out of every 10 people over 80 and over half of people in their 70s.”

He said the government is “confident” that it will be able to meet its target to offer the vaccine to all the most vulnerable groups by Feb. 15.

On Monday, the government announced that it had ordered another 40 million vaccine doses from French company Valneva, bringing the total number of vaccine doses secured by the UK to 407 million.

Hancock said the government had invested early in various vaccine candidates and had also built up Britain’s own vaccine manufacturing capability at home.

The Oxford/AstraZeneca vaccine is now being manufactured in Oxford, Staffordshire, and Wrexham, and the Novovax vaccine is made in Teesside, he said.

“It’s a great example of what we can achieve together, working as one United Kingdom,” said Hancock.

Is The Establishment Still Terrified Of Trump?