UK Home Secretary Admits ‘We Should Have Closed Our Borders Earlier’

Authored by Lily Zhou via The Epoch Times,

The UK’s Home Secretary Priti Patel revealed on Tuesday that she had argued for border closure in March 2020, soon after the CCP virus epidemic in China became a global pandemic. 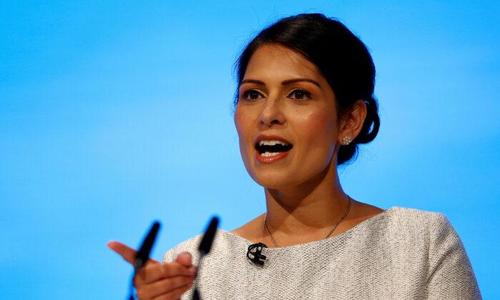 In a video call recording obtained by Guido Fawkes, Patel was heard telling the Conservative Friends of India group that she thought the UK should’ve closed its border earlier.

“On ‘should we have closed our borders earlier,’ the answer is yes. I was an advocate of closing them last March,” she said.

Nigel Farage, leader of the Reform UK, formally the Brexit Party, said in a tweet:

“What a pity Boris Johnson didn’t listen to Priti Patel.”

When asked why he had overruled Patel, the Prime Minister told Parliament that his government instituted one of the toughest border regimes in the world, and it’s now more important to roll out the vaccines.

“We are getting on, Mr. speaker, with tackling this pandemic through the most practical means that are available to us,” he said.

“We have strong measures in place at the border, which are vital as we roll out the vaccine,” a spokesperson said, in an email to The Epoch Times.

On Feb. 4, 2020, the UK advised against all but essential travel to China, however, “commercial airline options for departing [to] China remain available throughout the country, except in Hubei Province.”

By March 10, 2020, all travellers from Wuhan city and Hubei Province, China; Iran; Daegu and Cheongdo, South Korea; and areas of Northern Italy were advised to self-isolate after arriving in the UK. Travellers from the rest of China and South Korea, Cambodia, Hong Kong, Japan, Laos, Macau, Malaysia, Burma, Singapore, Taiwan, Thailand, and Vietnam were asked to self-isolate should they develop symptoms.

The guidance was withdrawn on March 12, 2020, and replaced with a new guidance advising everyone, including international arrivals who develop symptoms to self-isolate for 14-days.

The UK on Wednesday reported a record-high 1,820 deaths within 28 days of a positive CCP (Chinese Communist Party) virus test, taking the total UK deaths toll to 95,829.

Taiwan on Feb. 4, 2020, announced that from Feb. 7, 2020, any foreigners who had been in China in the past 14 days would be denied entry. It is the first country that tightened its border control after the CCP virus emerged.

Despite being in close proximity to mainland China, Taiwan has a total of 870 cases of CCP virus infections and 7 deaths.