UK Judge To Give Decision On Assange Extradition On Monday

On Monday, January 4th, the British judge presiding over the extradition trial of WikiLeaks founder Julian Assange will decide whether or not Assange will be extradited to the US and tried under the Espionage Act for exposing US war crimes.

If extradited, Assange could face up to 175 years in prison. President Trump’s Justice Department indicted the WikiLeaks founder on 17 counts of espionage and one count of conspiracy to commit a computer crime. The charges revolve around documents provided to WikiLeaks by former US Army soldier Chelsea Manning. 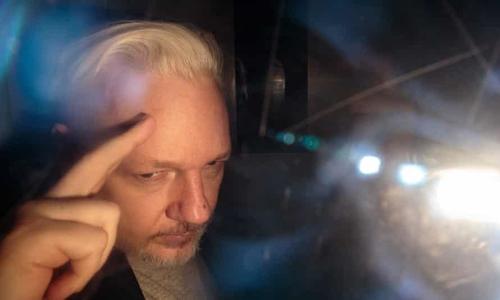 There have been rumors that President Trump is considering pardoning Assange, and many are urging him to do so. Assange’s fiancee Stella Moris made her case for the pardon recently on Fox News.

“The consequences of a trial against Julian don’t just affect him or us as a family because everyone agrees this is a terrible, terrible case. It’s a terrible case because it is the end of the first amendment,” she said.

Assange has been held in London’s Belmarsh Prison since April 2019. A UN special rapporteur, Nils Melzer, has likened Assange’s treatment in Belmarsh to torture.

A U.K. judge will rule whether WikiLeaks founder Julian Assange should be extradited to the U.S. after weeks of talk about a possible pardon from Donald Trump https://t.co/q6CmtoyxkQ

Melzer recently spoke out against the extradition, accusing the US of criminalizing journalism.

“In essence, the United States is trying to criminalize investigative journalism. That’s the purpose of the extradition request, nothing else,” Melzer said.