British government ministers practically jumped over one another to defend the AstraZeneca jab from allegations that it might be linked to rare cases of sometimes-deadly cerebral blood clots, particularly in patients who have low blood platelet counts. The British-Swedish multinational has insisted there is no evidence of any link between the jab and clots (despite some researchers in Germany finding possible evidence of a link), yet several governments have restricted or halted the jab, and Germany has decided to limit its use to patients younger than 60. 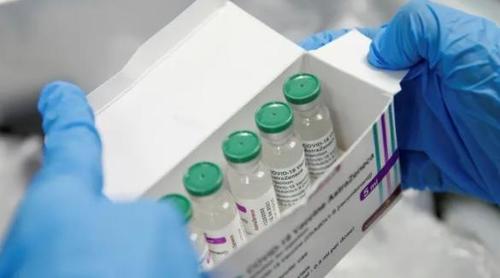 Europe’s main drug regulator, the EMA, reiterated on Wednesday that “there is no evidence that would support restricting the use of this vaccine in any population” (and yet, they admitted in their safety review that it was possible some patients might experience side effects like these). Germany’s medical regulator has counted 31 blood clots. Nine of those died. In Norway, three medical workers all were afflicted, and one of them died. In total, Norway reported 6 cases, four of whom died. Cases have been reported in Italy, Austria and elsewhere.

And now, the FT reports that 25 new incidences of blood clots have been reported, bringing the total to 30.

On Thursday evening, the Medicines and Healthcare products Regulatory Agency released information confirming 25 new cases of severe and very rare blood clotting in British patients, on top of five milder cases it had reported earlier this month.They also clarified that they hadn’t seen any such reactions in patients who received the jab developed by Pfizer and BioNTech.

As the FT pointed out in its coverage of the admission, the new cases will “call into question the view that this is purely a phenomenon being seen in mainland Europe.”

As with the earlier cases on the Continent, the main condition causing alarm is called cerebral venous sinus thrombosis, when blood forms clots in the veins that run from the brain, a potentially fatal complication. What’s more, as the UK announced new accomplishments in its race to vaccinate its entire population, 17 more reports of CVST have been made this week compared to the previous week.

MHRA chief Dr. June Raine reiterated that ‘the benefits of the vaccine outweigh any risks’ and that the public should continue to line up and receive their jabs without fear.

After all, pretty soon, you won’t be able to go anywhere without proof that you got it.

What Could Go Awry?