UK Tax Burden To Hit Highest Level Since The ’60s

As Statista’s Martin Armstrong notes, UK borrowing is at the highest rate since World War Two… 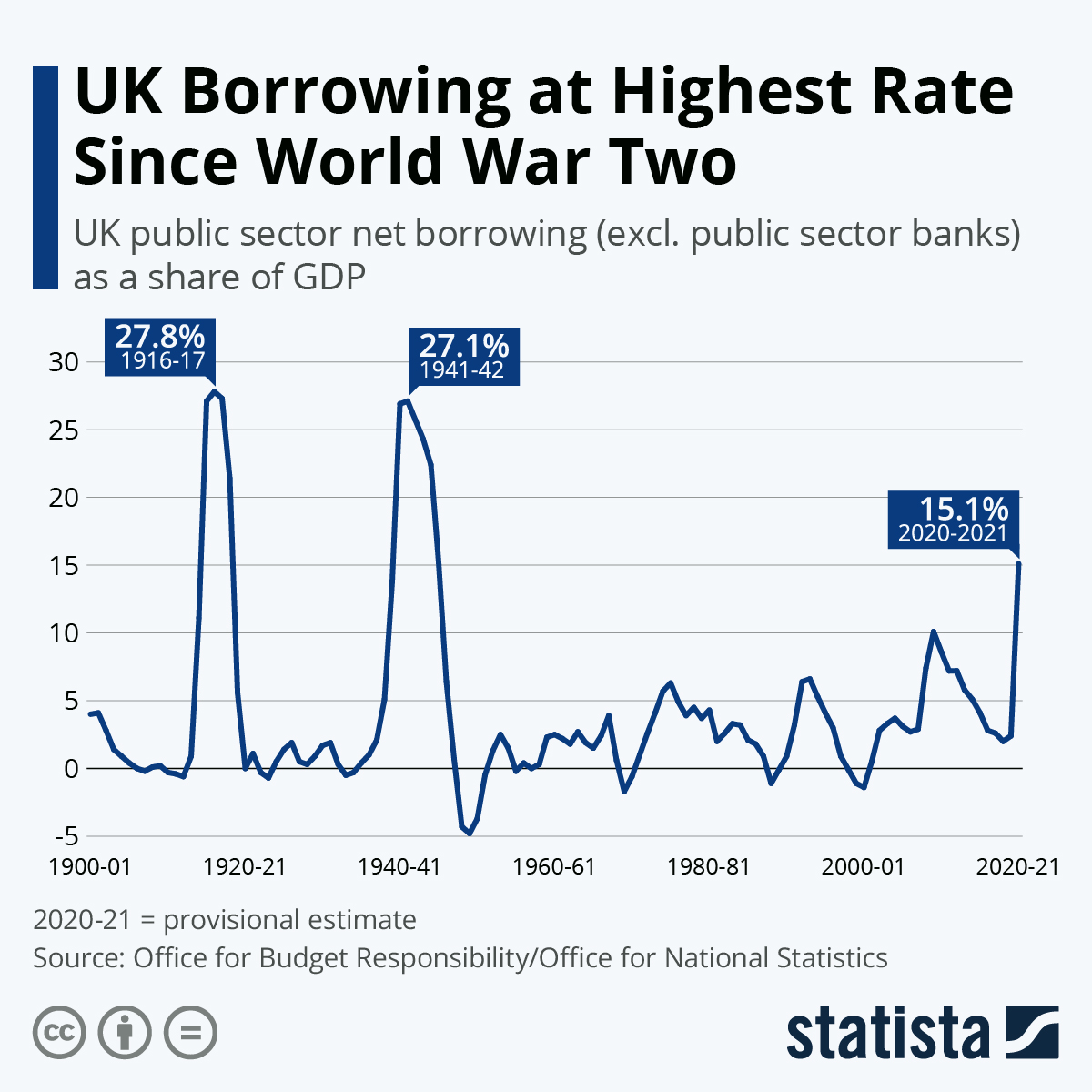 And with this chart we’re taking a look at the UK’s tax burden and how it is forecast to hit a level not seen since the 1960s. 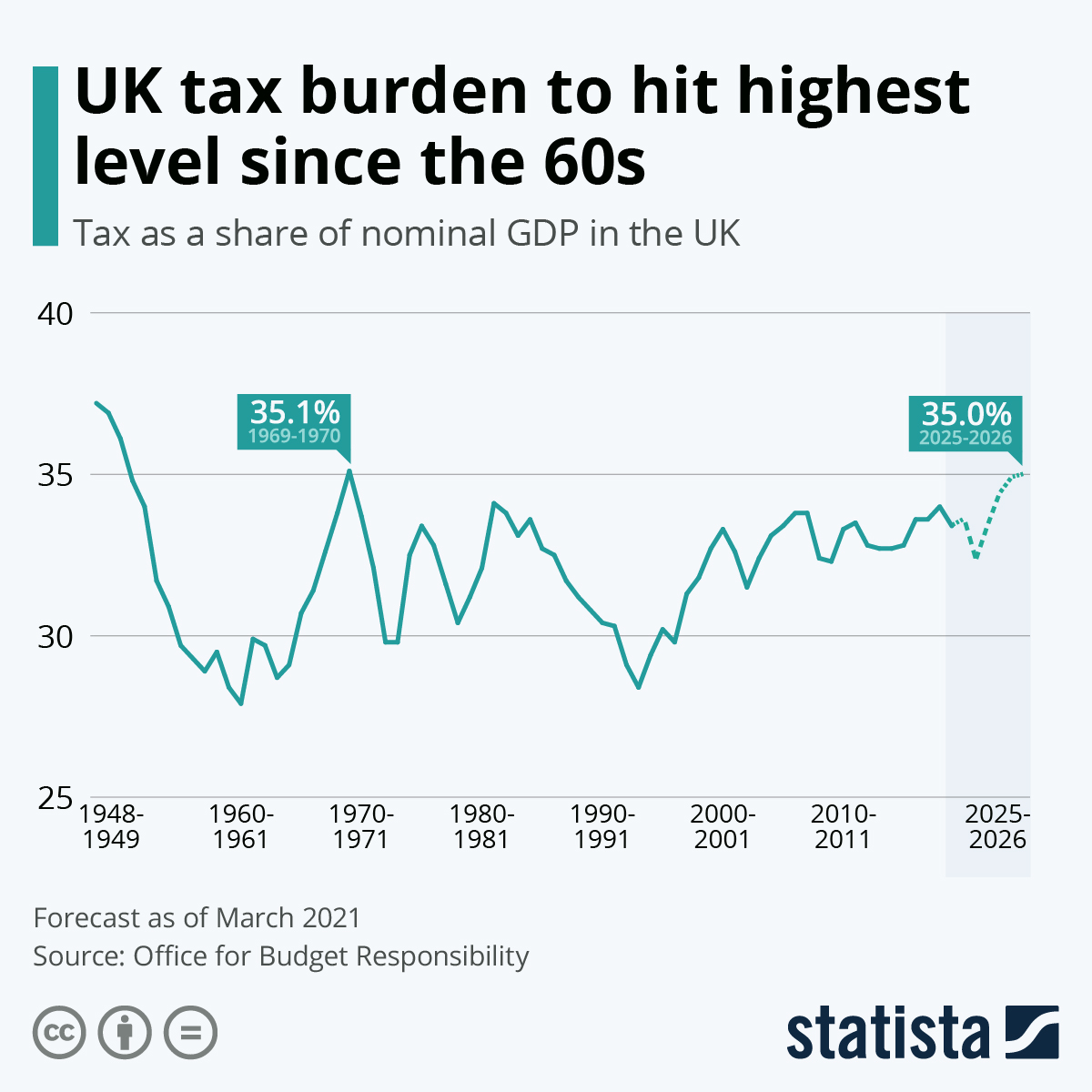 Due to the tax rises announced in the latest Budget, the tax burden forecast has increased from 34 to 35 percent of GDP in 2025-26 and as this chart shows, that will be the highest rate since 1969-70. According to the OBR, “over half of this increase is as a result of a 6 percentage point increase in the corporation tax rate to 25per cent.”