After January’s disappointing drop in confidence, analysts expected final UMich sentiment for February to rise modestly from the flash print and it did (from 76.2 flash to 76.8 final) modestly better than the 76.5 expectation, but sill below January’s 79.0 print. 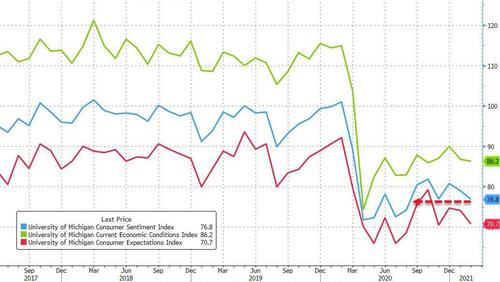 That is the lowest headline UMich print since August.

“The worst of the pandemic may be nearing its end, but few consumers anticipate persistent and robust economic growth in the years ahead or that employment conditions will be soon restored,’’ Richard Curtin, director of the survey, said in the report.

Buying Conditions tumbled across the board… 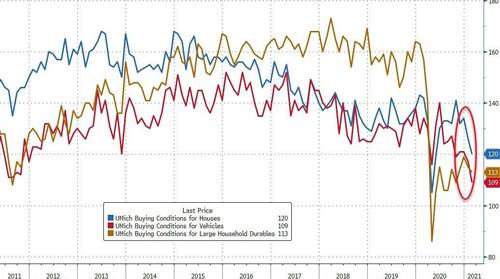 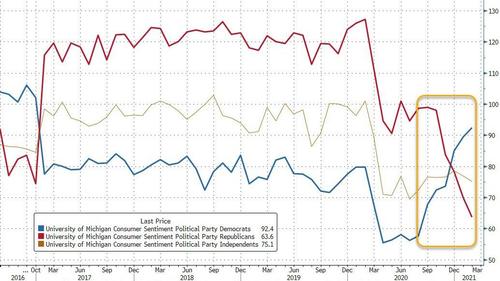 And as investors and policy makers are watching carefully for signs of inflation, according to the Michigan Index, consumers expect prices to rise 3.3% in the next year, which was the highest since 2014 and matched the preliminary reading.