UMich Sentiment survey was expected to have accelerated higher from its preliminary February print and it did, notably more than forecast. The headline sentiment jumped to 84.9 (from 83.0 flash and from 76.8 in Jan).

The gauge of current conditions rose to 93 from a February reading of 86.2, while a measure of expectations increased 9 points to 79.7.

That is the highest level since March 2020, right before the collapse in confidence.

A gauge of the economic outlook over the next year jumped 25 points to a one-year high of 108 in March. Buying conditions for durable goods climbed, with the university’s gauge also advancing to a one-year high. 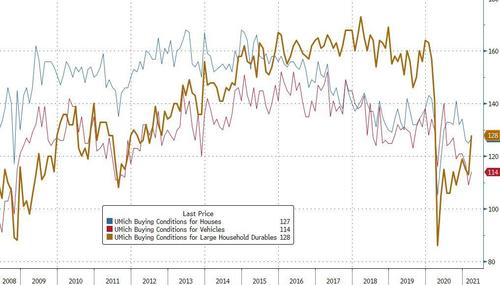 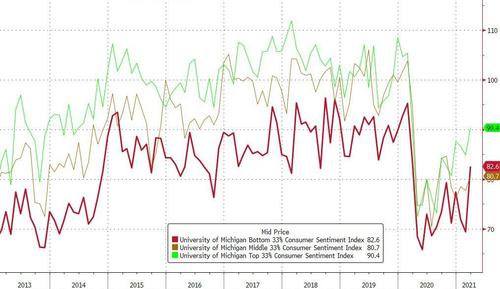 Consumers’ outlook for inflation over the longer term climbed to an almost six-year high. 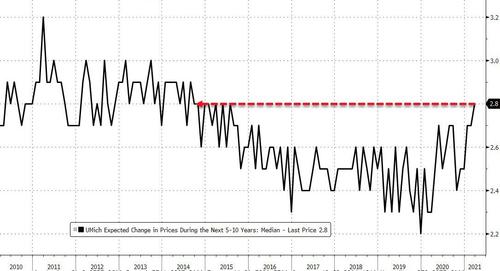 The reestablishment of an inflationary psychology will not occur immediately. Buy-in-advance psychology preceded actual inflation by about two years prior to 1980, with the lead time more variable and with no resurgence in the low inflation era. 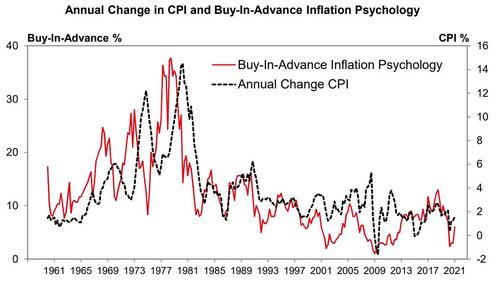 Finally, we note that confidence among Republicans upticked in February, after four straight months lower… 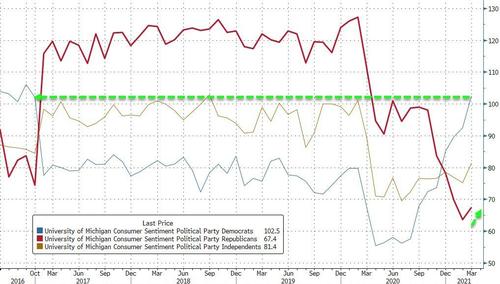